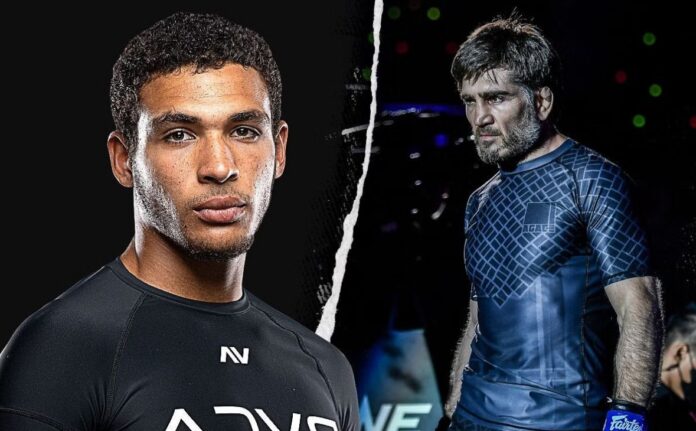 ADCC 2022 absolute bronze medalist Tye Ruotolo has another grappling super fight booked, marking his first return to the ONE circle after choking out Garry Tonon with a Darce choke in May 2022.

Tye Ruotolo will make his long-awaited return to the ONE circle, facing off against former ONE MMA featherweight champion Marat Gafurov in a submission grappling match.

Last time in the ONE circle, Tye Ruotolo shocked the world by submitting Garry Tonon, who we have seen tap on less than a handful of occasions with a very precise and tight signature Darce choke. Tye Ruotolo, who is a black belt under Andre Galvao has a very well-rounded game. He is extremely proficient at passing and top pressure, as well as strangles. Also, the two Ruotolo brothers claimed that their leg lock defense is so good even Gordon Ryan couldn’t tap them.

His opponent Marat Gafurov, while not a Jiu-Jitsu guy himself, has a very strong grappling background in Dagestani wrestling and is a rear-naked choke specialist. He holds the ONE record for the fastest submission in MMA to date (41 seconds) against Martin Nguyen. Gafurov also had 6 consecutive rear-naked choke finishes during his reign of the featherweight division in ONE.

How Gafurov’s grappling skills are going to measure up to one of the best young grapplers of today in Tye Ruotolo remains to be seen. Tye has scrambling skills that will come in extremely helpful against a wrestler like Gafurov.

Tye Ruotolo’s match is slated for the preliminaries, with his brother Kade Ruotolo in the co-main event as he looks towards his first lightweight submission grappling ONE world title defense against challenger Matheus Gabriel.

The brothers have been looking to be as active as possible on the competition scene lately, and are winning performance bonuses constantly, as they are looking to inject funds into their project of building a Jiu-Jitsu gym in Costa Rica from the ground up. 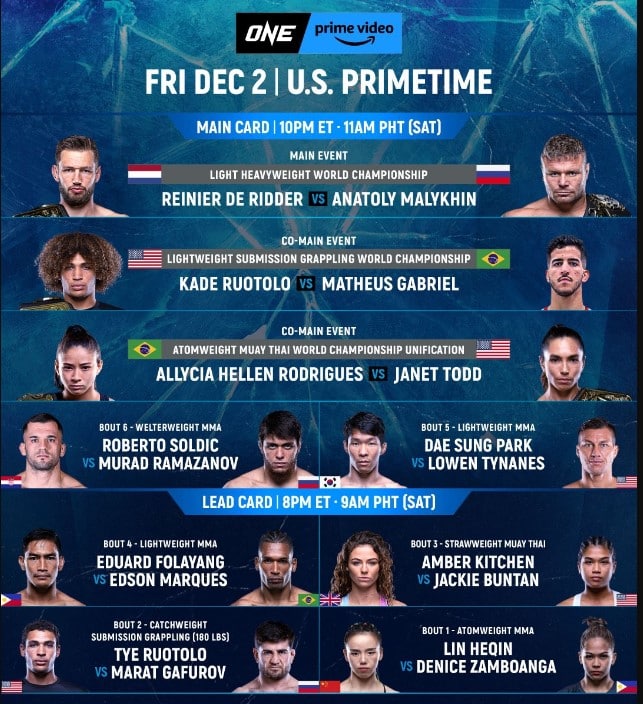