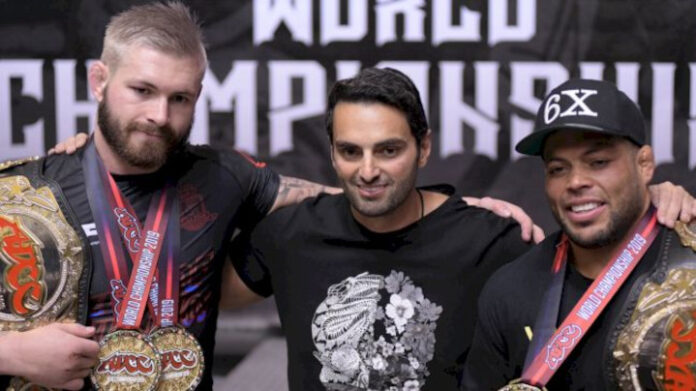 The ADCC is a grappling event that was founded in the early 1990s. It is known for being one of the most prestigious and well-known grappling tournaments in the world, with past participants including UFC legends such as Georges St-Pierre and Matt Hughes, claiming that it has become “a rite of passage for grapplers looking to transition into MMA.”

Grappling and jiu-jitsu have grown in popularity over the last 20 years owing to practitioners’ success in UFC, Pride, and other MMA organizations. Despite their popularity, submission fighters do not make much money. Since becoming ADCC’s flagship event organizer in 2019, Mo Jassim has witnessed this firsthand.

“Jiu-jitsu athletes don’t make money,” Jassim said. Moreover, ADCC itself hasn’t been profitable since 1998. But they’re on their way, finally.

Most grappling competitions, according to Jassim, take place in “high school gyms.” Meanwhile, the sponsors of these events are mostly other jiu-jitsu brands that don’t make much money, with the event organizers acting as sponsors.

“Their goal is to do everything as cheap as possible to make as much profit as possible,” Jassim said.

However, the tide is turning. Jassim sold 4,000 tickets to the ADCC tournament in September 2019, but he sold double that number in just 18 hours on Black Friday last year.

Atypical sponsors have taken notice, too, owing to the sport’s popularity and Gordon Ryan, who received a $100,000 sponsorship from WhyBitcoinCash. The amount is unprecedented for those that have been watching the game for any length of time.

“Gordon is doing things nobody else has done. He’s going out there, calling out how he will finish people–armbars, triangle chokes—and then doing it. And he’s polarizing, so haters will watch to see him lose, and fans will watch him to see him win,” said Jassim.

Jassim assisted in the arrangement, but ADCC isn’t making any money off it, unlike other events.

“And that doesn’t even take into account the venue’s cost,” Jassim added. Instead of hoarding precious attachment income—à la merchandise—he has implemented a profit-sharing plan to incentivize the athletes.

“We’ll be selling rashguards so that fans may purchase them. We’re creating an NFT photo gallery, minting them on-site, and athletes will get a fee. We’re making toys and collectible cards to help the fighters,” Jassim continued.

Ryan’s drive, talent, and audacity are at the heart of today’s hype in combat sports. He’ll compete against André Galvão, a six-time ADCC champion who hasn’t lost in almost ten years and could face Felipe Penna in the division finals.

“What Gordon has achieved is unprecedented. He would be the first person to do so in three separate weight classes.”

It’s a clear indication that Ryan is the real deal. Fans pay big money to watch something they love, and there’s nothing better than seeing two top pros in one cage for entertainment. It will then be up to ADCC and Jassim to decide who wins, but undoubtedly it will be a thrilling fight!