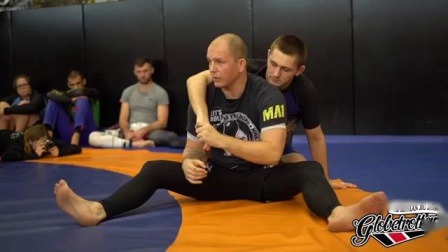 There is a new stream in BJJ developing fast and it is something that we haven’t really seen so far. Defensive BJJ is growing rapidly, and it is kicking off yet another evolution milestone in Jiu-Jitsu. While the defense has always been a part of the game, people were always training things to form a very limited perspective. There are people, though, that have been taking defensive BJJ to new heights lately, and some of these innovative concepts are starting to really cause trouble and get noticed. One such brand new position is the Panda, coined by Estonian black belt Priit Mihkelson.

The Panda position is a clear mark of how far Brazilian Jiu-JItsu has come along during the last few years. Up until a while ago, turning you back to someone was considered to be a mortal sin in BJJ, one that would get you choked out in an instance. The same held true for the bottom of the mount, side control, etc. Well, the tide is shifting, and as the positional play develops, we’re seeing a very different take on defensive BJJ lately. Just like it took proper positioning to make leg locks the deadly tool they are today, positioning is helping people discover a whole new way of defending. How do I know it works? Well, let me put it this way: if it annoys people while you’re’ doing it, there has to be something to it.

If you’re to have any hope of really learning defensive BJJ concepts, you’ll have to overcome your fear of going into bad positions. And, let’s face it – we all hate being in a bad spot. However, there’s no learning how to get out, unless you put yourself there, and start suffering. It is as easy as that. Actually, it will be the hardest thing you do, but you will have to embrace the suffering and change your mindset in regard to bad positions and escapes. 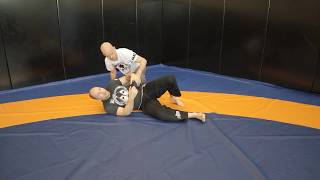 To that extent, there’s no more dogma about turning your back. I’ll stick to the back position as the example of the ultimate bad spot you can get caught into. Well, at least up until Priit’s stuff came along. Since the Panda addresses the back and turtle to some extent, I’ll just stick with this bad spot for now. Having someone behind you has always been considered a bad idea, regardless if it is grappling or striking martial arts there’s a lot of truth to that. Granted you don’t want to have someone behind you, but the fact of the matter is, in BJJ, someone is going to end up on your back at a certain point.

This is where the modern defensive BJJ concepts kick in. As long as you understand defensive postures you’ll do just fine, even with folks on your back. Think of every position, even a bad one as a guard in boxing. As long as you stick to the rules of keeping your chin down and hands up, you won’t get knocked out. From there on it is all about your own game. Well, defensive BJJ works just like that – you get a posture that acts as a safe spot, or a guard in every position, and deny all possible attacks to your opponent from there. The Panda is based on this principle and it works like a charm.

A Look At The Panda Position

What exactly is this panda position? I was amazed by the name at first, to be honest, and it is why I looked into it. If you’re’ interested in really getting to know the intricate details, check out Priit MIhkelson’s BJJ DVD on the subject. In the meantime,. I’ll try and explain it as best I can, given that I’ve been using it for almost a year now.

For the Panda, you want to be seated on the floor, and have your legs spread wide apart. This provides you with a base that makes moving you in any way that opens up attacks for the top person really difficult.

The positioning of your torso should be forward, leaning as far forward as possible without breaking your base that you established initially. It is best if you keep your spine rounded, but that’s not a rule set in stone. 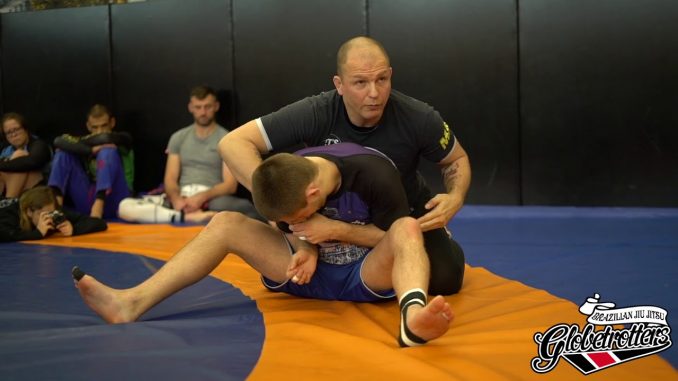 The thing that makes a real difference in this position is elbow positioning. Your elbows need to be glued to your body. In fact, they need to be glued to your hips, to be more precise while sticking out just slightly behind you. This will help give you that powerful defensive posture, as well as protect the inside space that anyone attacking your back will need to get to.

The panda position is a dynamic one, requiring constant light adjustments. When people try to pry open the elbows, you’ll have to adjust by changing posture slightly to make it harder for them to pull. When they try and attack your neck, you’ll keep your shoulders high and your back rounded, among other things. If they go for the legs you need to shift weight, or simply move out into guard (which will open up on its own). Finally, and most importantly, you need to keep your hand fighting all the time. Your palms are free anyway, and as long as you keep your elbows glued, you can use them to prevent, redirect, or manipulate the top person’s arms, and frustrate them even further.

The above is just an exploration of the Pnadap position, and not an instructional in any way, shape, or form. For that, check out Priit’s stuff. It is a look into a position that is part of the new form of defensive BJJ and as such, is contributing to changing the JIu-Jitsu landscape and toward the evolution of the sport. A position such as the Panda allows the bottom person to be static, while being active, staying safe throughout. Moreover, it will lead up to an eventual escape to a guard or even top position. This is actually the most interesting aspect of it.

When you’re working with postures and concepts in order to defend, you don’t need to react with a technique to everything that the top person is doing. In other words,s you’ll actually manage to escape effortlessly because all you care about is keeping your defensive BJJ posture intact. The opponent’s actions, which become increasingly more desperate as time passes will lead you straight into an escape, without you even trying. This is what makes all these positions and innovative concepts really appealing to me.

While this aspect of BJJ still has to be developed, and catch on, we will be seeing more and more of it at the highest levels of the p[sort. Similar to leg locks, as people are introduced to this stuff, they’ll have no answer to it. That will prompt even more experimentation in trying to figure out ways to beat the Panda and all associated positions,s evolving BJJ further and further. Normally, the Panda will evolve as well, in a loop that feeds itself over and over again. Exciting times are ahead of us!

The Panda position is one of my absolute favorites when I roll. Yeah, it slows rolls down, and it annoys people but I don’t’ care. In order to work on something, you’ve got to do it over and over again. And defensive BJJ means that you’ve got to put yourself in bad spots, suffer the torture and figure out how you can make defensive postures work for you. Give the Panda a try and very soon you’ll jump about the defensive BJJ train.