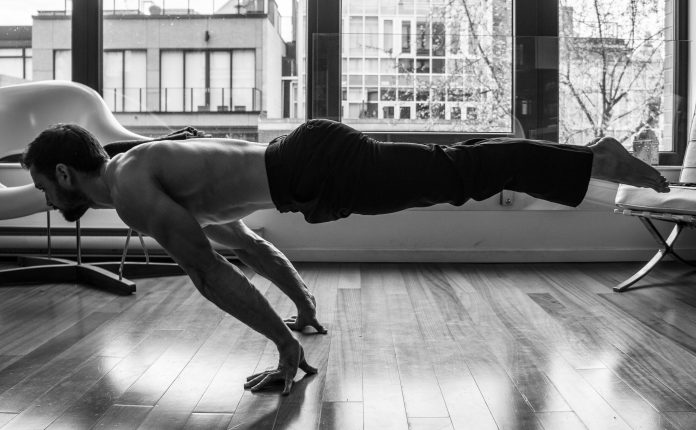 We’ve all marveled at those chiseled out athletes that perform the famous bar workouts in parks and outdoor gyms. They do all kinds of crazy things, like human flags and crazy balancing exercises that seem impossible. Well, there’s nothing crazy about them when you look into it, because all those exercises are gymnastics exercises. As such, they are notoriously hard to master, but extremely beneficial, especially when it comes to training for BJJ. If I had to choose only one exercise to improve grappling performance, it would most definitely be the gymnastic planche.

The gymnastic planche position is a very weird one. It looks deceivingly easy until you decide to try it. The moment you do, you realize that there’s absolutely nothing easy about it and that you won’t be able to master it quickly. That is perfectly all right as this exercise is the perfect example of how you can train your body to be functionally strong in a mechanically inferior position. The planche has a set of progressions that will help you master it over time, as long as you train consistently. The good news is that going through the progressions when training for BJJ won’t just teach you how to do the planche, but also improve your grappling multifold.

Contents hide
Training For BJJ: Gymnastics
The Hardest No Equipment Exercise Ever
Gymnastic Planche Progressions For Grapplers
All In All

I’ve said it over and over again that I believe gymnastics is the absolute best way to train for grappling. In fact, I think it is the best way to rain for fighting in general, and especially combat sports. Despite all the fitness mumbo jumbo out there, fighting is pure chaos. This is especially true when it comes to MMA, BJJ, boxing, wrestling, etc. You can’t ever hope to predict the positions you’ll find yourself into, which means you need to be ready to deal with stuff on the fly. And technical knowledge can only get you so far. 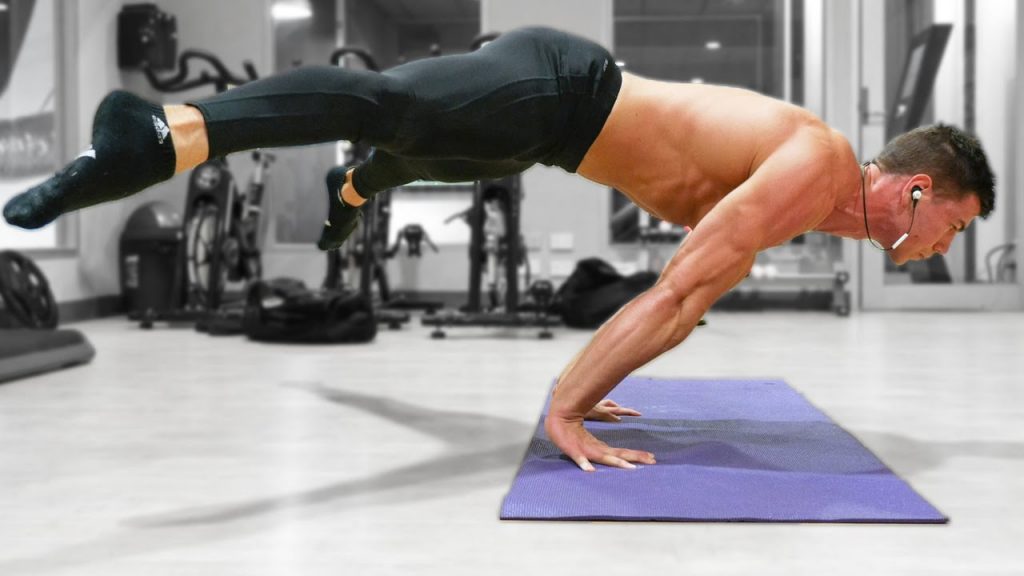 At a certain point in time, when two grapplers are evenly matched from a technical standpoint, athletic abilities will determine a match or a roll. And these abilities haven nothing to do with how much you can bench, or how many miles you’re able to run. They’ll have to do with bracing, balance, core strength, the ability to shift your weight, turn and move quickly, etc. It just so happens that there’s an entire sport revolving around those principles, and an Olympic one at that – gymnastics.

It would be dumb not to consider gymnastics as the perfect conditioning training for BJJ when it shares so many athletic qualities with grappling. Gymnastics is hard, and it does take more time to master the rally beneficial exercises, like the gymnastic planche. However, it is more than worth it, and it is a better long term option compared to running and weightlifting. Gymnastics offers biter recovery time and stresses the joints a lot less than other types of fitness training. Moreover, it builds connective tissue in addition to muscle tissue, which no other sport can achieve.

The Hardest No Equipment Exercise Ever

Okay, the gymnastic planche might not be everyone’s choice for the hardest no equipment exercise ever, but it certainly tops my list. I’ve barely been able to do it for a couple of seconds, and I’ve been working on it for nearly three years now. The benefits, though, of going through the progressions and trying to master it have impacted my Jiu-Jitsu in a very meaningful way.

The gymnastic planche is an exercise where you keep your body in a position similar to a pushup. It is a static exercise in nature, but it does have a dynamic version as well. More on that later when we cover planche progressions. The difference between a pushup position and the planche is that both your legs are completely suspended in the air. Yeah, that’s right. You need to keep your entire body straight, parallel to the floor legs out wide, and only balance on your arms. I know it sounds impossible but it is entirely doable, and even more so, anyone can learn how to do it.

There are plenty of gymnastic planche variations. It is a position used in artistic gymnastics, where only two versions are credited, making those two the most common ones. Those versions are the straddle planche and the full planche. In gymnastics, the goal is to hold the planche for two seconds, which is a statement to how difficult a feat heat is on its own.

The muscles working during a planche include, but are not limited to the biceps, shoulders, lats, traps, hamstrings, glutes, lower back, wrist muscles, and others. You can see why doing this exercise and any of its variations make sense when training for BJJ.

The gymnastic planche progression starts easy – in the pushup position. If you’re’ unable to hold the pushup position for 5 minutes, then you should probably build up to it before including planches in your training for BJJ. Another prerequisite is flexible wrists, so make sure you work on that before you go into planches.

That said, the first position to work on is the planche lean. In essence, it is a pushup position, where you shift your weight forward. Your arms need to be locked at the elbows. When you’re able to hold the position for 5 sets of 60 seconds with as little rest as possible in between, you can move to a gymnastic planche lean position with your feet elevated on a box. This will ultimately lead to you tucking your knees in, keeping just the top of your instep on the box, and finally, achieving a tuck planche, which is a huge milestone.

Once you can do a tuck planche, you can start using parallel bars to get a better angle and start learning how to shift weight in the tuck planche. By this time, it will have become your main exercise when training for BJJ performance.

The final progression sequence looks like the one you did initially. You’ll be aiming to hold a planche lean position, but with straddled legs, and you’ll be looking to lift one leg of the ground, positioning it in the straddle planche position.  The goal is to alternate legs for two-second holds. Then you move on to alternating pulling your knee towards your chest in a tuck planche-like fashion. The goal is to manage to pull both legs inside form the straddle lean into the tuck planche and back.

The gymnastic planche is a tremendous exercise when it comes to training for BJJ performance. It’ll teach you how to control your body, it will help you develop functional strength, it will make you injury-proof and it looks amazing when you’re doing it. Plus, with all the progressions it will take considerable time until you can achieve the full planche hold. Here’s the best part – the progressions above are just the fundamental ones – there are plenty of more advanced ways of performing the planche once you’re able to.