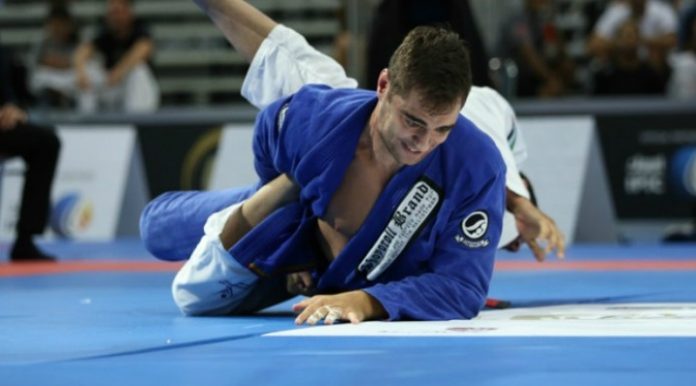 Have you ever heard of Oswaldo Fadda? He was a red belt of non-Gracie lineage that was among the pioneers of Brazilian Jiu Jitsu. He also managed to beat Helio Gracie’s academy after challenge the founder himself. Fadda’s students proved superior to the Gracie academy ones, winning the challenge fro Oswaldo. Their superiority over the Gracie academy students was due to their knowledge of foot locks. They utilized the BJJ ankle lock to great success, taking advantage of Helio’s contempt.

Although leg locks have remained vilified since the ankle lock managed to become a mainstay technique. It is a submission that is legal in all belts, in all competition formats. Even though the move is considered safer than toeholds and kneebars, it is just as effective if not more. Today’s modern leg lock game gave this submission even more option to shine. The positional approach of modern leglockers allows even more versatility when ankle locks are in question.

Execution Of The BJJ Ankle Lock

The ankle lock is far from a simple move in mechanical terms. The ankle is actually the most complicated joint in the human body. However, in relation to submission, the complex anatomy of the joint actually makes it weaker. The ankle consists of three main bones that are held together by a whole bunch of ligaments. It is these ligaments that are the main target of ankle locks, most of the time. In certain cases, a larger connective structure we know as the Achilles tendon is the focus of attacks. 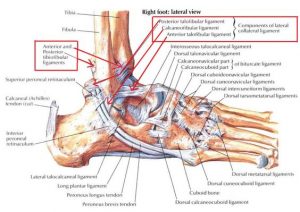 Structurally, it is important to have a proper grip in order to exert maximal force on the ankle. The grip used for ankle locks is very similar to the one used for the guillotine choke. The arm that goes around the ankle is crucial for the submission. Namely, a very specific part of the arm is considered to be optimal for the lock. As Dean Lister states below, this is the part of the forearm right above the wrist. The palm of the locking hand should be kept at chest level, helped up by the other arm.

The BJJ ankle lock can be finished in a few different ways. Ultimately, the goal is to create the proper angle by lying on the ground and extending. But before the hip extension comes into play, there has to be pressure. The best way to place pressure on the foot, considering that grips are in order, is with the help of the lats. A shrug of the shoulders, while tightly gripping the ankle, is going to cause a bend in the foot that increases the force upon the joint. This way, all the connective structures of the ankle are put under strain, as opposed to just the Achilles tendon.

High positional control is essential for proper execution of an ankle lock. As we discussed,  the ankle lock focuses on breaking the connection between the bones of the ankle. This is rarely the outcome, though, because pain usually causes the opponent to tap. Given that proper mechanics (grips and pressure) are applied there’s no escaping the BJJ ankle lock without injury. However, in order to be able to apply the breaking mechanics, one has to sufficiently control the opponent.

In terms of positional dominance, we’re going to focus on those positions legal in all competitions. Although not the most dominant among leg locking positions, the following provide ultimate finishing opportunities for the ankle lock. Remember, that control is crucial for a successful submission. In order to obtain control, positional dominance has to be acquired.

Translating as “leg entanglement’, the position has been named and made famous by John Danaher. The position is essentially a prone Single Leg X guard, with a few small but essential modifications. Namely, in the Single Leg X, the foot that’s on the inside is hooked around the same leg, whereas in Ashi Garami it hooks the opposite buttock. This allows for rotational control of the opponent’s hips. From there the same mechanics as above apply. A good grip and tight pressure should be applied, before going down on the shoulder and using the hips to finish the submission. Defense is scarcely successful once a strong Ashi Garami is obtained.

The 50/50 is still considered by some to be just a stalling position. However, it can be far more than just a sweep exchanging situation. In terms of leg locking, a very tight BJJ ankle lock can be applied from the 50/50 guard. The mechanics are a little bit different than with Ashi Garami, but the same principles apply.  Since the leg is across the attacker’s body in 50/50 the locking arm goes around the ankle from the opposite side. In order to finish, the leg should be kept on the top side, and a twisting motion is done in place of a straight hip extension. Check it out below:

The tripod ankle lock is fast and effective, available from two main situations. Firstly, it is a great option to grab an ankle lock from the top position. Secondly, it offers a fast and effective counter to an opponent escaping Ashi Garami. In both situations, the point is to end up in a belly down situation, with the same grip as before. Both legs and an arm, or the head should be touching the ground, thus forming a tripod. The finish is the same as in a belly down armbar – a simple hip extension.