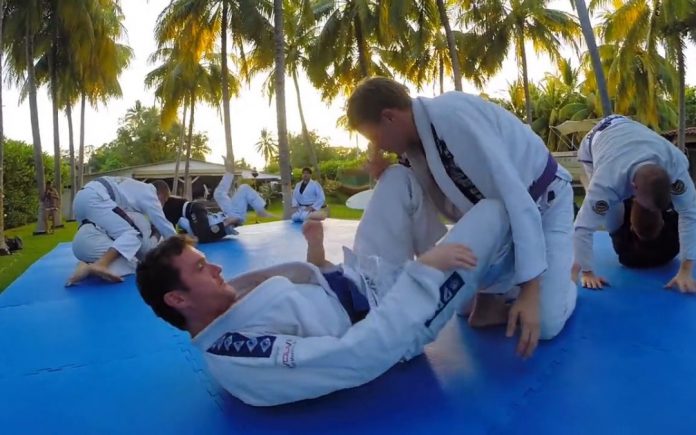 Rolling is by far the most interesting and fun aspect of training Brazilian Jiu Jitsu. It is arguably the most anticipated part of the class and it is newly acquired knowledge gets “battle tested”. And that there is the actual intention of going for a roll – learning something. Not learning the way you do when you drill technique, but learning how different people react to the moves that you’re looking to develop.

Although it may seem like a chaotic scramble to the untrained eye, a BJJ roll is a highly technical affair. Contrary to the initial appearance, the goal is bringing order to chaos and exerting maximal control over an opponent. There’s a method behind all the apparent madness of a roll and it’s quite simple – to improve your Jiu Jitsu.

A roll can be approached in a variety of ways, all stemming from the initial goal of the practitioner. There’s the white belts’ favorite way of going all out, berserker-style and exhausting yourself after every roll. You may utilize the competitor approach and go for specialized moves that make up your competitive gameplan. The older grappler would most likely employ a defensive approach and focus on counterattacking strategies. Finally, the brown/black belt who’s in an experimental phase would look for a partner willing to flow roll in order to polish out fine details.

No matter which approach you take, keep in mind is that you’re in class to learn, not fight. First and foremost, rolling is a teaching tool aiming to develop as close to a real scenario to a match, as possible. During a roll, you get to experience all the different way in which a technique or a move can fail. Yes, it’s all about how a move can fail, before you can ever think about it succeeding.

If you’ve ever competed you’ve most likely lost, unless you’re the next big thing in Jiu Jitsu. Joking aside, even if it’s the first tournament you’ve ever grappled in, the impressions you take away from the match(es) you’ve lost are always more lasting compared to the ones you’ve won. And that’s precisely as it should be. Failure has more of an imprint than success, which leads us to strive to avoid it at every cost, thus making it a valuable learning experience. Because, after the first time you got reversed when you had topside control, and lost the match as a result, you’ll never make the same mistake again. Another mistake with the same outcome, maybe, but it’ll also add to the lessons you’ve learned.

Since we agreed that rolling is a great tool to simulate a match environment, the same idea applies. Focus on where your moves fail and you’ll discover how to execute them correctly down to the smallest detail. 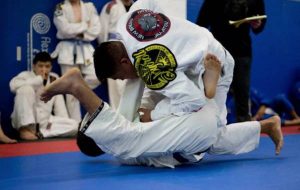 Now that we’ve cleared up the purpose of rolling let’s focus on how to approach different training partners. In simple terms, adult BJJ belts range from white to black in a total of 5 colors. So, let’s say that there are 5 levels of opponents available to roll with. Let our representative be an experienced purple belt with a couple of stripes.

At purple belt, individuality comes to the surface defining the style of Jiu-Jitsu of the athlete. The first in-depth insights into the essence of BJJ are developed at that level and a lot of experimenting is done.

In a roll with a white belt that’s been around for 6 months, our purple belt is going to dominate. And nothing less is expected. In the second round of rolling, he/she goes for a fresh blue belt and brushes past him as well although with more effort. The next roll requires him/her to be even more focused as he/she entangles with the blue belt that’s about two classes away from receiving a purple.

It’s clear that even in the “lower tiers” of a class, there are levels that dictate how a roll should be approached. In this context, I completely agree with the famous John Danaher, that for improvement you have to roll with lower belts. When you roll with those below your rank, you can try new things out regularly and discover what works for you.

If you’re learning a certain technique, a white belt would be the first partner to attempt it with. Once our purple belt can successfully apply it to all levels of white belts, it’s time to move on to the blue belts. Again, going through the ranks, the technique gets even further polished and can now be attempted at a higher level.

How to roll with a higher belt

Our imaginary purple belt has finally fine-tuned his move (let’s say it’s a guillotine choke)  and is ready to attempt it against other purple belts. Already fine-tuned through rolling, the choke now needs only minimal improvements to work. And so it does, opening the door to the real test – brown belts.

By the time our purple belt friend got to attempt to guillotine brown belts, his known for the guillotine. Half the population of the academy is already complaining about his/hers guillotine choke. And the sternest test still awaits. It’s going to take at least half the amount of time it already took, to work out all the kinks and make the move work on higher ranked opponents. Once it works on brown belts it can be added to the competition moves arsenal.

In the final attempts to become known as the next Daniel Strauss, our purple belt starts to look for the guillotine against black belts. In all honesty, this is the time of managing expectations. The biggest indicator of success here is recognizing failure. Because our purple belt has his/ her work cut out if they think they’re getting a black belt straight away. Failure, once again, becomes the teacher and the goal is to start decreasing it with every roll. Meanwhile, the purple belt is now a 4 stripe brown belt. And he/she finally has that world-class guillotine.

Make sure you use rolling to improve your game appropriately. Use lower ranked partners to learn the mechanic of the move. Perfect the entries and transitions with same level partners. Check out the effectiveness of what you’ve developed against higher belts. Ultimately, learn how to form black belts. That’s how you should roll in BJJ.