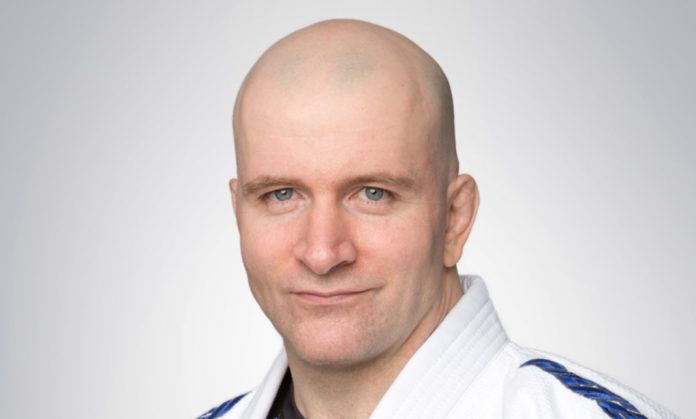 Okay, so THAT Joe Rogan Experience Podcast episode finally materialized. The black belt comedian managed to get one of the most elusive and enigmatic BJJ personalities on his MMA SHow. More specifically, the 11th episode of the JRE MMA Show. 3 weeks ago the world got exposed to the captivating brilliance of Coach John Danaher. The famed Renzo Gracie black belt did not disappoint and spent about half of the show dissecting JIu-JItsu with Rogan.

Not only did Rogan manage to get John Danaher on the show, but he got him talking. Now, three weeks and multiple replays later, the dust has kind of settled. After the original awe died down a bit, it is time to analyze Danaher’s philosophy and views. It is irrefutable that his approach has changed BJJ forever, but it was (and still is) a very tightly kept secret. For die-hard John Danaher fans like myself, who closely follow the New Zealander on Instagram, there weren’t that many new things. However, the few previously undisclosed principles are pure gold. In truth, even the stuff he’s already written was well-spoken and explained in detail.

Who Is John Danaher?

John Danaher is a Renzo Gracie black belt who is originally from New Zealand. Interestingly, he started grappling at the ripe age of 28, while working as a bouncer in New York.

His original intention when he migrated to New York was to become a professor of philosophy. Correspondingly, he enrolled in Colombia University’s Philosophy Ph.D. program where he held a teaching job. In addition to teaching, he worked as a club bouncer which is how he got exposed to BJJ.  Always looking to improve in martial arts terms, he ended up at Renzo Gracie’s Academy in NYC. After demonstrating pure obsessions with the art, he became an instructor when he was a purple belt. From then on, it’s history.

John Danaher went on to develop the most effective BJJ leg lock system, along with the athletes to prove it. Curiously, it was Dean Lister that influenced Danaher’s decision to start exploring the realm of lower body limb attacks. His Danaher Death Squad reigns through heel hook terror on the No-Gi competition scene, from EBI to ADCC, leaving no doubt about the efficacy of the system. 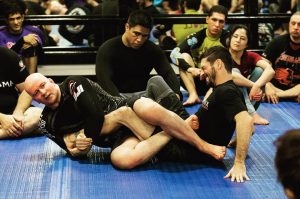 John Danaher’s opinion on Reasons Why Leg Locks Were Ignored

In traditional Jiu-Jitsu, leg locks were considered a cheap move. Even the rules of the world’s largest organization, the IBJJF, outline this school of thought. Up until the white belt, only ankle locks from a very specific position are allowed. Later on, toe holds and kneebars can be introduced, but would still be considered “lesser” moves than upper body attacks.

According to John Danaher, there are two main reasons why people avoided leg locks for so long:

During the Rogan podcast, Danaher debunked both these myths without question. In terms of the “danger”, that leg locks present, Danaher’s first evidence was statistics. It is clear that most of the career-ending injuries in BJJ actually come from techniques considered safe even for white belts. It is mostly the takedown game and jumping guard that result in horrifying knee injuries. Leg locks are no more dangerous than armbars, resulting in the expected and not serious odd injury here and there.

As far as the second point goes, there’s no need to look for proof further than the Danaher Death Squad. Holding most of the EBI titles as well as ADCC titles and medals, the squad has proven that leg locks are just as, if not more, effective as the highest percentage submissions in BJJ.

To sum it up, as Danaher puts it, the two points contradict each other completely. It took Danaher to point out that if leg locks were as low a percentage as advertised, then how could they be so dangerous? Makes you smile, doesn’t it?

Let’s take a look at the main principles behind the system that John Danaher developed to perfection. To begin with, he doesn’t see leg locks as one-off moves, but rather as a complete system of controllable positions that end in submission. As such, he has developed his system as a hierarchy, with clear transitional paths from lower towards higher control positions.

His leg lock system (along with his other successful systems) revolves around four main principles:

In the words of John Danaher, they are force multipliers that can make the weakest man strong. As such, they lead to the one thing Danaher seems to value above anything else – control.

In the Rogan interview, Dahaner pointed out that he prefers control over the position. That said, positional mechanics are essential for a high degree of control. In terms of utilizing the aforementioned principles, he mentioned two aspects that involve most of the four. For one, Danaher stated that for a successful leg locking game, one must aim to have both feet on the inside of the opponent’s legs. Considering that this mostly takes place during entries into leg locking positions, this is where the Kuzushi principle comes in.

In terms of controlling the position, dubbed Ashi Garami by Danaher, on the podcast he focused on control of the opposite leg. What he meant is that control over the free leg takes away the opponent’s possibility to base. All three remaining principles apply here – Lever and fulcrum to control the leg, Wedging to restrict movement, and Directionality of force to apply to break mechanics for the submission. As I said, brilliant!

One more captivating philosophy of Danaher is his definition of Jiu-Jitsu. After grilling Rogan on his 10th Planet roots, Danaher put him in the hot seat in true professor fashion. He interrogated Rogan leading him to the answers to the main principles behind the whole art of BJJ.

Namely, what Danaher made Joe realize is that BJJ is essentially made up of four distinct steps. The first one is the standup portion of BJJ, revolving around throws and takedowns. After the fight hits the ground, getting past the opponent’s legs becomes imperative. Once the legs are out of the way, it’s time for the hierarchy approach. Namely, Danaher preaches working through pins and positions that gradually increase the control you have over someone, while at the same time, taking away their defense options. The last step of the process is applying a finishing move in the form of a submission.

When the system fails

What made most of the BJJ world facepalm is the place of leg locks in this foundational Jiu-Jitsu pattern. Danaher fits leglocks in the scenario where this traditional system fails. In accordance with the four-step method of BJJ, the top position is emphasized throughout the pattern. As such, the bottom position is seen as inferior and that is where most of the leg lock attacks start from. Originally, leg locks were seen as a way to cheat the system for those who couldn’t get through it.

Danaher, however, realized that leg locks are subject to systematization as everything else. Instead of insisting on the top position, he gave a structured dimension to the bottom position. From there, one can attack going through the leg lock hierarchy or attain the top position, in which case, the four-point system is back on.

The rashguard-loving coach definitely left the BJJ community with much to ponder!

Why Does John Danaher Always Wear a Rashguard? Mystery Solved!