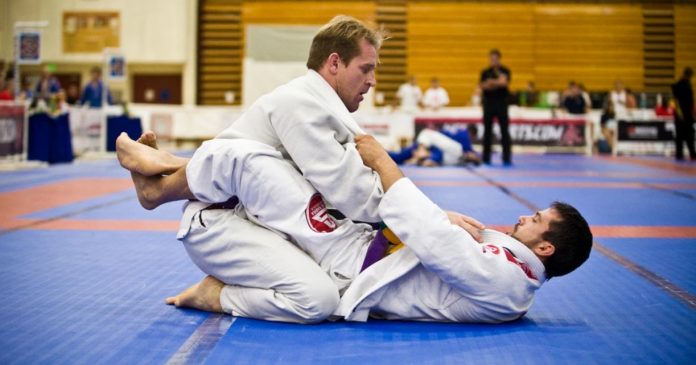 Love it or hate it, you’re going to end up in the closed guard. Passing it is a nightmare on its own, but playing a closed guard with success is also not an easy task to accomplish against another person that also knows grappling. In that sense, toady’s focus is going to be on the BJJ Closed Guard game from the bottom. There are now so many different ways of playing guard that is ti very easy to get confused. My take on the closed guard is to remove all the gibberish and implement a three-step formula that’ll help you be efficient against anyone, in both Gi and No-Gi. Simple is best!

The reason I started looking into the closed guard, trying to “dumb it down” was seeing some of my students performing in a competition. One purple and one blue belt, in particular, really, have a knack for all the new guards, particularly lapel-based that are popular now. As such, I let them drill and play around with those concepts, hoping one day they can teach me. As it turned out, in that particular competition, both ended up in the BJJ closed guard position by default. From there, they couldn’t find ways to go to their fancy guards and establish their games. So, I decided to take them (and everyone else ) back to closed guard, but from a different perspective.

Hacking The BJJ Closed Guard Once And For All

The BJJ closed guard poses a lot of questions, just like any other Jiu-Jitsu position. Do you grip the lapels or the collar? What about cross grips, or using the lapels for fancy guard combinations? Sweep or submit? Attack by breaking posture, or making opponents lean backward? All these questions usually have a specific answer. That means that you get an answer for each question you ask. The problem is, there are countless questions, meaning there are countless answers, and that all boils down to so much information that you won’t be able to recall anything when you actually need to use the closed guard.

So, why not choose a simpler knowledge retention model? My approach was to ask the one best question you can ask about anything in Jiu-Jitsu – why? In this case, the “why “refers to why the BJJ closed guard works as a primarily defensive and secondary, offensive position. The answer is easy – because you can control highly specific parts of your opponent’s body, while also being able to use your own body to start attacking sequences. However, there’s a hierarchy, or better said, order to things when you’re in the closed guard. Well, at least if you want to be effective.

If you notice, I focus on the “why”, rather than the “how” trying to reduce the number of possible answers to one – the most fundamental one.

Why are we safer in the BJJ closed guard as opposed to all other positions? The answer is easy – we control the only free limbs that could be used against us – the arms. IN a closed guard, the top person is sitting on their legs, effectively taking them out of the equation as weapons. That leaves the arms as the primary source of trouble, whether it is striking, or pure grappling.

When we look at it like that, the answer why we’re safe is extremely easy – we control the arms .that means that the moment you end up in the BJJ closed guard position you need to get double wrist grabs. Whether you go from thumb up No-Gi wrist grabs, thumb down wrist grabs, sleeve grips, or something else, is completely down to you. The goal is to control both arms. When you achieve that an opponent won’t be able to strike, they also won’t be able to establish purposeful grips and start opening your guard to get past the legs.

Most importantly, double sleeve/wrist grips are very easy to control. As long as you keep your arms loose, you’ll be able to follow your opponent’s arms wherever they move. Plus, you can use the grips to set up attacks of your own (as you’ll see later on).

Now that you’re safe, let’s look at the second piece of the puzzle – preventing your opponent from changing position. In other words, why does the closed guard allow us to control opponents so effectively? The answer is – your knees. Yup, it doesn’t have anything to do with your crossed ankles. If you want to be effective from the closed guard you need to focus on keeping your opponent in between your knees. That means that you can have your ankles uncrossed behind them and they’ll still think they’re stuck in closed guard. The focus is on keeping their rib cage in between your knees. 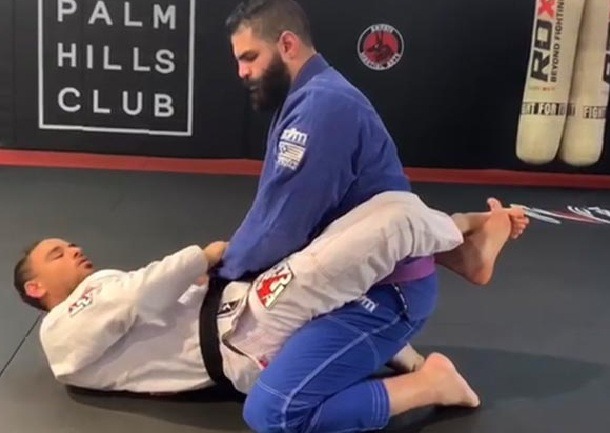 Think of the BJJ closed guard as reverse back mount. If you had someone’s back, you won’t be looking at your feet to keep them there, but rather your knees. If an opponent is between your knees, you can control them from the back. The same is true from the front- keep them between your knees and you’ll never tire out your feet ever again. Plus, the control is much more difficult to escape from.

The reason we have such great control over someone from the closed guard is that we have our legs, (particularly our knees0 in the space between their armpit and their knee. Whoever controls that space, has the advantage in grappling. Combine this with the wrist/sleeve grips, and now we are in control over the most desirable area of an opponent’s body, with our strongest body parts (legs) while they can’t reach the same parts of our body to try and control us. The perfect storm is brewing.

Let’s just go over the two points above before we go on. First, to stay safe in the BJJ closed guard, grip the wrists/sleeves of an opponent. Next, control their movement by placing their torso/hips in between your knees. Now, you’re not just safe from attacks but have also limited where an opponent can go. That means you’re ready to do some attacking of your own.

Which brings us to the final big why of the BJJ closed guard – why is the position so often used to attack? Well, the safety and control you already have, gives you the ability to break the opponent’s posture. Once you have the posture, in addition to the control and safety, you have your opponent in a very vulnerable position. 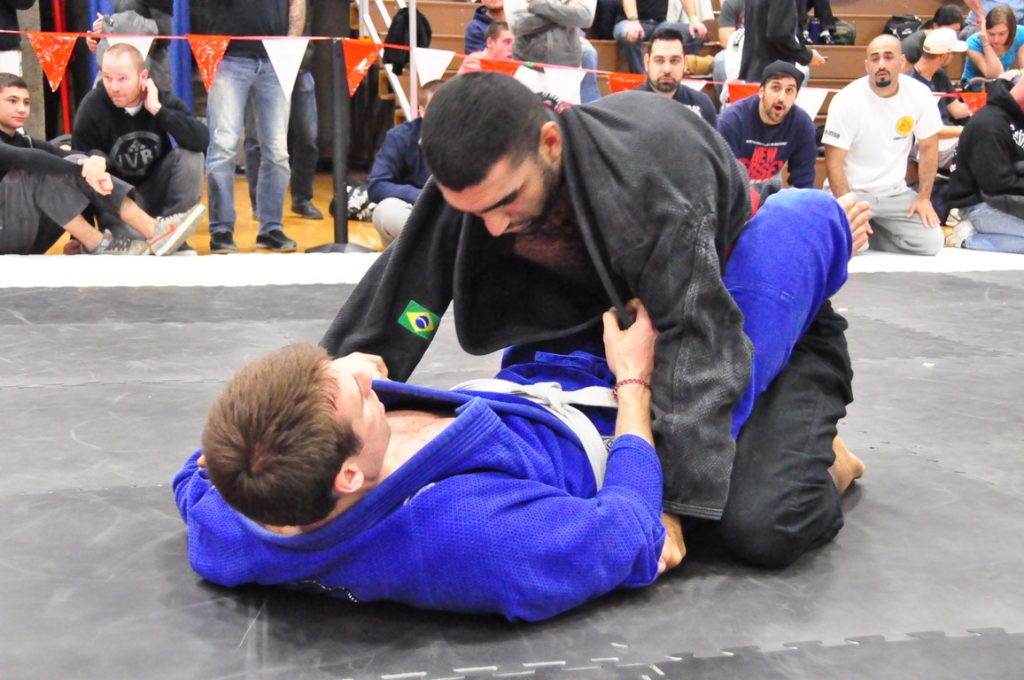 Breaking the posture is easy from the closed guard because you can use your powerful legs to pull the opponent towards you. Don’t focus on their posture but rather on the goal of trying to touch your own knees to your shoulders. Combined with a double wrist grip, nobody will be able to prevent it. Once you have an opponent al broken down, you can start setting up any attack that you wish. Yes, now you can release a grip, r both, and start doing your thing, It may be high guard attacks, you might be going for guillotines, wristlock, cross chokes, any closed guard sweep or trying to arm drag to the back. Now that you’re safe, have control over an opponent and you’ve broken their posture, you can do pretty much anything you want with them. And all that without breaking a sweat.

Let’s recap. You find yourself in the BJJ close3d guard. Immediately go for the double wrist/sleeve grips. Now, you’re safe from strikes, grips, and any other immediate threat. Next, focus on placing your opponent in between your knees, rather than squeezing with your feet. The aim is to control the space between their armpit and knee with your thighs. Finally, break the posture by pulling or tilting with your legs, rather than trying to pull with your arms. Now you’ve got an opponent neatly tucked with a bow and ready for any attack you might fancy. Lazy BJJ at its best!