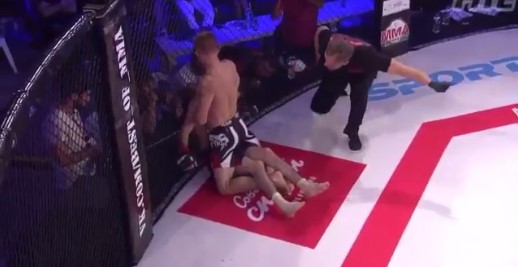 Weird situation happened on ACB64 MMA event. Nashko Gaev was choked out in round 1 by his opponent Denis Mutsnek. Before he dropped his hands he even did a tap.

Referee was very close to action and he went to check if Nashko was conscious and he suddenly appeared moving his hands and starting to defend. The fight was not stopped and in second round Nashko Gaev Knocked out his opponent with a knee blow to the head.

The main question is, should the referee stop the fight there?