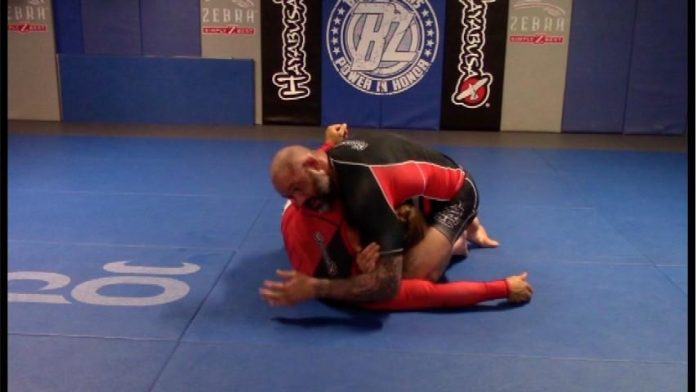 When you get into Brazilian Jiu-Jitsu, you get into the deepest part of a very densely shark-infested ocean. Once you survive it and start to really experience the gentle Art, for many people, that feeling of utter helplessness usually remains in the past. Okay, you get manhandled by the occasional high-level competitor and most black belts. However, as you yourself get near the black belt, it becomes unthinkable to experience that same level of torture you did in the first few months of BJJ. Then, an experienced wrestler walks through the door, wearing a white belt and shatters all your preconceptions and illusions of grappling dominance. And getting smashed by wrestlers, even as a black belt, is one of the BJJ problems everyone is going to face as a grappler.

“Leave your ego at the door” is one of those BJJ quotes that everyone knows and repeats. However, very few are actually able to do it. In fact, the most ego-driven people in Jiu-Jitsu are white belts and black belts. the former think they can resist everything, particularly if they’re big. Very soon though, they learn the truth. Black belts, however, are a whole different type. They’re all too eager to admit defeat at the hands of world class black belts and other superior grapplers. However, when it comes to “losing” at the hands of a white or blue belt, that black belt ego reaches new heights. This ego is just one of many BJJ problems that we’re all too familiar with.

The Power Of Wrestling

Not long ago, Ben Askren went on to criticize the organization of a common BJJ class. For most people out there, it made a lot of sense. However, that’s just about as far as they’ll go. Even top competition oriented gyms are not willing to change the laid back way of the BJJ class structure. On the other hand, there’s your usual wrestling class. It is high paced, it is extremely physical and only the warm-up is probably going to kill your everyday BJJ practitioner. 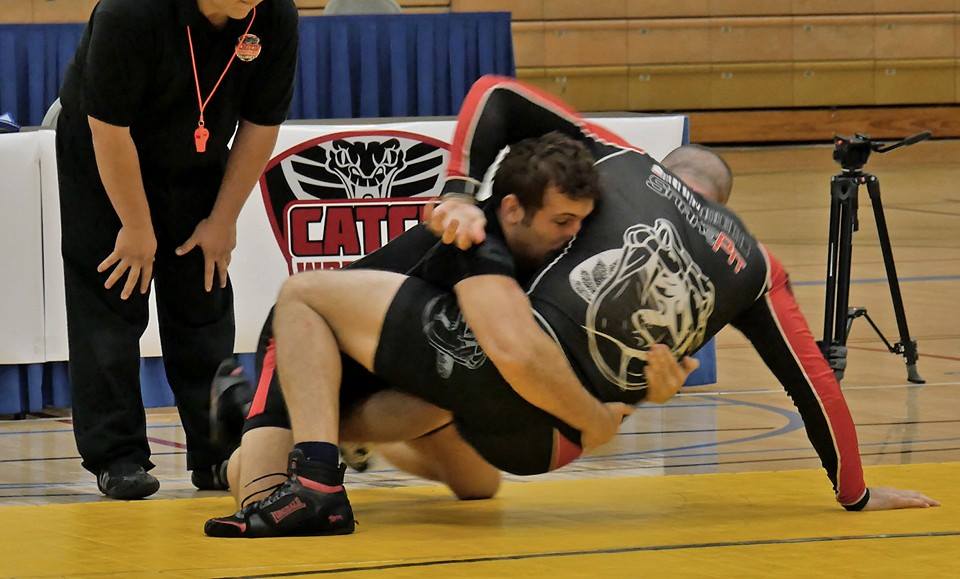 Wrestling has been this way for years, and there’s a great reason for it. If you want to truly become a grappling machine you need to make sure your body can handle it. It is not that wrestling is all about power and strength. On the contrary, it is a highly technical grappling martial art that requires years to master. However, the way wrestlers learn grappling is different from any other grappling martial art in the world. They focus on training like crazy in steamy hot rooms and tend to exhaust themselves before technical practice even begins.  That’s how they develop not only a winning mindset and extreme technical knowledge, but the power to beat any other grappler without breaking a sweat.

This is precisely what one of the most common BJJ problems is. Jiu-Jitsu people have a hard time dealing with the power of wrestling as a whole. That includes technical knowledge, the mindset to prevail and the raw power and strength to turn every exchange in their favor. As BJJ grapplers we can either try and solve this problem wrestlers bring to the mat. Or we can learn from it and develop our art further to include similar training modalities in order to even the odds.

Brazilian Jiu-Jitsu vs. wrestling is a rivalry as old as BJJ. Granted wrestling has been around for a much longer time, going back to ancient Greece and India. BJJ is a fairly new grappling martial art, but it is completely unique in that matter. Both arts have a lot to offer which is exactly why MMA fighters train in both on a regular basis.

In terms of goals, BJJ focuses mostly on ground fighting and controlling positions in very intricate and elaborate ways. Moreover, it places a strong emphasis on submissions as a means to an end. Wrestlers, on the other hand, focus mainly on getting the fight to the ground via a myriad of different throws, trips, and takedowns. That said, they also have a groundfishing portion where the focus is on pinning the opponent to the ground.

In terms of training methodology, in BJJ you warm up extremely lightly, do a technique and then try it out with position sparring. Afterward, it is were rolling time which mostly starts from the knees. Wrestling, on the other hand, uses a much more physical approach. They also use a system of drills that they repeat over and over again. To that extent, in wrestling, everything is live sparring, as opposed to Jiu-jitsu. And that’s why dealing with wrestlers is one of the toughest BJJ problems to solve. 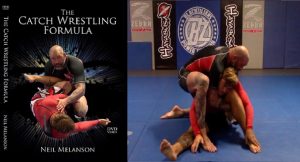 “The Catch Wrestling Formula” DVD set by Neil Melanson is the perfect way to introduce some crazy wrestling into your BJJ. From brutal submissions and crazy setups to the wrestling no-defeat mindset, everything you need is in this instructional!

When Technique Doesn’t Conquer All

So back to our fundamental BJJ problems. When a wrestler with no experience walks through the door of a BJJ academy, people usually tend to underestimate him/her. Very soon, that impression changes. Starting from the lowest tiers of white belts, wrestlers quickly move up towards the higher belts. That said, they might get submitted by a brown/black belt, but they’ll cause l kinds of trouble to them all. In fact, it is not giving up a submission to a wrestler that is the real problem. It is getting manhandled in a way that’s reminiscent of early training days that scares black belts. 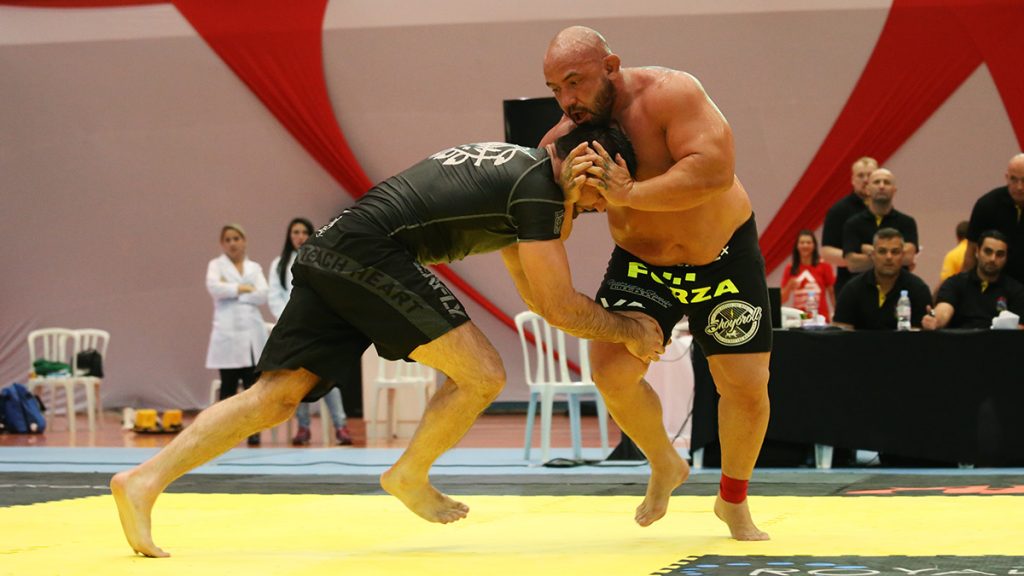 The trouble here is that such an approach to grappling is a real cold shower on the notion that technique conquers everything. Well if you’re a 155 lbs black belt and are up against a 220 lbs D1 wrestlers, there’s no amount of technique in the world that’ll get you out of it. A wrestler can literally play with you like a baker with pizza dough. And that’s at the core of one of the biggest BJJ problems- what to do with wrestlers.

As far as simple solutions go, there is only one. We need to integrate certain aspects of wrestling training into BJJ if we’re to even the odds. That doesn’t mean training like wrestlers, but it does mean adopting some modalities. If you ask me, adding writing-style drill training to BJJ is the best way to get the best out of both worlds. Who knows, it may just solve our unsolvable BJJ problem here!

All in all, wrestlers are too powerful and stubborn to concede defeat at most other grapplers out there. It will take a special blend of skill, tactics, and power to get the upper hand over them. To that extent, if we can find a way to achieve these, we’ll solve one of the most common BJJ problems of today. And get back some pride and further inflate those egos that we claim do not have.