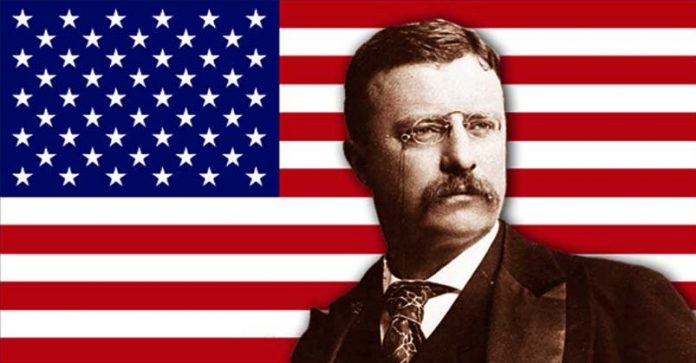 The article that appeared in the New York World on March 20, 1902, revealed that President Roosevelt was training Jiu-Jitsu under Professor John J. O’Brien of Boston. 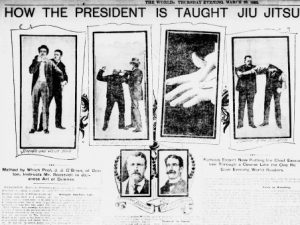 The article notes:
“Prof. O’Brien learned the Jiu-Jitsu tricks in Nagasaki, Japan, where he was formerly an inspector of police. He has holds which can be used in all circumstances under which a man may be attacked.”

“Roosevelt hopes soon to be able to break the arms, legs or neck of any Anarchist or thug who may attack him.”

Not much after that president, Theodore Roosevelt trained Jiu-Jitsu under the most notable Japanese Jiu-Jitsu instructor Professor Yoshitsugu Yamashita. The pioneer of Judo in the US Yamashita was the first person awarded with a 10th-degree black belt in Kodokan Judo. He was also a direct student on a Judo Legend Jigaro Kano. The interesting part is that Roosevelt was taught the same Jiu-Jitsu that Mitsuyo Maeda was teaching Gracies.

According to Yamashita Theodore Rosevelt was training Jiu-Jitsu for 3 years, 3 times per week. He also talked about Roosevelt for the New York Sun on September 27, 1914. He said that Roosevelt was his best student who was very heavy and impetuous and it cost him many bruisings and infinite pains during Theodore’s rushes.

Theodore Roosevelt’s letters to his children

According to Theodore Roosevelt’s letters to his children, we can see that he was training Boxing and Wrestling before he took classes from Jiu Jitsu. And in his letters, he made a comparison between wrestler Grant and Jiu-Jitsu Professor Yamashita. It’s a very interesting read as it’s probably something we know now and Roosevelt was saying that more than a hundred years ago. 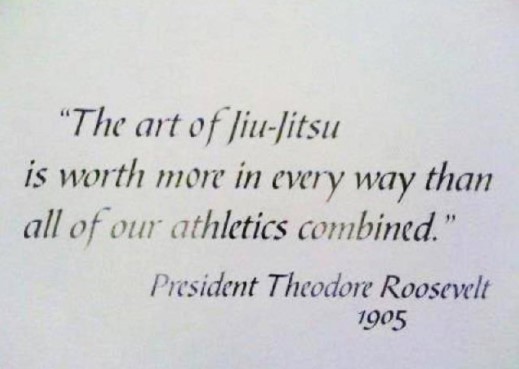 The first Theodore’s Letter to his son Sturgis

Last year, when I had Professor Yamashita teach me the “Jiudo”—as they seem now to call Jiu-Jitsu—the naval attache here, Commander Takashita, used to come around here and bring a young lad, Kitgaki, who is now entering Annapolis. I used to wrestle with them both. They were very fond of Archie and were very good to him. This Christmas Kitgaki sent from Annapolis a little present to Archie, who wrote to thank him, and Kitgaki sent him a letter back that we like so much that I thought you might enjoy it, as it shows so nice a trait in the Japanese character. It runs as follows:

“I received your nice letter. I thank you ever so much. I am very very glad that you have received my small present.

“I like you very very much. When I have been in Judo room with your father and you, your father was talking to us about the picture of the cavalry officer. At that time, I saw some expression on your face. Another remembering of you is your bravery when you stepped down from a tall chair. The two rememberings can’t leave my head.

“I returned here last Thursday and have plenty lessons, so my work is hard, hard, hard, more than Judo.

Yesterday afternoon we had Professor Yamashita up here to wrestle with Grant. It was very interesting, but of course, jiu-jitsu and our wrestling are so far apart that it is difficult to make any comparison between them.

Wrestling is simply a sport with rules almost as conventional as those of tennis, while jiu-jitsu is really meant for practice in killing or disabling our adversary. In consequence, Grant did not know what to do except to put Yamashita on his back, and Yamashita was perfectly content to be on his back.

Inside of a minute, Yamashita had choked Grant, and inside of two minutes more he got an elbow hold on him that would have enabled him to break his arm; so that there is no question but that he could have put Grant out. So far this made it evident that the jiu-jitsu man could handle the ordinary wrestler.

But Grant, in the actual wrestling and throwing, was about as good as the Japanese, and he was so much stronger than he evidently hurt and wore out the Japanese. With a little practice in the art, I am sure that one of our big wrestlers or boxers, simply because of his greatly superior strength, would be able to kill any of those Japanese, who though very good men for their inches and pounds are altogether too small to hold their own against big, powerful, quick men who are as well trained.

The third letter from Roosevelt to his Son Ted

I am very glad I have been doing this Japanese wrestling, but when I am through with it this time I am not at all sure I shall ever try it again while I am so busy with other work as I am now. Often by the time I get to five o’clock in the afternoon, I will be feeling like a stewed owl, after an eight hours’ grapple with Senators, Congressmen, etc.; then I find the wrestling a trifle too vehement for mere rest.

My right ankle and my left wrist and one thumb and both great toes are swollen sufficiently to more or less impair their usefulness, and I am well mottled with bruises elsewhere. Still, I have made good progress, and since you left they have taught me three new throws that are perfect corkers.

How To Practice Jiu-Jitsu As You Get Older