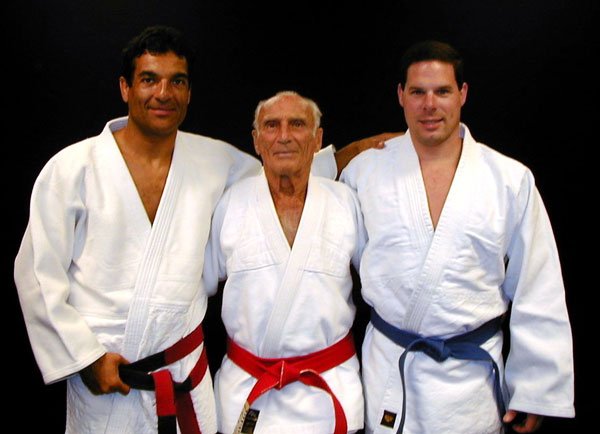 “My lineage is better than yours!” this is one of the things that make grapplers seem like kids more than anything. BJJ lineage is a huge source of pride, or controversy, depending on what the roll of the dice has brought you.  While linage is an age-old thing in martial arts and does hold value, should it really define grapplers as much as some people think? After all, how much does it really matter who gave a black belt to whom? Or how many people there are between you and Helio Gracie, for that matter? Let’s explore if being a part of a “superior” BJJ lineage is really going to do anything to improve your grappling skills.

The topic of BJJ lineage is not one of those topics that’s always on top of the controversy charts. The BJJ Gauntlet, being a Creonte, and several others seem to be firmly in the lead there. However, from time to time, you’ll see lineage become a huge thing. Sometimes it is between grapplers, and others, more often, academies. Don’t get me wrong, paying respect to those that came before is important. It is also important to respect your instructors/professors. However, it doesn’t mean that training with someone is enough to turn you into “BJJ royalty”. Quite the contrary, while there is merit in lineage, let’s take the sensible approach and only try and look at it when it is really important – in the case of fake belts, for example.

What is BJJ Lineage

Looking at any martial art, you’ll notice a system of “lineage”. That means that people who get a certain belt or degree, most often being a black belt and all further acknowledgments, readily recognize who gave them the highest rank. Moreover, the lineage is there to honor all the people that came before that immediate instructor that promoted you. In a romantic sense of a way, it is a great way to demonstrate respect. However, in modern times, this is easily taken out of context. And BJJ is no stranger to that as well.

In terms of BJJ, we all know that it all starts with Mitsuo Maeda and Carlos and Helio Gracie. From there on, though, things are so branched out, that there’s no real way of keeping track of all the lineages in existence. That said, that doesn’t make someone who has a lineage of 12 people a worse black belt than someone who is a GB member and got a belt directly from Carlos Gracie Junior. The length of the BJJ lineage nowadays can vary greatly, given how widespread the sport is.

IN terms of the legitimate lineage, there are official records that show whether or not someone is a black belt in BJJ. However, many people tend to simply go with the flow and might never register. In Jiu-Jitsu though, it is not hard to actually discover whether or not someone’s lineage is legitimate. It is all a few e-mails away. However, when comparing two grapplers of legitimate linages, does the origin of it all really help determine how skillful you’ll be. And, as such, is it all really worth the fuss some people make?

How Important is BJJ Lineage Really?

In a perfect world, we’d all start in an academy with a great reputation and an impressive lineage. In an ideal world, you’d be able to start training with a world-renowned Professor and remain there for your entire BJJ journey. However, that’s hardly possible for most. First of all, people that just start training are not really that informed about stuff like BJJ lineage. Instead, they tend to look for the closest spot where they can train. As they start growing into the sport, they might end up in a different academy in quest of a different style, or a competitive career.

In fact, changing gyms/teams/instructors nowadays is pretty much the norm. So, how does that fare in terms of that all-important lineage? If you’re one of the lucky ones that have stumbled upon some of the top coaches in the world then good for you. However, for most others, changing affiliation a few times, whether it is as a beginner or an advanced student means you’re switching your lineage. In certain cases, people have different lineages for all their belts. Guess what? Some of them turned out to be world-famous names in the Jiu-Jitsu community nowadays. So much for the case of BJJ lineage determining success. 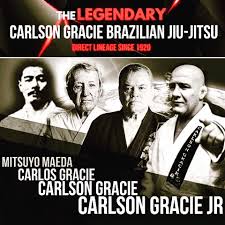 One other thing to consider when talking lineage is how you extend your own. If you’re a brown and black belt, you’re most likely already involved in promoting students. That brings about great responsibility. Those students will go on to tell everyone that you are the man behind their belt. As such, is linage really key, or is it the style you’ve formed and the way you’re teaching the ways of the Gentle Art? That makes sense, right?

Fake Black (And Other) Belts

One positive aspect of actually knowing someone’s BJJ lineage is important in the case of fraudulent belts. Unfortunately, this is not uncommon today. There have been several accounts of people posing as black or brown belts. Although they were exposed and dealt with, that’s not the full extent of it. The reality is that there are also many that remain hidden. Some of them even have successful McDojo-type academies where everything is about profit and nothing is about the art. In those cases, BJJ lineage can actually help expose a fake claimed belt, as that‘s very ready to check. That’s one aspect of linage that’s definitely irreplaceable.

Let’s drop all the high-school drama and act like adults. No, it shouldn’t bother anyone if you train in more than one academy, as long as that doesn’t involve a competitive rivalry between them. No, it doesn’t matter if you’re a blue and purple belt under the GB lineage, brown by Marcelo Garcia and a black by Christian Graugart of BJJ Globetrotters. It won’t matter when your own students tell people that they have a certain belt by you. So, why should you make a fuss about it? Put a Gi on and go train, and leave all the dumb stuff out of the way. Those more concerned with lineage and creonteism will fade out of the grappling community anyway.