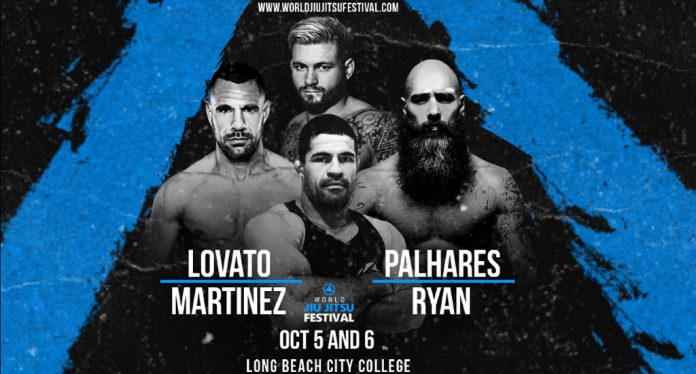 It can be hard dealing with life after the highs the ADCC brought about. However, this time around it seems to be much easier to cope compared to previous years. The reason is that right after the ADCC, there was absolutely no break, for both grappling athletes and fans alike. Immediately after the Jiu-Jitsu Olympics, several different high-level grappling events took place. In the meantime, key DVD instructions by some of the stars of ADCC 2019 also saw the light of day. In terms of events, though, nothing caught the attention more than the World Jiu-Jitsu festival. There were plenty of reasons to watch this one of a kind event, but the biggest one had to be the square-off between Gordon Ryan And Rousimar Palhares.

Nobody can claim that the BJJ scene is boring! Gi or No-Gi, there’s so much variety in tournaments nowadays that you can literally take your pick. There are even multi-day conventions that end up hosting super fights of calibers we could only dream of only a few years ago. The World Jiu-JItsu Festival is one such event. It is more or less a grappling convention, hosting everything, from promos and classes to extremely entertaining super fights. The crazy matchup of Lovato and Boogey Martinez is one that comes to mind. And, if that was not enough, The “King” and “Toquinho” also go the matchup, everyone has been praying for. But what was the outcome?

The First And Only BJJ Festival Of The Sort

When you read the World Jiu-JItsu festival, you immediately think tournament. I know I did. However, you’d only be partially correct. The World JIu-Jitsu festival is actually a real, full-blown festival and the concept behind it is nothing short of impressive. The festival took place in Long Beach, California, from October 5th-6th at the Long Beach City College. What was it exactly? Heaven, for anyone in love with Brazilian Jiu-Jitsu.

The World Jiu-Jitsu festival of 2019 was an inaugural event that I certainly hope is not going to remain the only one of the type. IT brought together everyone in the grappling world, from elite level athletes to recreational grapplers and fans of the sport. The festival included lots of gear presentations, an autograph signing session, a photo exhibition, super fights, A Grand Prix, Jiu-Jitsu awards and more. A big part of the Festival was the WJJF Tournament which served as a platform for some of the brightest up and comers to represent their styles. And none of the above events disappointed!

Oh, and one more thing. The festival managed not only to bring together high-level tournaments and what is virtually a Grapple-Con for BJJ nerds but also managed to fit in seminars into it all. The best part about it was that the seminars were completely free for anyone to attend! Furthermore, there’s the inevitable opportunity to mingle, meet new people, reminis9ce with old ones and enjoy the grappling lifestyle we’ve all come to love.

Apart from the WJJF tournament that was open for registration, there was also a Grand Prix featuring legends of the sport. Along with the two super fights, the total number of high-level bouts was twelve. Since the World JIu-JItsu Festival went on for two days, there was one super fight headlining each of them. To be fair, all the grappling matches at the festival were pure fireworks. As far as the Grand Prix goes, several huge names, a few of which fresh from the ADCC, made sure the event is entertaining in awe of the super fights.

In the Day 1 super fight, Rafel Lovato Jr. squared off against 10th Planet Standut Ritchie “Boogeyman” Martinez. While Ritchie is a formidable grappler, the proved to be an easy one for Lovato. He needed only 6 minutes out of a possible 15 to force the “Boogeyman” to tap. However, even though Martinez started off bright playing his flexible guard game, Lovato’s pressure passing proved to be too much. Moreover, once the Bellator middleweight champion got past Boogey’s legs, it didn’t take long for a tight Kimura from side control to bring him a victory. 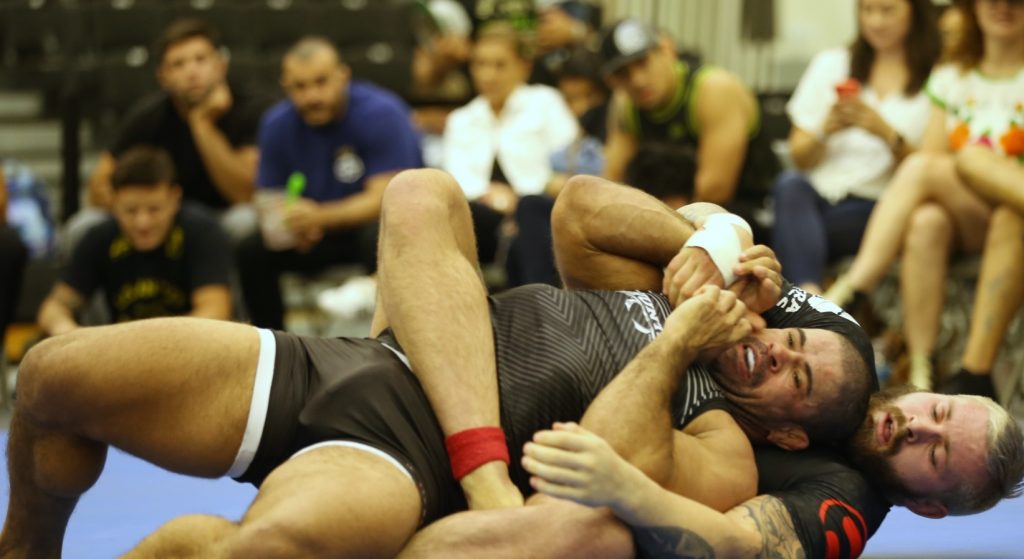 In the most anticipated event for some time now, Gordon Ryan met Rousimar Palhares fresh off his double ADCC gold accomplishment. The second-day super-fight actually went the distance, something not many people expected out of two fo the best leg lockers and submission specialists in the world. Still, it was all Ryan, as we’re all accustomed o seeing lately. Ryan pulled guard, quickly swept Palhares and started hunting for submissions. Toquinho tried to find the legs but Ryan used it against him to get his back. He stayed there until the end, getting a rear-naked choke but not the tap in the allotted 15 minutes.

Upcoming Superfights To Look Forward To

Speaking of great events, although we’ll probably have to wait for another edition of the World JIu-Jitsu festival, there are some other exciting upcoming matchups. Some of them are set to be grappling fireworks, while others will feature BJJ legend in an MMA setting. If Lovato is anything to judge by, these are going to be extremely interesting events as well.

In a pure grappling sense, ADCC standout and freshly promoted purple belt, Nick Rodriguez will meet BJJ black belt legend Fabricio Werdum under the Third Coast grappling banner. Danaher Death Squad’s Nicky Rod certainly raised lots of eyebrows, taking out people left and right at the ADCC. Moreover, he did it all as a blue belt. On December 7, he will get a chance to match his crazy physicality and skills against a true legend of the sport. Can Rodriguez claim yet another huge upset by beating Werdum after he disposed of Cyborg and Orlando Sanchez at the ADCC?

In terms of BJJ in the UFC, we have two all-time favorites of grappling ready to throw down this weekend. Mackenzie Dern is set to have her first match after becoming a mother against Amanda Ribas at UFC on ESPN+ 19. Also on the card is another huge Jiu-Jitsu name; Kron Gracie. This time, Kron will face a sturdy test in the UFC veteran Cub Swanson. After losing to Kron in the 2003 US BJJ Open, Swanson will be looking to return the favor, this time in the octagon. The event will take place in Tampa, Florida and is headlined by a flyweight fight between Michelle Waterson and Joanna Jedrzajczyk.

All things considered, the World Jiu-Jitsu festival is a success by all accounts. That said, we certainly won’t mind seeing more of it, or other events of the kind. It is refreshing to know that there’s a multi-day event out there that can offer grappling fans a taste of everything, from fighting to meeting legends and getting the first bite at some brand new BJJ gear. Plus, there are the super fights!