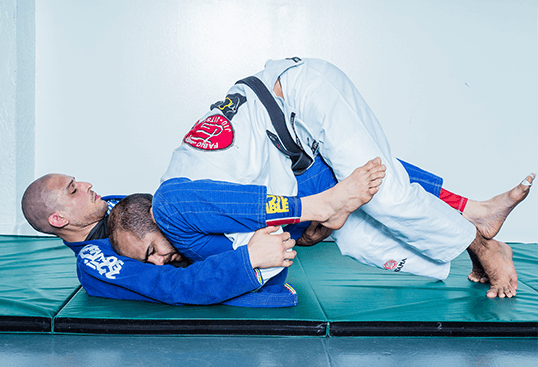 Contents hide
Mastering the subtle art of weight distribution means you’re either a prolific wrestler or well on your way to your BJJ black belt. Knowing how to put pressure on your opponent is a sign of advanced BJJ knowledge. The best way to keep the pressure on while not exerting yourself is through proper weight distribution. This means being able to stay loose yet keep your opponent completely pinned to the ground.
The Definition Of Pressure In BJJ
The Secrets Of Weight Distribution For BJJ
Pressure Through Pain
Inducing Feelings Of Panic

Mastering the subtle art of weight distribution means you’re either a prolific wrestler or well on your way to your BJJ black belt. Knowing how to put pressure on your opponent is a sign of advanced BJJ knowledge. The best way to keep the pressure on while not exerting yourself is through proper weight distribution. This means being able to stay loose yet keep your opponent completely pinned to the ground.

When it comes to the levels of the game, you know a grappler is advanced when they start to focus more on pressure and less on specific moves. That said, the pressure is also a complex subject in BJJ and is not at all straightforward. There are types of pressure as well as specific timing. All this is governed by correct weight distribution in response to the bottom person’s reactions.

The Definition Of Pressure In BJJ

When you think of pressure in terms of BJJ you most likely think of the same thing as most people. You picture someone being crushed under the weight of the top grappler. This is correct in certain cases and this type of pressure is an important one.  However, it is not the only type of pressure. In terms of weight distribution, there are a few more aspects to consider for a complete pressure game.

Usually, bigger grapplers find it easier to put pressure on their opponents and training partners. That doesn’t necessarily mean that they’re employing proper weight distribution. By adopting the basic weight distribution principles, they can increase their pressure multiple times.  Smaller grapplers, on the other hand, are forced to learn pressure the hard way. They’ll often take longer but are going to get the hang of weight distribution for BJJ much better.

When we’re talking about pressure in Brazilian Jiu-Jitsu, we can talk about three main types of pressure. Weight distribution pressure is the first and arguably most important type of pressure. This is also the most technical one. The second way of pressuring an opponent is through the pain. This is the catch-wrestling style of pressure and it has it’s used in BJJ as well. Finally, there’s panic-induced pressure.

The Secrets Of Weight Distribution For BJJ 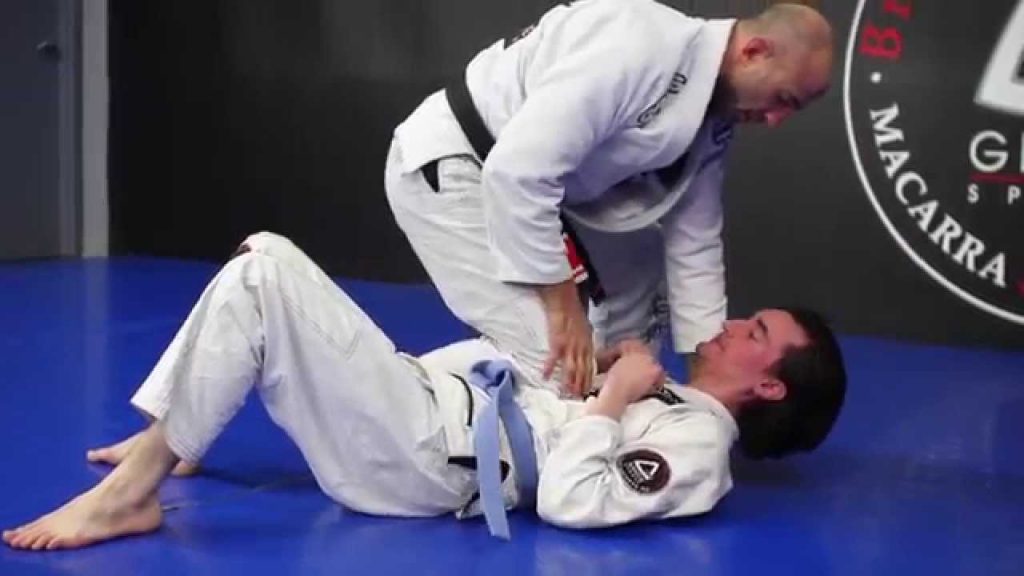 Weight distribution is arguably one of the most important concepts in Brazilian Jiu-Jitsu. Flashy moves and rapid transitions are not going to cut it during your whole career. Being as heavy as possible means you can stay comfortable and take your time attacking while the opponent struggles. This is the black beltway of doing things and should be the goal of everyone involved in Jiu-Jitsu.

Distributing your body weight correctly is going to force your opponents to tire out quicker, and result in frustration on their side. However, in terms of weight distribution, you must know that it is not one dimensional. Namely, even from the bottom you can exert pressure and distribute your weight in a correct manner for BJJ. One example is using your legs on the back of an opponent from a closed guard armbar position.

One last thing to consider in terms of weight distribution is angles. In particular, it is the way you angle your weight. Understanding that there are angles that make you heavier is crucial for playing a tight pressure game.

In order to maximize pressure, you need to make sure your opponent can’t move. To accomplish this you must also reduce your movement as much as possible. The point is to let gravity take over so that your opponent has to bear all your weight.

This kind of pressure is a signature of Catch wrestling. The point is to cause as much pain as discomfort through weight distribution as possible. This, in turn, opens up attacking avenues for you.

The basic idea is to make your opponent wince in pain. This translates to causing quick responses due to immense pain. The goal is to open up space when an opponent is being highly defensive. And it works like a charm.

Shoulder pressure is just one example of weight distribution that causes unbearable pain. From side control, the crossface has the task of putting the jaw under painful pressure in order to cause the opponent to move. It is as basic as it gets. Another example is knee on belly, the ultimate torture position in BJJ. The point of the knee on the sternum provides a sharp ending to your pressure. Correct weight distribution means all of your weight is focused on the top of your knee, causing all kinds of pain in your opponent.

Remember that feeling of panic and claustrophobia you had when you started BJJ? Well, you can replicate that feeling even against high-level grapplers if you know how to distribute your weight. Whenever you restrict an opponent’s possibility of breathing panic is soon going to follow. When you can’t breathe, you can’t think straight and you’ll be unable to defend. 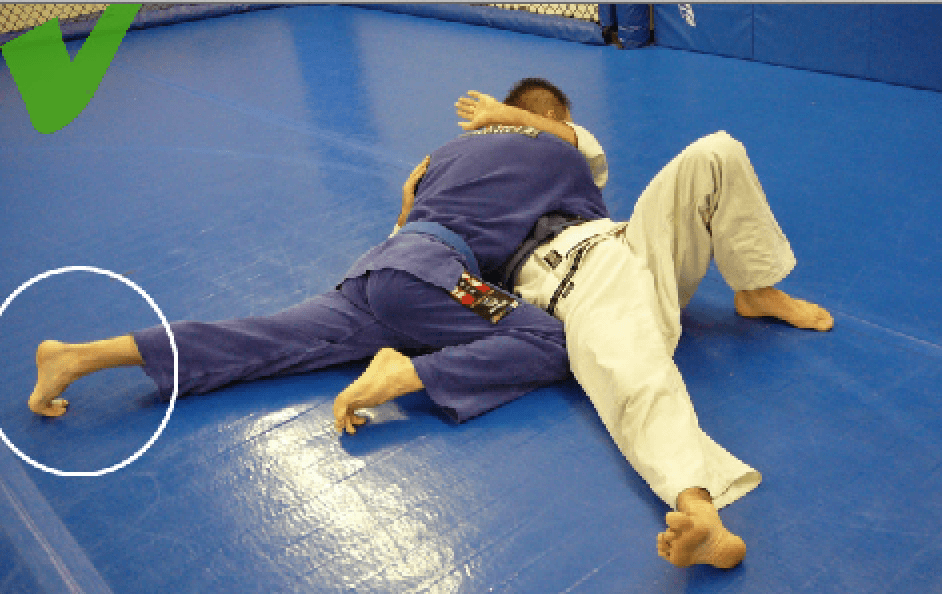 Restricting breathing isn’t the only way of inducing panic due to weight distribution related pressure. Positioning yourself so that you completely take away an opponent’s escaping ability is also a good method. When an opponent knows they can’t escape and you show them you’re in control by keeping them there effortlessly, they’re going to panic. It is as simple as that. Submission attempts from a position of dominant control (think S-mount armbar) can also cause panic in an opponent.

Every time you put pressure on an opponent and induce panic in addition to it, you’re going to break an opponent’s will. This is a submission on its own as a tap is soon going to follow. However, remember that you need to understand the fine nuances of weight distribution in order to make yourself as heavy as possible. It’s not about exerting yourself, but about relaxing. Think about it!

The Power Of Cross Face Pressure 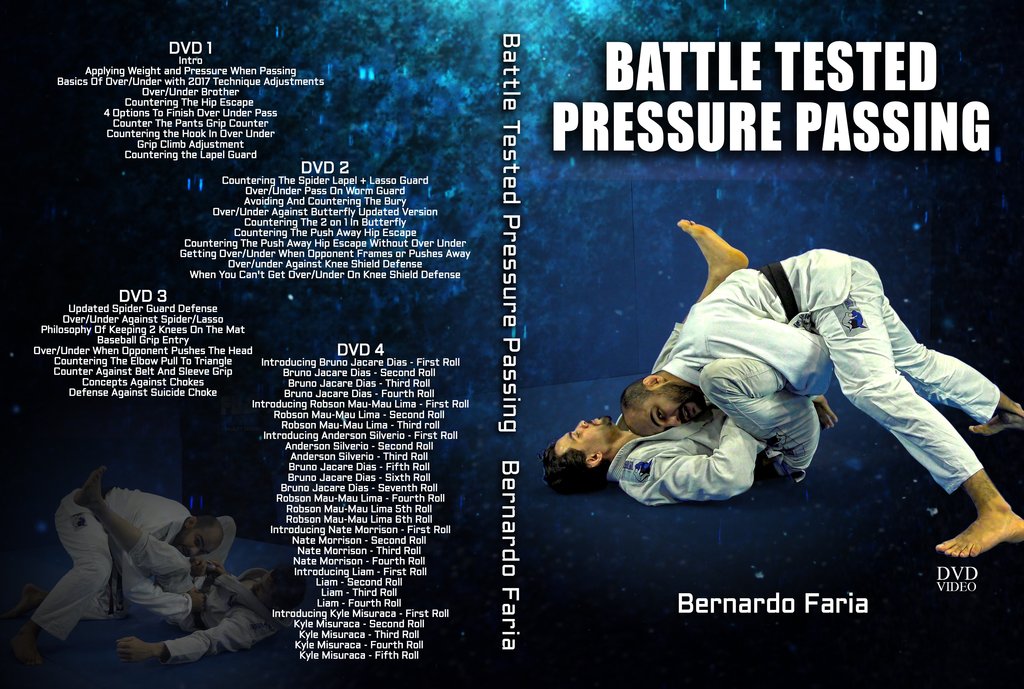