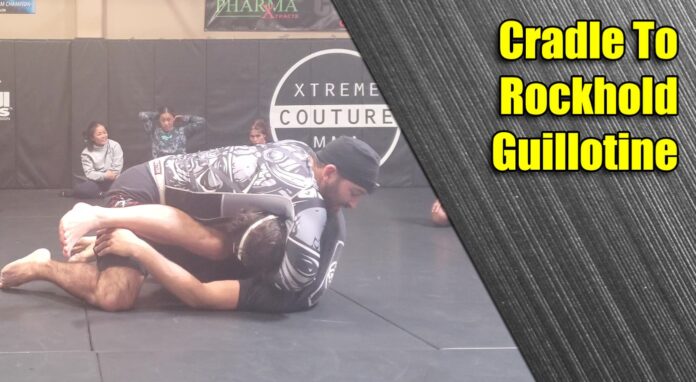 David Avellan, known as the founder of the Kimura trap system in BJJ shared a video recently where he breaks down an arm-in guillotine which he refers to as the Rockhold guillotine (he learned it from UFC star Luke Rockhodl). The move is done from the cradle position and is one of those torture moves that hit multiple points on the opponent’s body at once.

The cradle is a wrestling position that is used at all levels of wrestling, from kids to Olypmic champions. There are two main variations – the near and far side cradle.

The cradle used to see set up the arm-in guillotine, Luke Rockhold-style, is the near-side cradle, placing you in front of your opponent, in the top position (think side control on top).

A cradle involves you having a grip around an opponent’s neck with one arm and around their knee with the other, effectively squiizeng their body together as youtry to connect both hands.

In wrestling, the position allows whoever is controlling the cradle to pin their opponent to the ground for the win.

In Brazilia Jiu-Jitsu, grappling and MMA, the position offers plenty of submission options, one of which is the Rockhold guillotine choke.

Avellan begins by snapping down the head of an opponent in butterfly guard. he does a same-side snap down and immediately grabs the leg to establish a standing cradle position.

In order to obtain a top position, Avellan rolls under the opponent, with what is a gator roll variation, once again from wrestling. This helps him achieve a top position.

A crucial detail for both improved controls from the cradle and setting up the brutal finish is to windshield-wiper the legs over the opponetn’s top leg, getting both knees behind the opponent’s knee (kind of a leg-in guillotine position). 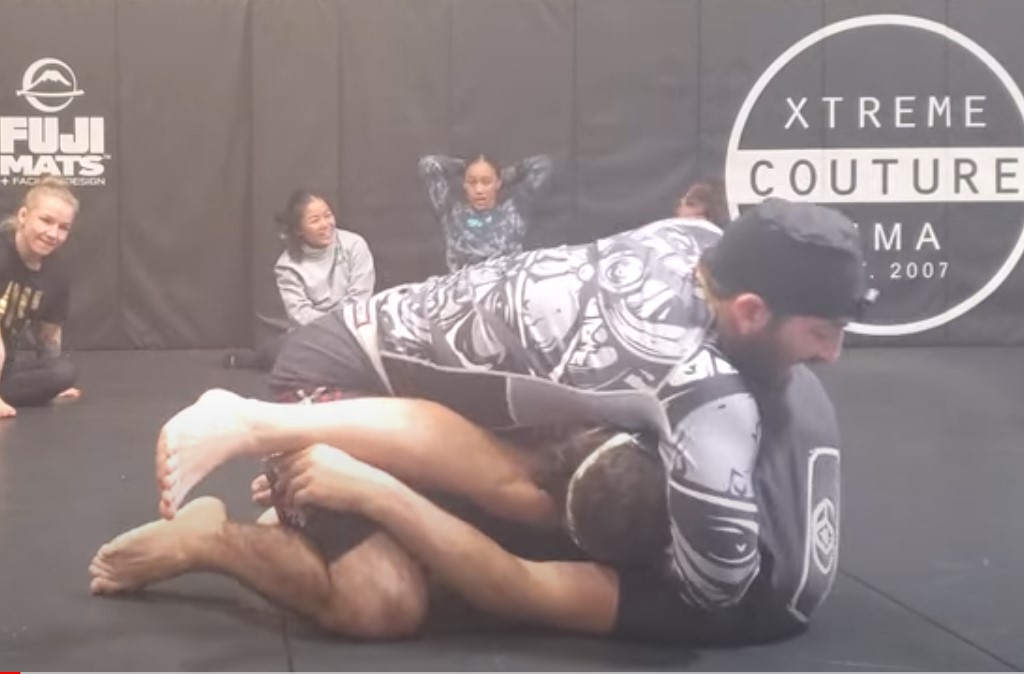 This arm-in guillotine choke variation works from the top when you have control over your opponent via the near-side cradle.

Once in position, Avellan releases the arm that is around the opponent’s legs. there is no need for this arm anymore, as his legs are now holding the opponent’s top leg in place.

The free arm can then ovehook the top arm of the cradled opponent, as Avellan looks for the ball-in-socket arm-in guillotine grip. This is when the arm that goes over the opponent’s top arm grabs the arm already around their neck, which should be clenched in a fist.

The finish is as simple as sprawling with the hips forward while twisting the elbow in order to achieve not just a guillotine choke, but also a brutal neckcrank. The entire position is highly uncomfortable due to the cradle, making this Rockhold guillotine a very tempting submission option. 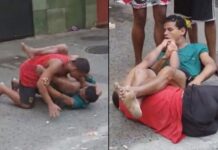 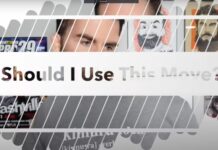 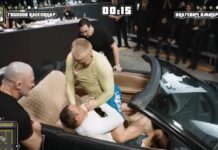