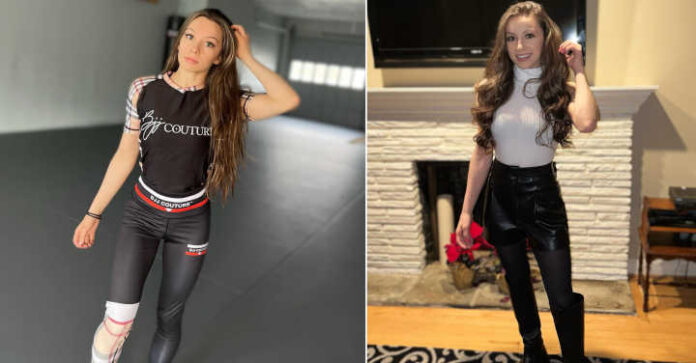 No potential employer remained indifferent when Danielle Kelly revealed she was ready to negotiate with MMA promotions. The 26-year-old has been promoted to the biggest global grappling star in recent years, thus the true successor of MacKenzie Dern, although she still failed to keep up with her results. But accessibility to fans, an interesting Instagram profile, and the inevitable criteria, looks, led to that.

She thus followed the path of some other grappling stars, such as Gary Tonon, Gordon Ryan, and Marcus Almeida, who also put their signature on ONE’s contract. The reason for this can be found in the great accessibility of this promotion.

The 25-year-old BJJ black belt revealed on Friday 18 February that she officially signed a deal with ONE Championship and will compete later this year while training out of Evolve MMA Singapore – home for some big names within their organization!

“Happy to announce I am officially a @onechampionship athlete. I am also proud to be a part of @evolvemma. I’ll be doing grappling bouts under them and when I’m ready to do MMA they’ll be the promotion I’ll fight under.”

The ONE Championship is a promotion that has no hesitation in mixing MMA, kickboxing, muay Thai, and jiu-jitsu fights at its events, which may have influenced Danielle’s decision to start with genuine MMA training. Grappling’s greatest benefit is that it is extremely aggressive and tends to look for a pause all the time.

ONE Chairman and CEO Chatri Sityodtong was so taken by her accomplishments that he announced her signing on his Instagram and Facebook accounts on Friday.

“For me, Danielle has the potential to be the next big thing in martial arts. She is an extraordinary talent with dominant finishing abilities and a real killer instinct. She also has a touching life story of adversity and triumph that will inspire the world. Equally important, Danielle is a wonderful human being with a heart of gold.” – wrote Chatri Sityodtong

She’s now had a chance to show her BJJ skills on a larger stage with ONE Championship. Kelly’s brilliant grin and raised fist showed how thrilled she was to be a member of the world’s largest martial arts organization.

“I can’t put into words how much this means to me, I try my best to be the best I can be whether that’s on or off the mats. I love what ONE represents.” – Kelly Said

As announced by ONE Championship, Danielle Kelly will now make her debut in this prestigious organization.

On March 26, Kelly will face Mei Yamaguchi in a grappling bout at ONE X. On Instagram, she confirmed the matchup.

Mei is the most experienced bantamweight on the Japanese scene, having made her MMA debut in 2007 and competing professionally since then. Yamaguchi has over 35 fights under her belt, which makes her one of MMA’s more seasoned female fighters. Yui’s career has produced nine submission victories across 21 victories. She had a rough go lately, going winless in her past three contests.

Danielle Kelly is one of the most sought-after submission grapplers in the USA with a resume that includes wins over veterans like Carla Esparza and Cynthia Calvillo.

The Philadelphia native earned her BJJ black belt under Karel “Silver Fox” Pravec before moving onto major competition successively since then, including standout performances at both worlds class level matches as well smaller-scale events where she has been able to compete against some all-time greats.