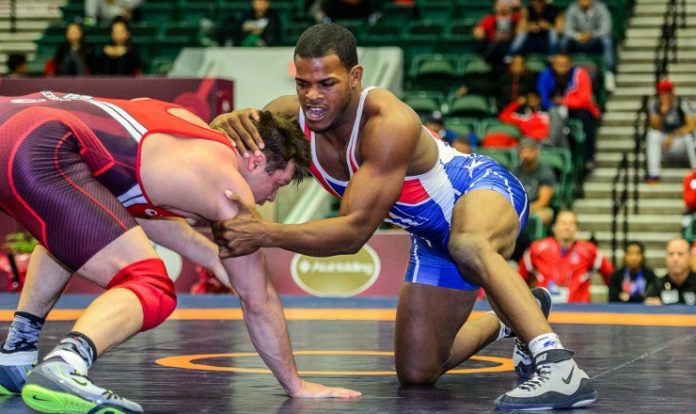 What is the craziest Joe Rogan Experience podcast episode you’ve heard? There are plenty of criteria upon which to choose, but from a grappling and combat sports standpoint, the one with Joey Diaz and Yoel Romero has to rank among the wildest ever. It was not just the fact that Diaz was translating since Romero can’t speak a word of English, but also the information that was divulged. In particular, I mean about Yoel’s account of how Cuban wrestlers train on a day to day basis. No wonder they’re the best in the world.

Cuban wrestlers have always been regarded as being among the best in the world. Of course, American and Russian wrestlers have had their say as well. However, given the difference in the economic and political situations between Cuba and the USA or Russia, achieving such a level of proficiency is definitely something to behold when it comes to Cuban wrestlers. We all know what their abilities are3, but we never really had an insight into what drives them, or how they train. And there are lessons in there that we can all use, particularly those of us that love to integrate everything grappling related to BJJ.

Contents hide
Wrestling in Cuba
Sacrifice: A Documentary About Cuban Wrestlers
What can we learn from Cuban wrestling?
Summary

Cuba – the dream destination. White beaches, beautiful people, and all the crazy times you can have. However, the Cuba that тхе locals see is much different than what movies, travel agencies, and postcards show. For people that live there, life really is a struggle. So much so, in fact, that being good at a sport might just mean a way for you to provide for your family, or even thieve if you’re really talented. To be honest, Cuba did the right thing at deciding to promote sports and help the most talented athletes achieve livelihood by competing. However, not all are that lucky, despite the incredible well of talent for particular sports in the century. 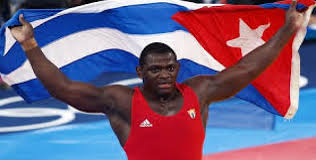 Combat sports, more precisely boxing and wrestling are among the most popular options someone can professionally do in Cuba as an athlete. The fact that they’re both Olympic level sports probably has a lot to do with that. But, then again, this is true for boxing and wrestling in every country. Why exactly do Cuban wrestlers, and boxers for that matter, stand out so much?

Going as far back as 1959, special academies were established in order to help talented athletes prepare for the Olympics. Those academies were followed by the formation of so-called national schools that all had the task of providing Cuban wrestlers, among other Olympic sport athletes with the best possible training, under the current socio-political circumstances.

Currently, Cuban wrestling is in a great state. There are plenty of young, hungry, and very talented Cuban wrestlers that have all the qualities to take not only the wrestling but also grappling and even MMA world by storm. At the 2019-2020 National Championship, we saw more than impressive displays of what Cuba has to offer in terms of wrestling. But what is it that makes all these Cuban wrestlers so dominant on the world stage?

Sacrifice: A Documentary About Cuban Wrestlers

Having the option to train at a specialized center for a specific sport can make a world of difference. However, with Cuban wrestlers, this is not a thing of prestige. In fact, it is a sacrifice and a big one at that.

Very often we hear about BJJ grapplers that live on the mats, some of them literally. The Miyao brothers were famously living in their gym for a while, and some members of the Danaher Death Squad, like Gordon Ryan, also come close. However, if you truly want to know what living on the mats and for the sole purpose of grappling is, then Cuban wrestlers are the ultimate example.

Cuban wrestlers all live in the academies or National Schools. They sleep there in Spartan-like conditions, eat scarcely, and dedicate all their time to training. The system is far from perfect but it does produce the best wrestlers with what they have at their disposal. As Romero said on the JRE podcast, whoever performs best will get the best meal, a better bed to sleep in, or some other thing we take for granted. No wonder all the wrestlers from Cuba come with not just the physical abilti9ies to beat anyone, but also the winning mentality that goes with it. It is a whole different level of everyday porrada, even though the term definitely applies!

The short documentary, fittingly named “Sacrifice” really demonstrates the conditions and dedication, as well as the crazy shape Cuban wrestlers, are in.

What can we learn from Cuban wrestling?

In Brazilian Jiu-Jitsu, we like to be lazy. And I’m not just talking about training. We like to find lazy ways of making things work, and we also like to “steal” knowledge from grappling martial arts around the world. Well, we might also try and steal something that’s not so lazy, like some of the training approaches of Cuban wrestlers. 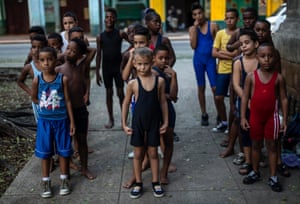 Now, I know that going to live in a dormitory and train nothing but BJJ all day every day for years might sound enticing to some if not all of us. However, the sport is not at a level where representing a country can help us earn a livelihood. For now, at least. Still, some of the concepts that wrestlers in Cuban academies use to train might actually be beneficial to Jiu-Jitsu. After some slight adjustments, of course. Motivating people n competition preparation with positive reinforcements might just be a method that really pushes everyone to be less lazy, and decide to push boundaries even further.

On a more personal note, it is the mentality of Cuban wrestlers that I really admire. Unless we’re in the same circumstances, we can’t even start to phantom what they must be going through on a daily basis. However, I don’t think that we necessarily need so much suffering in order to develop a mindset that will come close to that of the legendary wrestling machines from Cuba.

Cuban wrestlers are the epitome of powerful wrestlers you don’t want to come across on the mats or in a dark alley. Or do you? I wouldn’t mind going up against one in a grappling competition, if nothing else, just to figure out how much more I have to learn in terms of mindset, mentality, and embracing the grind. I guess we’ll never know how it is to train wrestling in Cuba, but we can definitely adopt some lessons to fit our lazy BJJ needs.