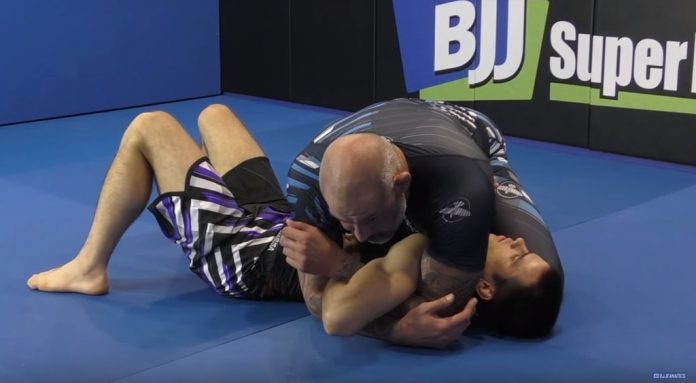 When we talk about BJJ, especially in terms of mode4rn Jиu-Jиtsu, we often like to talk about concepts, leverage, technique, and effectiveness. All these are huge parts of BJJ and I am a big proponent of all of them. However, we can’t just focus on the modern aspect of the sport. That would be the same as only doing Gi or No=-Gi BJJ, without considering the other to be worthwhile. I’ve always claimed we need to open up our minds to everything grappling related and combine it into our JIu-Jitsu games. And, since the earliest days of combat sports and grappling martial arts, particularly those focused on submitting an opponent. Pain has been a great factor. To that extent, let’s look at some of the most painful BJJ submissions you can pull off while rolling or competing.

You can find all Neil Melanson Instructionals HERE.

Keeping things playful might be fun, but form time to time, keeping them painful is a lot more fun.  Not to mention that pain is a very effective way of convincing someone who is resisting doing what you want them to. And that right there is what jiu-jitsu is all about. Well in a nutshell. Luckily, BJJ still has some great minds like Neil Melanson that like to think outside all boundaries and bring us that more painful aspect of grappling that could get lost in all the focus on mechanics and geeky talk we are getting used to nowadays. Check out a few of the most painful BJJ submissions you can use to refresh your grappling toolbox.

Pain Is Always A Factor

While I am all for the scientific approach to Jiu-jitsu, let’s not forget that we’re still fighting when it comes to the gist of it. Given that the ultimate goal in BJJ is to make someone surrender while they’re doing everything to prevent it, we need to be creative. There are many schools of thought in BJJ, and they all have their merits. However, there are also some universal rules that apply to everyone. For example, nobody can withstand a properly placed strangle without going to sleep. In similar terms, despite what people say, pain will universally get you a reaction. And, at the highest levels of Jiu-Jitsu, a reaction is all it takes to decide a match.

Pain in grappling doesn’t just have to be the pain of submissions. Sure, the most painful BJJ submissions do happen to be some of the most effective s well. However, using pain as a “helpful hand” in grappling has a much broader use than just forcing people to tap. In fact, there are different types of pain, and each has a role in grappling. You could, for example simply cause people to pain from pressure on top. Along those lines, you could also focus all your weight on one spot, like a floating rib or the region behind the ear to make it sharp and unbearable. And, no, the goal here is not to injure anyone.

In grappling, whether it is for sport or self-defense, the rules are simple – control and submit. Well, for the control and submission part, pain can help you set everything up. Even those that claim they don’t tap to pain, feel pain. And as long as someone can feel pain, you can make them move, flinch, turn, push, pull or whatever you need to complete a match-ending move or transition. In other words, pain is just another technique you need to have at your disposal when you’re grappling. If you don’t you can bet someone else will, and they won’t hesitate to use it against you.

No Nonsense Grappling With Neil Melanson

If you want precision, scientific-based Jiu-Jitsu there are altos of options out there. If you want to learn techniques, then the majority of instructors will do the trick. However, if you want to learn all about the most painful BJJ submissions, you need a specialist. And there’s hardly anyone out there that fits the bill more than Neil Melanson.

Neil is not your garden variety BJJ black belt. He is a catch wrestler, Judo, Sambo, BJJ, grappling and God knows what expert with the mind of Danaher, and an underlying tendency to go for the pain that is akin to Toquinho. Neil is a man who has a no-nonsense approach to grappling and loves to go for the submission. That said, given that submissions are the hardest moves to get in BJJ, he found an edge. And that edge come is the form of pain and discomfort that has people’s minds too preoccupied to guess your true intentions. In other words, pain is the perfect way to fool people and mask your real goals.

In his years of training with the likes of Gokor Chivichyan and Gene Lebell, Melanson has developed plenty of positions and submissions that are not really known in BJJ. Out of them all, the ones that include the pain factor are the best, like the following few most painful BJJ submissions.

The K-Guard is the signature position of Neil Melanson. Actually, he has an entire DVD instructional on the subject. The one takeaway for today’s purposes I the crazy armlock that he likes to perform from the guard. It all starts from a scissor sweep like position, from which Neil likes to underhook the leg on one side. He then likes to sneak the foot of the knee shield leg all the way through and out, under the armpit of an opponent, while controlling the arm.

The position looks dubious when you first see it, but the goal is simple and unexpected. Throw the calf over the shoulder in order to hook under the chin of the opponent with your foot. Now you’re in cruise control and you can set up one of the tightest and most painful BJJ submissions in the form of a straight armlock.

What is the screw choke? It is just Neil’s name for a D’arce choke. Since we’re looking into the most painful BJJ submissions, I like the Screw Choke name better. However, that’s not the painful part of this move. Well, not directly. The real pain comes from the face lock, which is a very nasty and extremely painful neck crank. And Neil doesn’t even use it to submit, but rather force an opponent into the Screw Choke.

The face lock works form a front headlock position. Instead of placing one arm under the chin and looking to connect the arms with an arm-in, you place the first arm across the ace and in front of the shoulder. Then, you figure four your arms for a neck crank that will either get a tap or make your opponent lie down. When they lie down, the screw choke is waiting for them, of course.

I’ve always loved this move, as it is the most painful version of a Kimura from topside control I know. However, Neil has some killer details that make it even more painful and therefore, effective. A big problem with the Kimura from side control is breaking the opponent’s grips. So, instead of getting into a tug-of-war with your opponent, you’ll use the painful way of getting a tap. For that purpose, you won’t use the figure four grip, but a rear-naked choke one. The top arm is going to peak out of the elbow and grab the biceps of your other arm. As you do that, you grab the elbow of the top arm as well, closing the circuit.

Consider any grip an opponent might have, Gi or No-Gi, gone at this point. For the finish, just hug everything closely and switch your hips so that you face towards their head. One of the most painful BJJ submission ever, and extremely easy and unassuming to set up.

This one is really nuts. The Neil Knot is yet another signature move by Melanson. It works from the Williams guard or at least a variation of it. In other words, from the closed guard, you get an overhook, place your leg high under the armpit (like for an Omoplata), and then underhook your own leg to close everything up. Neil calls the position the Pin guard.

The Neil Knot is a choke that you can set up by grabbing your own ankle with your forearm across the neck of the opponent. You then reinforce this by gripping a figure four grip with the hand of your other arm. The tap will come on extremely quickly, along with the usual complaints of the move being too painful.

Arguably, my favorite of the bunch. As the name suggests, this is a leg lock and a legal one at that. It works from the top half guard, requires next to no setting up, and will tap everyone. You can use the bottom leg to pin their bottom leg on top or sneak it under. It is the top leg that you’re after, and the scoop grip is how you set things up. The goal is to get the top leg over your shoulder. The finish is like for a straight armlock – simply scoop with a palm to a palm grip, focusing on the Patella. Extremely painful for your opponents, and satisfying for you.

If we’re being honest, we all have a tendency to enjoy causing others pain. It doesn’t have to be anything substantial as a little pain goes a long way in Jiu-Jitsu. In fact, it is all it takes when you pair it up with all the fancy concepts, tactics, and physics formulas that determine the best way to execute a submission. The most painful BJJ submissions come in many shapes and sizes, and the above ones are just an example of how you can include less known grappling moves into your game.

You can find all Neil Melanson Instructionals HERE