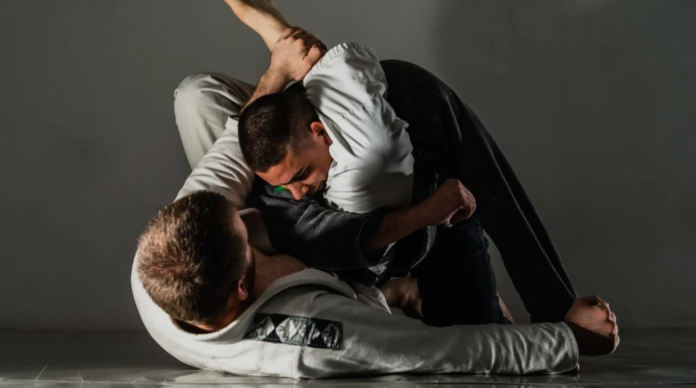 If you want to be able to perform an athletic activity more than 3 times a week, you most likely take some supplements. If not, you should consider starting. In today’s sports world, supplements are no longer just intended for professional athletes but are essential additions to every regular Joe’s nutrition. In fact, regular people who do not follow a strict nutrition protocol will benefit a lot more from taking a BJJ supplement or two to improve their performance on the mats. Speaking of performance, today we’ll square off creatine vs BCAA to figure out which one suits grapplers’ needs better.

Contents hide
BCAA vs Creatine: Which Supplement Is Better For BJJ?
What Are BCAAs?
What Is Creatine?
What Is The Best Time To Take Creatine And BCAAs?
Can You Mix BCAAs And Creatine?
Final Verdict

BCAA vs Creatine: Which Supplement Is Better For BJJ?

Both BCAA and creatine are staple supplements in the world of sports training. I say sports training because they go beyond just being bodybuilding aids, which is unfortunately the only way most people see them.

While supplements were a thing pioneered by bodybuilders, today they are something that is widespread in every household, from pro-MMA fighters to Yoga moms. Everyone takes a supplement or two, ranging from vitamins to those crazy pre-workout concoctions most weight lifters and CrossFitters seem to be addicted to.

Creatine and BCAA are performance-oriented supplements, providing the body with the energy required for training and recovery. Despite the marketing in supplement stores (which seems to be the same for every product in there) not everything is going to build muscle and burn fat. Actually, very few products will work in the way.

Supplement use is so precise, in fact, that using creatine is not the same as BCAA, especially when it comes to mat performance for grapplers. In a duel of creatine vs BCAA, there can only be one clear winner in terms of improving your Jiu-Jitsu, despite both supplements having certain specific benefits. 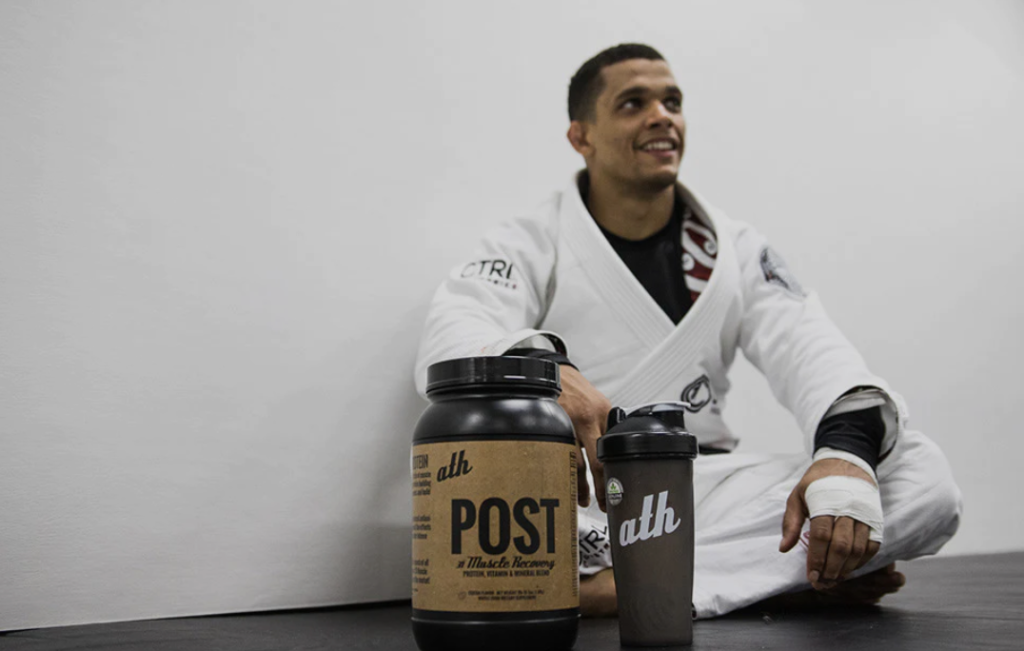 BCAAs are amino acids that have a direct role in muscle metabolism, providing energy and building blocks for muscle recovery after rigorous training. They reduce recovery time and limit muscle damage during training. They are also involved in energy production (gluconeogenesis) that spares the muscles yet provides fuel for your performance.

One major reason why the creatine vs BCAA “issue” is the notion that BCAAs do not really work after being taken, or at least not universally for everyone, making them a BJJ supplement that is not factually effective.

The bottom line is that despite their heavy use, and the bioscience backing up the way our bodies utilize BCAAs, there is no real scientific evidence, despite numerous studies on the subject, that supplement form BCAAs, isolated from other amino acids from, for example, whey protein, do not have any substantial or tangible effect on the body.

Creatine is a supplement made up of two amino acids, arginine and methionine, also considered to be essential amino acids, just like BCAAs. Unlike BCAAs, though, creatine is a compound that our bodies can make. It is also readily available in food, primarily red meats.

The most popular (and effective) form of creatine is creatine monohydrate, the most used supplement in the world along with whey protein.

Creatine is an energy supplement, that helps the body work more in terms of explosive power movement. It is stored in the muscles and helps significantly reduce muscle fatigue during training, as well as aid in recovery.

One thing creatine does not do, compared to BCAA or whey protein is build muscle. The amino acids in creatine are not building blocks of muscles, but rather a way to store more fuel for immediate release during high energy demands of the muscles.

What Is The Best Time To Take Creatine And BCAAs?

In the creatine vs BCAA debate, the timing always seems to have a major role. Namely, there are three usual periods when sport performance supplements should be taken: before training, during training, and after training.

While many people swear by taking both BCAAs and creatine before a workout, to “fuel” their training, the body does not really work in such a black-and-white way. Taking supplements before training to ensure they’re utilized during the workout requires careful timing in order to make them available to the body at the right time, which also includes whether or not you’ve eaten solid food along with the supplement.

Since both of these supplements get depleted during training, it makes sense to replenish them afterward. The sooner you put in either of these (or both) in your body after rolling, the better.

Also, you should note that BCAA and creatine both have a cumulative effect in the body. That means that you need to consume them on a regular basis as opposed to just occasionally if you want to see real effects. 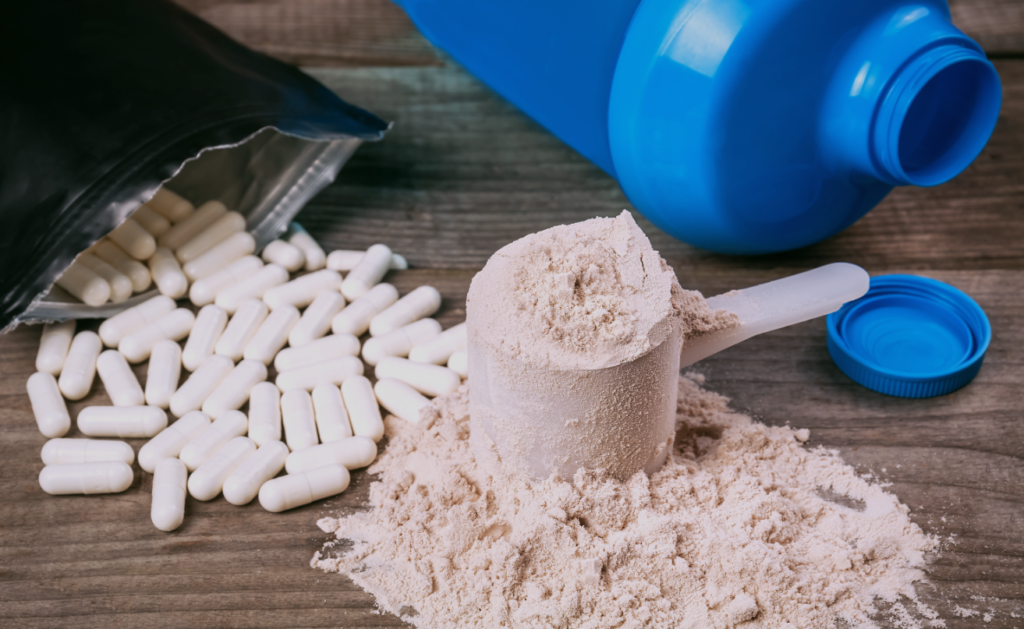 What Is The Difference Between BCAAs And Creatine?

The main difference between creatine vs BCAA is how each of those affects athletic performance.

BCAAs help protein synthesis, which translates to directly helping you rebuild muscle tissue that got damaged during training. Creatine helps increase the power output of the muscles during rigorous training, by providing the muscles with a specific energy source (ATP) that allows them to work longer at full power.

Both help with the recovery of muscles after training, which coincides with the best time to use either of these.

BCAA vs Creatine: Which Is Better For BJJ Performance?

So, what is the bottom line when it comes to creatine vs BCAA for Jiu-Jitsu athletes? The answer is not really straightforward as different people respond differently to both supplements. Usually, seeing people that are nonresponsive to creatine is much rarer than seeing people who do not feel or see any tangible effects from consuming BCAAs.

BCAAs are supposed to protect against muscle loss and mostly, aid in quicker recovery after hard training so that you can train again soon.

Creatine has a much more precise effect in storing energy in the muscles, allowing them to work more efficiently and longer, on top of aiding in recovery as well as BCAAs. It has no effect on muscle building or preventing muscle breakdown, but it does bring water to the muscles, which is helpful in muscle metabolism.

The bottom line is that creatine has been shown to work better for most people compared to the individual effects BCAAs have, and as it provides a better power output it is much more important for explosive endurance athletes, which grapplers are, as opposed to the muscle building/recovery effects BCAAs have which are better suited for those engaging in strength training. 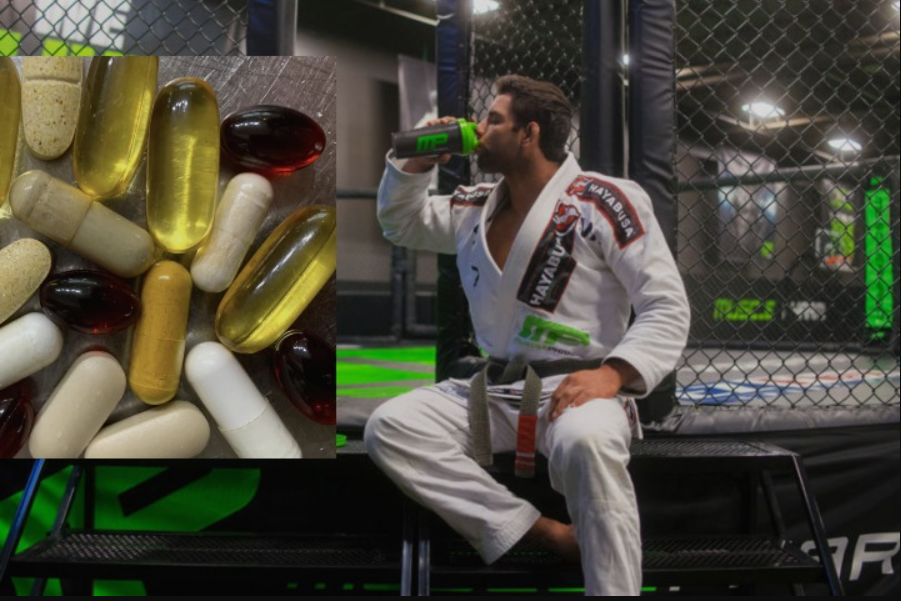 Can You Mix BCAAs And Creatine?

Both creatine and BCAA have been studied in depth in terms of their safety and have no side effects whatsoever. As long as you drink enough water on a daily basis, both these supplements are even safer than consuming caffeine.

Since they both get depleted during training and work in a cumulative way, taking both together after training is something you can do safely and for unlimited periods of time. There is no need to “cycle off” these supplements and if both works for you to help you perform better on the mats and recover faster off them, you can freely mix them together.

In fact, there are supplements available that have already done the mixing for you. All you have to do is ensure creatine is in monohydrate form and that you know the source of BCAAs (preferably from animal protein).

Creatine vs BCAA for BJJ athletes tilts in favor of creatine if you really have to pick just one BJJ supplement to use. That said, there’s no harm in adding BCAAs to your creatine if you’d like to see improvements in your recovery and perhaps even help prevent muscle loss during training, and most importantly, during weight cutting.