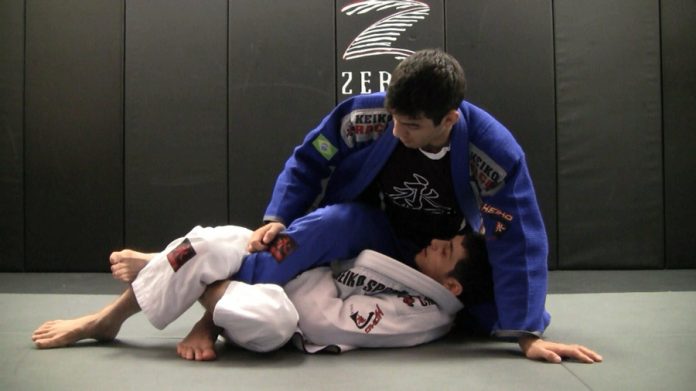 The BJJ deep half guard is a position that many of the most successful competitors use on a regular basis. It keeps the bottom person in complete control of what is going on in the match. It can slow down even the most agile of grapplers, and it is a position to sweep virtually anybody. You can see why lots of world champions have the tendency to go for the BJJ deep half guard whenever possible. And not just world champions, but more and more competitors of all levels seem to gravitate towards this position. Which makes passing it a real problem.

To say that passing the BJJ deep half guard is an easy task would be a lie. It is a guard that’s going to take a lot of careful maneuvering and precise details. If you get even the slightest detail wrong, you’ll be flying faster than you can realize what’s going on. Passing the deep half requires you to discover exactly where your balance is and how to keep adjusting it until you win the structured game. One thing to remember is that, while the BJJ deep half guard is a dangerous position, once you manage to establish a few key elements, you’ll render it useless pretty quick. However, given its dynamic nature, it is easy for an opponent to get you back, so any passes or counterattacks need to be fast and deliberate.

The BJJ deep half guard presents a very difficult puzzle to solve because of two main issues. The first is the fact that your opponent has what is the ultimate Jiu-Jitsu position – underneath your center of gravity. Furthermore, they have incredible dynamic control over your base thanks to the leg lever. Let’s look at both these problems deeper. 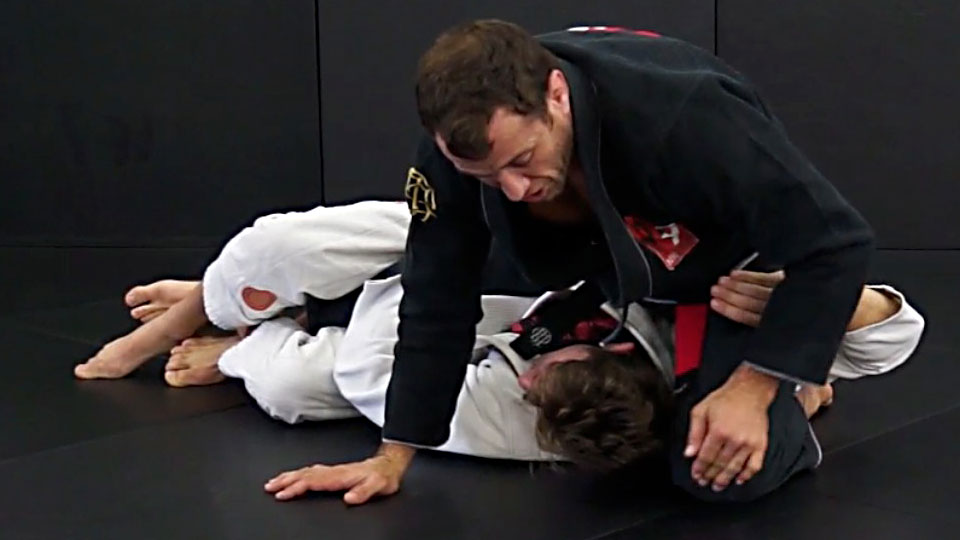 The positioning problem is the first crucial problem and is actually the first one you need to address from the top. The positioning of the opponent below you, while keeping your thighs apart is a superior one in any grappling martial art. This means they’re directly under your center of gravity and need next to no strength to manipulate your balance. The more control over your center of gravity an opponent hs, the easier it will be for them to sweep you.

As if that’s not enough, the position offers incredible control over both your hips. The reason for this is that from the deep half position, your opponent has direct control over one of your legs. It includes controlling the lower part of the leg with their feet, and the upper with their arms. Moreover, they can control the other hip directly with one of their arms. As long as the opponent has the correct grips, you won’t be able to move an inch without giving away a sweep or transition. What’s worse is is that the opponent doesn’t have to wait for you, but can create Kuzushi at any time.

In accordance with the two main issues the BJJ deep half guard presents, you’ll have two specific tasks from the top as well. Your first task is to stabilize your position. Your second task is to neutralize the opponent’s possibilities. Once you’re able to achieve them, you can start thinking about passing, or getting into a superior position.

First, remember that you need to find a way to get your hips over the opponent’s central line. This is the line that vertically divides their torso into two even halves. Your goal is to get your hips towards the side that’s nearer to you. This should be done fairly early, though. In order to make sure you prevent your opponent from sneaking underneath you, the first order of business is head control. You’ll need to get your near side under their head, like for a classic cross-face. At the same time, sprawl back as hard as possible. This won’t get you out straight away, but it is going to prevent the opponent from establishing full BJJ deep half guard.

If you can’t get your hips back, you must think about going up and over. That means raising your hips off the ground as high as possible. This takes away their control and allows you to use the knee of your trapped leg. The goal is to get that knee to the ground, ending up in a three-quarter mount position. While this is not the best position to be in, it certainly is one that can allow you to focus on passing the deep half, while keeping you safe. If you’re looking for a better position zero to pass the deep half, you’ll end up disappointed.

Out of the many sweeps available form the BJJ deep half guard, most aren’t going to work form one of the two above positions. With the exception of the waiter sweep. The waiter sweep is one of those absolutely undefendable sweeps if you let the opponent get past the point of no return. For information purposes, this is the moment they get a grip on your trapped leg after bending it. The reason this sweeps works despite you somewhat recovering balance is the underhook grip under your thigh. This is what gets your opponent the anchor they need to leverage your extended leg into the waiter sweep position.

Seeing as it’s notoriously hard to defend, you have two main avenues of approach. There is a safety zone, but you’ll need to really master it in order to stay there. Even then, unless your opponent gives up on it, you won’t be able to do much. The one thing you must do to secure position lifts the opponent’ head as high as possible off the mats. Also, make sure you trap their foot under your armpit with your elbow. However, your only viable option here is actually going down. However, there’s no need to give away a sweep when you can get a submission instead.

Or, you could choose the easier option. Let your opponent get you off base and start the sweeps. the moment the start swinging up, use the fact one of their legs is swinging and snap a toe hold on it. They won’t get seep points because they’re not going to be able to stand up and you get a submission anyway.

On a more attacking note, once you get a position zero, you can think about attacking. One great thing to go for, from the sprawl and head control position, is a back take. The focus here is on the Nar sid arm, which you need to lift and get over and around your opponent. To make things clear, you need to get them into the gift wrap position. This will enable you to enable you to get a seatbelt grip which, in turn, enables you to get the hooks in and establish back control. The best thing about this is that you get full points for the back and a great position to finish from.

Another solid option is to go for a direct submission. This is going to ensure that you get a pass, at the very least. When in the BJJ deep half guard, aim to get an underhook on the far side arm of the opponent. This will allow you to get tight control over the arm. From there, lift your hips up and slide your bent leg over the opponent’s head. You’ll end up in a near armbar position. From there; it is easy to free your trapped leg and use it to finish the armbar. Or, if the opponent tries to counter or escape, you’ll get side control for sure.

The Best Half Guard Instructionals: