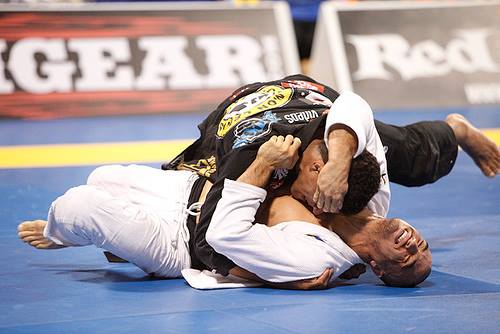 Being stuck on the bottom in BJJ sucks! While being mounted or tortured from half guard can be uncomfortable, there’s one top position that is devastating! There’s a reason why one of the side control variations is named 100 kilos. An opponent that knows how to be heavy from side control can be a real nightmare to deal with. This is why having an effective side control escape approach is crucial for all BJ belt levels.

Despite getting you back in a more favorable position, side control escape has an even more important task. Its primary goal is to get you out of the line of pressure of your opponent. One such brutal example is the shoulder of justice, more commonly known as the cross-face. A good Jiu-Jitsu side control will primarily give you space to work before eventually leading you completely out of danger. This is where the conceptual approach comes in. Given that side control is a very dynamic position, going for techniques isn’t going to yield great results against experienced opponents. Understanding the idea behind side control escapes, on the other hand, is much more effective.

Side Control Escape – The Concepts

First and foremost, here are a few crucial points that every  Brazilian jiu-jitsu practitioner need to understand about escaping side control. In order to improve your side control escape rate, make sure you know what is important to address when you’re at the bottom.

To begin with, having someone on top is always going to restrict your breathing. So, before you look to escape, you need to make sure you can breathe. This will help calm your mind and allow you to think. Furthermore, it allows for a steady flow of oxygen to the muscles, preventing you from tiring out. When people get in bad spots, often they breathe very sporadically.

Focus on using the BJJ moves you’ve learned rather than just pushing and shoving blindly. It is a natural and understandable reflex to want to displace someone’s weight off you. Just make sure you do it the right way.

Moreover, make sure you dedicate a lot of time to drilling and position sparring. open mat is a great time to find a partner and start working on your side control escape plan. The single best way to improve your ability to escape bad positions is to spend more time on them.

With all this in mind, let’s look at the building blocks of the concept for escaping even the heaviest side control pressure.

When you understand how passes works, it’s easier to focus on the right details that will lead you to win the fight for head control during transitions. And if you never allow an opponent to control your head, you’ll never be caught in tight and heavy side control. The little details like being crushed under shoulder pressure, correct weight displacement through driving off the feet, and shifting their hips all allow your opponent to stay secure on top. However, it all starts (and ends) with control over your head. Even in the worst-case scenario, their control must focus firstly on your head and then on your hips. Knowing that your task easy – destabilize that control.

Read on to see how to establish correct frames against their shoulder, rendering their control of your head inert.  After your chin is free, you can maximize your ability to move towards a side control escape.

The key concept about frames is that they need to be structurally sound. The idea behind framing is to create a structure that can easily bear the weight and pressure of your opponent. If you use muscular strength, you’ll inevitably tire out. When that happens, you won’t have the strength to look for escapes. Instead, focus on building frames that are mechanically strong so that they can help you breathe, and eventually, escape.

Essentially, you’re going to look to frame against two major areas of your opponent’s body. During side control transition, there’s an opportunity to block your opponent’s top arm. The best approach to do so is to create a frame against the bicep. The point of it is to prevent them from getting control of your head. Without that control, as we already saw, they can’t stop you from moving. You have to take advantage of it, immediately. Give your opponent no opportunity to figure out a way to get past your frames.

The second target area of your frames is your opponent’s hip. Without a hip frame, not only will it be harder to move, but it will also be easier for your opponent to take back any space you create. Losing the battle for space is the easiest way to get completely stuck in the position. Remember, first regain head control, then create frames before you look for the next step.

Remember all those boring bridges instructors make you do during warm-ups? Well, there’s a reason why the bridge is a fundamental move. As basic as it is, it is also what lots of people seem to forget in side control. They bump instead of bridging. Just lifting your hips for just moment won’t get you out. It’ll actually get you more stuck when your opponent inevitable lands back on you. When you bridge, you must bridge into your opponent and onto your side, ending up on one of your shoulders. And it must be done with a strong base, giving you stability and structure. That will allow you to easily move when at the highest point of the elevation. Why? Because you’ll have lots of space. And that’s exactly what you’re looking for. After that, it’s time to create some movement.

Make sure you do not just leave it at bridging. Connect the shrimp and the bridge together into a seamless motion that is going to get you out of side control in two stages. The bridge, in the first stage, is going to create the space to move. The shrimp, during the second stage, is going to use this space to get your body outside of the range of pressure.

Are you familiar with all the fundamental BJJ moves you need to know? Check them here: https://bjj-world.com/bjj-fundamentals-white-belt-know/

It is crucial to accept that when you concede side control, you’ll be involved in a dynamic battle when you look to escape. This means that you need to be prepared for your opponent’s moves and be able to adapt to his actions.

Once you improve at creating space on the bottom, your opponent is very likely going to look to adjust and adapt. The more experienced the opponent, the faster and more precise the adjustments will be. They’ll start transitioning to different positions and modify how they control you from the top.

Some of these top side control position variations add a different element to the mix. It is no longer going to be enough to just get head control and frames and launch your escape. You’ll now have to deal with the fact that both of your shoulders are firmly pinned to the mat. That gives your opponent another aspect of control – rotational control. This is a real game-changer since rotational control completely removes your ability to move.

You must again look to destabilize their position with movement. By movement, I mean any action that you can take without leaving an opening for them to attack. It’s not easy, but that’s the price you pay for letting things progress to this point. Again, you’ll need to start all over as before. Head control, frames and finally, space and movement. Just make sure you anticipate your opponent’s adjustments this time so that you’re not stuck in a loop in addition to side control.

You do not have to think only defensively from bottom side control. Here’s how to attack and surprise your opponent: https://bjj-world.com/staying-aggressive-bottom-side-control-can-done/ 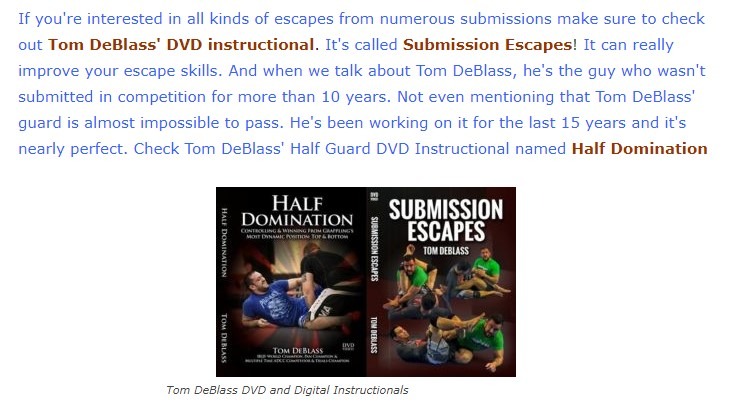