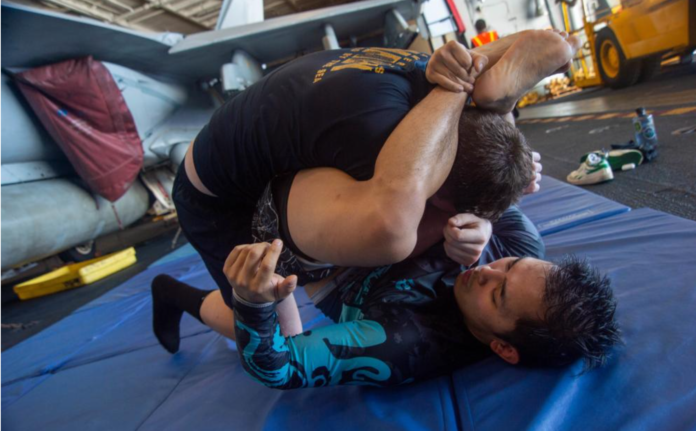 Brazilian Jiu-Jitsu is a first-choice option for many law enforcement professionals from different police departments and agencies around the world. It also appears to be sipping into US military, with the Army already practicing a stripped-down Combatives version of it regularly, and now Navy BJJ training becoming a standard not just in military bases, but also on US Ships.

Recent photos taken on board the USS Nimitz show sailors taking place in Brazilian Jiu-Jitsu in a hangar on the ship, in what seem to be regular Navy BJJ training sessions.

A hangar bay aboard the aircraft carrier USS Nimitz is the training area for BJJ which the sailors on board are gladly using in their pastime to improve upon their grappling skills. It appears that it is not just Navy SEALs that take training BJJ seriously.

It is understandable the t Navy BJ Jtrianign is on the rise, with the ever-vocal ambassador of the sport, ex-SEAL Jocko Willink already inspiring civilians to sign up for the Gentle Art. You can imagine the influence he must be having on fellow sailors.

So far, despite it having no official status, Navy BJJ training is taking place all over military bases, with sailors who have belt ranks from civilian training leading the sessions, but the Navy is more than willing to provide the training spaces. 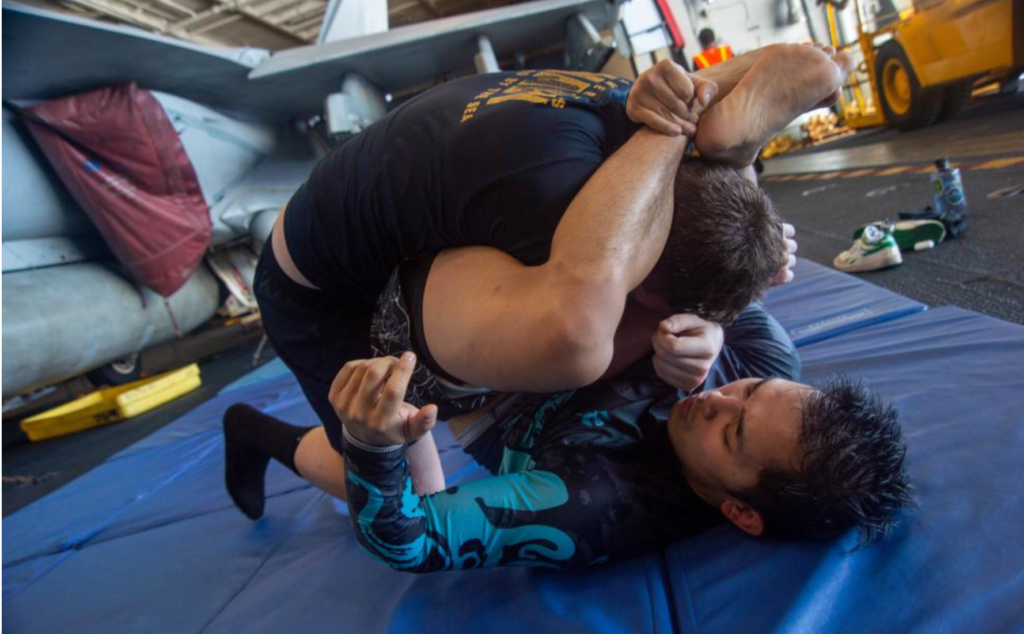 Given that original Japanese Ju-Jitsu was designed for Samurai to dominate in hand-to-hand combat against opponents wearing armor and headgear (so strikes make no sense) it is logical that modern-day warriors, who might have to face the same issue on the battlefield are expanding their existing expertise with additional Brazilian Jiu-JItsu training.

As Jocko himself puts it, BJJ involves a careful mental game preceding the physical exchanges, all happening in fragments of a second, which are crucial skills for people in the military. In other words, Navy BJJ training, extending to personnel and not just special operators is a great way of conditioning soldiers in more than just a physical manner.