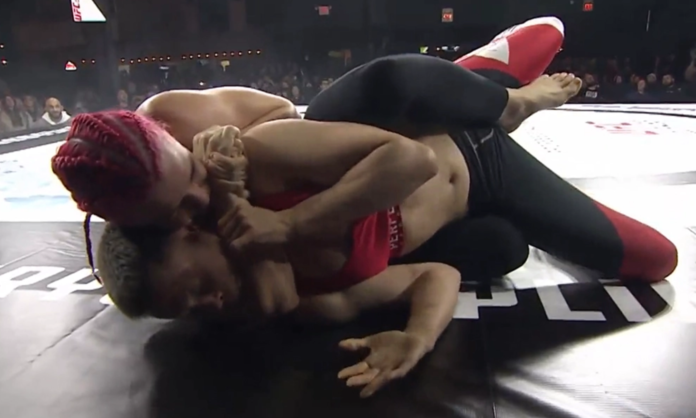 FURY Pro Grappling is a branch of the Cage Fury MMA promotion that puts together professional grappling shows which feature many MMA standouts as well as pro grapplers. During the sixth edition of the event, which happened in P{hiladeplp[hia on Friday, December 30, 2022, the main event saw two big-name female UFC fighters in Rose Namajunas and Gillian Robertson clash.

The main event was scheduled to be a 10-minute submission-only bout. Gillian Robertson, a Din Thomas black belt, dominated the entire exchange, taking down Tony Basile brown belt Rose Namajunas in less than 30 seconds since the beginning of the match. She used the takedown to immediately transition into the back, looking for the choke along the way.

Although UFC strawweight Robertson did not get her to choke on the first attempt, she quickly adjusted switching grips and forced Rose Namajunas to tap out at the 65-second mark of the match.

“To share the mat with someone like Rose is an absolute dream for me,” said a respectful and classy Gillian after the match.

Apart from Rose Namajunas and Gillian Robertson, there were other big names from the MMA world competing in the FURY Pro Grappling 6 event, the likes of Pat Barry, Clay Guida, Ovince St. Preux, and Alex Caceres.

Here are the complete results of the event: