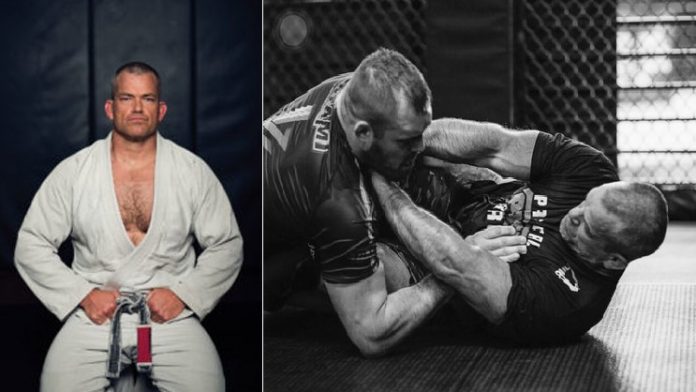 The former Navy Seal and BJJ Black Belt under Dean Lister, Jocko Willink talks about how he first started with Jiu-jitsu and how it adds to his life. When Jocko was asked why BJJ is so important to him, he said:

Jocko was influenced by Jiu Jitsu to teach his men in the military.

“I loved teaching the guys as much as I could, and as much as they wanted. The thing about Jiu Jitsu is it is also not for everybody. It can be very humiliating and humbling. If you have a hard time dealing with the fact that someone smaller than you may be able to tap you out, it is going to be difficult. There are two reactions you can have to that reality. Some people take it as a reason to learn more so that it doesn’t happen again, and some people decide to do that by never stepping into a gym again. You really never know who will make that decision. For me, I knew I wanted to be able to make sure that it wouldn’t be done to me, and I would be able to do it to other people.”

You can read the full Interview here.