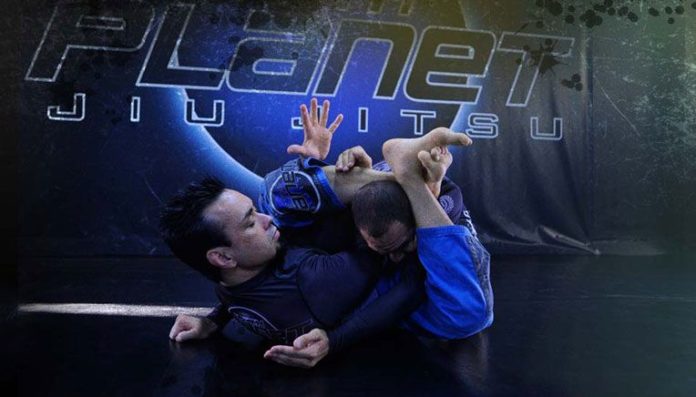 Rubber guard. A highly divisive topic in the BJJ world since its inception. Apart from the early Gracie vs. Eddie Bravo rivalry the whole Gi vs. No-Gi debate, later on, ensured this guard causes more discussions than training sessions. The fact of the matter is that the rubber guard is an unorthodox position. As such, though, it is far from ineffective. On the contrary, it is a great closed guard variation and, contrary to popular belief, works with the Gi as well.

The rubber guard is a guard that’s perhaps not suited for everyone. Then again, show me one guard that everyone can universally do with the same level of effectiveness. You can’t, I know. The rubber guard is a position that I’d place among advanced techniques, meaning that someone should at least be a high-level blue belt or a purple belt to start really learning it. Despite most 10th Planet grapplers disagreeing with this, I think that beginners can’t really benefit from it from the get-go.

The rubber guard is not just a riddle for those looking to get past it. It is very often a hard position to figure out even for those that are playing it. That doesn’t mean, though, that it is an unsolvable one.

The one thing to remember about the rubber guard is that it is a very active position. Eddie Bravo developed it with MMA in mind. In that sense, the rubber guard was created to hold people with broken posture and in a position where they can’t strike until you can turn the tables on them. The key point here is “turn the tables” which means you have to move and progress through different rubber guard stages. 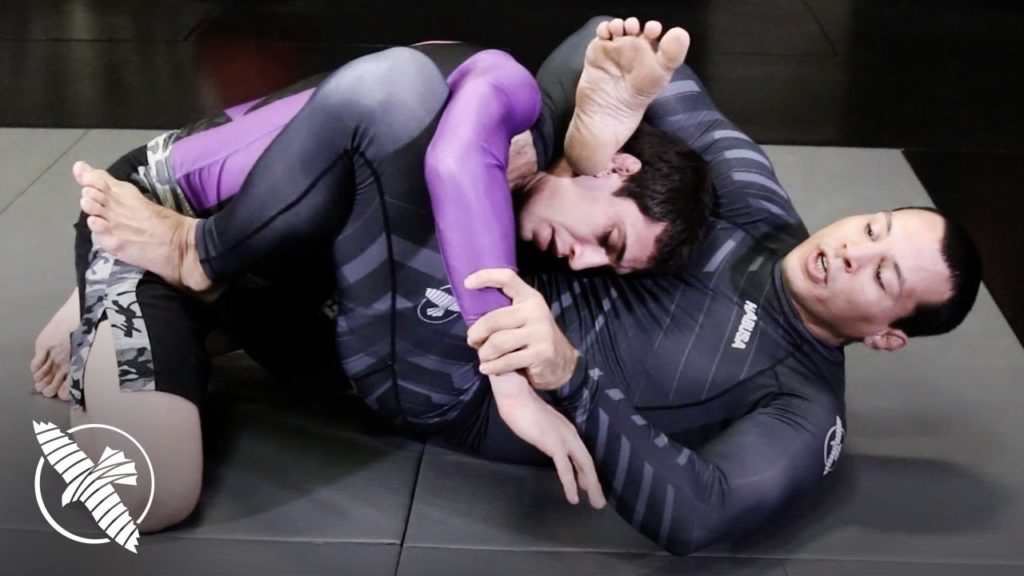 Solving the riddle of the rubber guard, from both top and bottom, means understanding the stage of the rubber guard. It begins ultra defensively, preventing people from obtaining the most important aspect of opening closed guards – posture. The configuration also makes passes like the Tozi difficult as well. At the same time, the rubber guard opens up plenty of attacking and transitioning options. What’s more important, those options come in a few different directions that can easily blend together. In other words, once you’re safe you need to know which direction you’re taking and don’t stop advancing until you have a tap, or atop position.

How To Set Up And Play the Rubber Guard

The rubber guard is essentially a form of high closed guard, but done with an emphasis on one of your legs, instead of both of them. Moreover, there’s a closed-loop system that really makes the position difficult to escape against skilled rubber guard players.

The position is available from any closed guard. The basic transition is to get the shin of one of your legs across the shoulders of an opponent, just like in a triangle. The difference is that this time, the leg stays underneath the armpit. Your other leg stays wrapped around the hip, at least in the initial moments of establishing a rubber guard.

The closed-loop enters the frame with the grips. Your arm should hook the ankle of the leg that goes over the shoulders, looking to grip with a unique grip from the inside out. The other arm then gets into one of several options, the most “basic” one being, and overhook position. However, the grip is not one of a usual overhook, but rather goes around the knee of the leg that is across the shoulders, further wedging it in place.

Attacking from the rubber guard si highly versatile and hat is where your flexibility comes into play as well. Namely, certain rubber guards move are only at the disposal of people that have very flexible hips, and pretty flexible knees. Other aspects, though, are up for grabs for anyone.

Attacks from the rubber guard include triangles, armlocks, guillotine choke variations, and even eh famous Gogoplata. Of course, the Omoplata is a highly obvious option as well. Back attacks and sweeps open up quite easily too, depending on how you progress with your grips, and, of course, your flexibility. The “meathook” rubber guard is one of the most efficient variations that anyone can use, regardless of age, flexibility, or the presence or absence of the Gi.

Getting past the rubber guard is also something every grappler should have in their arsenal. There are plenty of ways to deal with it, but I have to say that I’m a particular fan of Marcelo Garcia’s take on passing it.

Marcelo takes into account the movement and progressive offense that is available to the rubber guard player. In fact, he plays on the fact that they’ll go on the offense and uses it to set up a very cool frame that later on allows you to get out of the guard unscathed.

The play is to start moving the free arm’s elbow towards you. In most cases, this is a freebie triangle for the person playing the rubber guard. However, if you anticipate this, you can actually stop halfway, and use the fact that they’re swinging their leg around for a triangle to trap it with your forearm acting as a frame.

From there on, you need to be sneaky. The move is actually quite simple – turn the trapped hand with your thumb towards the opponent’s hips. This is crucial to recent any armlock attempts (armbar or Omoplata) when you finally decide to shake the guard off. In fact, you’re going to literally shake the person off you, by standing up and letting them slide out of the rubber guard. From there on, it is open season on any guard pass you like.

A Word On Prevention

Once again looking at the rubber guard from a passing perspective, dealing with it early is a much better option than having to pass it when ti si fully locked on. I that sense, prevention is key, and you need to be wary of the threat early.

The best way to prevent someone from ever catching you in the rubber guard is posture. When in someone’s closed guard, remain upright and battle to get up whenever they try and break it. Even if you just have your head above the line of your butt (like in a sprawl). it will help you to prevent them from placing the all-important shin across the shoulders which is actually your one main goal in rubber guard prevention. From there you can address the situation as you would a closed guard.

The rubber guard is a big part of Jiu-Jitsu, whether you like it or not. If you want to be all political about it, goa head and ignore it until someone entangles you so bad you’re going to feel like a white belt. The smart approach would be to learn the basics behind it, who it works, and how you can deal with, it. You never know when you’re going to need it!