Regardless of which generation of grappler you are, you know the name Marcelo Garcia. It may e that old dude who was once scary if you’re new to BJJ, or an absolute legend and a permanent GOAT contender if you’ve been in BJJ for several years. That also means you know what that Marcelo, as unorthodox as his style might be, loves the fundamentals of Jiu-Jitsu. His game is seemingly simple, but actually really intricate and detailed. In other words, nobody but Marcelo could explain it, and luckily, lately, he has been doing just that. The latest Marcelo Garcia DVD Instructional to come out is the Complete Back Attacks System and we have the first review. As usual.

Marcelo is known for having some controversial thoughts on training BJJ, but his results speak for themselves. Marcelo won the Pans, ADCC (4 times), and the Worlds (5 times). During those accolades, he amassed an impressive amount of submission finishes and ended up being branded s one of the most aggressive grapplers out there. His game was simple, centered around the butterfly and X guard, the guillotine choke and choking from the back. That and an impressive toolbox of wrestling moves to score takedowns. Now, his Complete Back Attack System Marcelo Garcia DVD Instructional sheds light on one more key aspect of his game.

How Did Marcelo Garcia Submit So Many Opponents?

Marcelo has a record of 56 submission wins out of a total of 86 won matches. That boils down to a whopping 65% submission rate, which is even more impressive considering he only fought ultra-high level opponents. Out of all those submissions, the most (17) came via a rear-naked choke. You can see where I am going with this.

One of Marcelo’s controversial claims is that certain moves in BJJ don’t’ universally work against everyone. Some examples of moves like that include the Kimura and foot locks. However, he does have the moves he believes are the highest percentage. Moreover, those are the moves that he has built his entire submission game on. 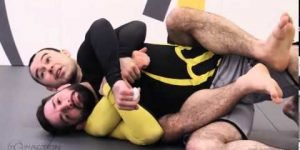 To begin with, Marcelo loves his chokes. Whether he gets a rear-naked or guillotine choke, he does so much more often than finishing people with armlocks. His take is that it is the technical properties of the move that matter the most. He also famously downs’ do any conditioning, claiming that hard rolling is all you need to be in shape for Brazilian Jiu-Jitsu.

Marcelo’s rise and establishment as a complete grappler is exactly what made his so famous without getting seriously hurt. His game based on fundamentals slick back control front headlocks and the butterfly guard sounds awfully close to what other top coaches of today still preach as the best combination to play a competitive grappler. Marcelo was most definitely ached of his time, as you can notice from the Complete Back attacks System Marcelo Garcia DVD Instructional.

Once again, we have a classic from Marcelo. A four parts Marcelo Garcia DVD instructional taking you step by step through his entire back system. However, Marcelo’s take on organizing things, and teaching them is different from others. People usually teach either move by move, or in a conceptual way that makes everything tie together. Marcelo likes sequences. Each chapter in the four volumes contains a sequence that has a start and an end. Most sequences have several moves, and the best thing is, they all tie together. That’s how his Complete Back Attack System comes alive.

This DVD is a must-have for everyone that likes the back mount. Actually it is a must-have for everyone in BJJ. There have been many takes on back attack systems lately, from both top coaches and competitors and everyone in between. Given that Marcelo is himself both a GOAT among the coaches as well as he is among the competitors, I’d wager his version of events is going to be a lot more practical than anything else available out there.

As the volume progresses, Marcelo goes over back takes from a sprawl, top turtle position, scarf holds, and even as means of escaping and countering leg locks. The sequences all go in different directions, offering different ways of not just getting behind someone, but also retaining the back position.  To be honest, it is quite difficult to review Marcelo’s stuff without having to write everything step by step. However, that would turn this into a transcript rather than a review, so I’ll let you discover the rest yourself.

The second volume of the Compete Back Attack System Marcelo Garcia DVD Instructional focuses on yet more back takes. If you thought the first DVD had some crazy move in there, wait until you see this one – it is all about jumping back takes. 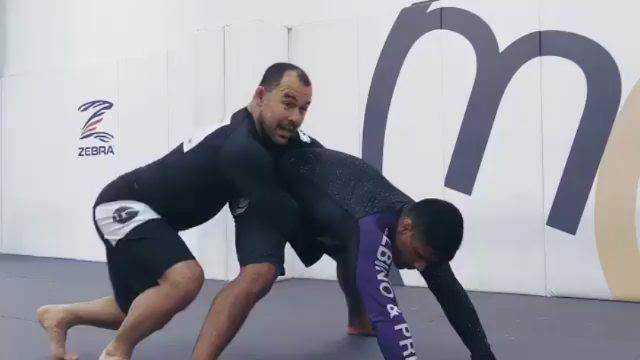 In that sense, there are about a dozen different chapters, which translates to a dozen sequences that work by themselves or tie perfectly together. For example, you have jumped back takes against opponents on all fours, unbalancing drills, body lock back takes, and even re-jump ways of getting to the back which are most definitely Marcelo Garcia trademark stuff.

One to keep an eye out for in this volume is the jumping back take against bigger grapplers, conveniently named “the giant killer”.

Volume three switches the subject a bit, going from back takes into finishes. As I said, this Marcelo Garcia DVD Instructional si simple, teaching you how to get to the back in detail, and then how to finish in detail. This portion starts with some basic recovery sequences to make sure you stay in back control.

The rear-naked choke is the star of the show in this volume of the Complete Back Attack System by Marcelo. The ways in which you get to it, though are quite unique. From the usual grip fighting sequences and arm traps to wrist-wiggling and “the pez set up” to finishing the choke with a Gable grip, it is all in here.

The final volume ties in perfectly with everything Marcelo shows before. This is the part where he teaches you how to maintain back mount indefinitely. Or, at least until you set up a rear-naked choke in one of the ways he showed earlier.

Stuff like barrel rolls (very useful), cartwheels, bridge-overs, etc., are just a few examples of how Marcelo likes to retain the back. To make things simple, he doesn’t like to statically keep his opponents in back control, but rather follow them as they move and try to escape. Out of all the Compete Back Attack System Marcelo Garcia DVD Instructional

It is crazy that nobody was able to come even close to Marcelo’s game in all the years since he retired. As it is obvious from the Compete Back Attack System Marcelo Garcia DVD Instructional, and his previous ones, unless the man himself decides to share his systems, we’ll probably never be able to learn them on our own. Luckily, he holds no punches and I must confess that his back attacks instructional is the best of the bunch Marcelo has out so far. I certainly am looking forward to what comes next. I hope it is the X-guard. Fingers crossed. 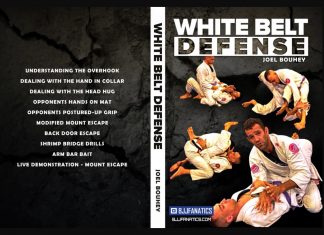 0
Ah, those white belt days. The moment you become a blue belt, you start talking about those days as if they were fond memories....