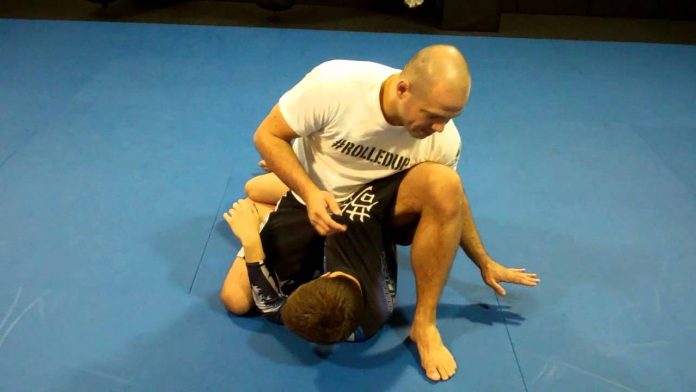 Omoplata, Gogoplata, Locoplata, Baratoplata… There are a lot of “platas” in Brazilian Jiu-Jitsu. Joking aside, all of these techniques are very efficient and painful submissions. Some, like the Omoplata and Baratoplata, are joint locks, while the Gogoplata is a choke. However, there’s one more submission to this family, that not many people look for. To be honest, apart from the Omoplata and perhaps the Baratoplata, all of the other are not common submissions. This includes the Monoplata as well.  How often do you hit a Monoplata in training? Do you even have it in your arsenal? it is a very powerful submission that works from both top and bottom. Look into it.

Brazilian Jiu-Jitsu joint locks are probably the most numerous submissions in the sport. There are plenty of submissions involving breaking the joints of the limbs. These locks can be done in two main ways. The first is in a straight manner, like the armbar, armlock, kneebar etc. The second one is a joint lock on a bent limb, like a Kimura, Americana, Toe Hold, etc. The Monoplata submission falls under the bent limb joint locks category. In essence, it is a hybrid between an armbar and an Omoplata with the focus on the shoulder joint. It is a quick and easy submission that not many schools teach.

Some coaches, like grappling legend Marcelo Garcia, have the Monoplata in their curriculums. 10th PLanet Jiu-Jitsu also relies heavily on it, given that it ties in with the Omoplata and Gogoplata perfectly. Many other schools though, especially those that are Gi exclusive seem to shy away from it. Why would you skip over a submission that’s halfway between an Omoplata and an armbar? It’s like going from a Guillotine to a D’arce without attempting a Japanese necktie in between.

The Monoplata is essentially a shoulder lock which involves a slight ned in the arm and both the use of your legs and arms to finish. This makes it a really potent weapon, as you have your whole body up against a carefully isolated limb. Moreover, the positions for the Monoplata are generally very secure, from both the bottom and top attacking instances.

Since the quintessential setup for this submission is from the mount, we’re going to use it as our example. The goal here is to go step by step through all the details that make this shoulder lock such an awesome finishing move. The basic setup involves a huge error by your opponent, which is unlikely to happen at higher levels of the game. Fear not as you can provoke enough of a reaction to enter the setup effectively. More on that later on. For now, let’s imagine that you’re in mount and your opponent has double underhooks on you with a grip behind your back.

Once you feel the grip in place, choose a side to attack and lift one leg. Your leg should be bent at a 90-degree angle, like in a lunge position. This is going to both turn your opponent on their side and isolate their top arm. The goal is to create ample space to get your shin over their face. ToO do it, thread your arm around your own knee and tightly grip their shoulder. Use your other arm to push their head towards the mats. Now, you can easily swing the shin over.

The ultimate goal is to sit down like for an armbar, but with the arm trapped under your armpit. All it takes is sliding your bottom knee toward the trapped elbow, pinching your knees.

Wher Can You Get It From?

When you’re hunting Monoplatas, the mount is the best position to get them from. But, when you’re up against anyone with a blue belt or above, you’ll probably not going to have them grip you with underhooks from bottom mount. Regardless of that, you can cause them to act in a manner that’s going to open up a Monoplata entry for you.  For instance, you could scoop their elbow for an armbar, which is going to prompt them to recover it. Once they pull it back, simply trap the arm with your armpit and raise the leg. Another option is going off the basic position of your arm under their head when in the mount.

Another great way to get the Monoplata is from the bottom. Although a less frequent setup, it is one that works like a charm. Form the closed guard, go about as setting up an Omoplata. Break their posture, trap an arm, shift your hips and try to hit an Omoplata. An intelligent opponent is going to press forward once you place your shin in front of their face, blocking the Omoplata. This is when you’re going to pinch your knees together and place both your palms on the mats, away from your opponent. From there, just switch the hips and you’ll land in the perfect position to finish.

Another great setup is hunting for the Monoplata straight after a knee cut pass. The moment your foot is free from the opponent’s quarter guard, switch your hips and use the underhook you have to open up space for your leg. Swing your nearside leg around their arm and aim to finish from the top. You could also place the leg in front of their face and finish like before.

So how can you tie in the Monoplata into your submission game? We already saw how it connects to the Omoplata, but does it work with other techniques a well?

Well, another readily available move is off the Monoplata is the straight armbar. Since you’re already in place, all you need to do is switch to an armbar position. Keep the arm under your armpit as you’ll get better leverage to finish.

Other options include transitioning into (or from, via the Omoplata route) a triangle choke. One more next door neighbor is the Gogolata, in particular, the mounted Gogoplata. All it takes is to look for a correct foot placement once you swing the leg over. If you can get the neck, go for the Gogo instead of looking for a shoulder lock. When the opponent turns, though, the Monoplata is there for the taking.

Take your Omoplata knowledge to the next level with the “Omoplata Everyone” Bernardo Faria DVD. You’ll even find some Monoplata setups and connections in there. here’s a complete review of what to expect from this fantastic instructional.