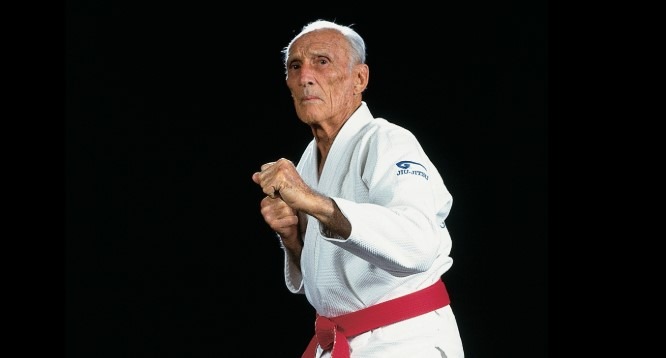 Brazilian Jiu-Jitsu was not always a sport-oriented grappling exclusive sport. In its inception, the Gracies relied heavily on their BJJ to get through street fights and Vale Tudo matches. As such, Brazilian Jiu-Jitsu also featured strikes and kicks. Albeit not too much offensively, the Gracies knew all about defending punches, kicks and assorted strikes. Later on, this translated to the self-defense portion of BJJ training, which used to be elaborate and mandatory. Today, most schools tend to shy away from training Jiu-Jitsu self-defense. Or even worse, they do it all wrong.

Martial arts had but one use as they were developed – battle effectiveness. Most (if not all ) martial arts have their roots in combat as they were highly effective in practice, given the time period they were developed in. As martial arts spread across the world they slowly transformed into sports activities, some moving a long way from their original intent. Brazilian Jiu-Jitsu is a fairly young martial art but was heavily based in self-defense. The direction of today’s sports grappling is threatening to completely kill off the Jiu-Jitsu self-defense aspect. Which is sad really.

Brazilan Jiu-Jitsu is a well proven practical martial art. Its self-defense application is unrivaled as the art ticks all relevant boxes. The basic Jiu-Jitsu self-defense techniques are easy to use, work perfectly for practitioners of all sizes and have been tested on the streets and inside the octagon alike. However, if your gym is approaching self-defense training in a manner which reminds you of the bullshido videos of today, maybe it is time to reconsider where you are training. Don’t get me wrong, a BJJ academy can produce awesome grapplers without ever addressing Jiu-Jitsu self-defense. It is those that teach it as part of their classes, but only because they have to, that is the most dangerous. Because there’s hardly anything worse than a false sense of security.

Dean Lister knows a lot about grappling and plenty about self-defense. He also knows how to put them together in the best way possible. Now you can too by picking up his “Alpha Male Self Defense” DVD instructional! It’s available now at a cut price!

Why is Brazilian Jiu-Jitsu in particular so effective as a self-defense method? Well, the art itself is based upon the principles of superiority in daily street altercations, so you could argue there was a lot of practice. The Gracies lived in a tough part of Brazil and were very vocal about the prowess of their fighting method. This lead to countless testings of their skills which in turn, led them to refine them for that specific purpose.

Carlos Gracie, who learned from Mitsu Maeda was not the biggest kid on the block. His brother Helio was even worse off, skinny and sickly. This is the main reason why BJJ is so much about leverage and technique. It was literally tailor-made to suit the brothers’ body types and needs. BJJ’s primary principle is that the smaller person can easily deal with a much larger and significantly stronger attacker. This is not just a notion, like in some other martial arts, but a proven fact of BJJ.

Furthermore, the techniques are all based on control via the aforementioned leverage principles. This means you can control a chaotic situation and de-escalate it at will. It also means you can choose how much damage you want to inflict on someone. You could just control, incapacitate (put to sleep) someone, break a limb or even kill them.

On another note, Jiu-Jitsu does have quite a large learning curve, but that doesn’t mean it’ll take you as long to master the Jiu-Jitsu self-defense aspect. Or get efficient with it, at the very least. The basic Jiu-Jitsu self-defense moves are nothing flashy, nor difficult to learn. There are efficient ways of focusing on a few select moves that could get you out of a tight spot for real.

The Issue With Practicing Self Defense

So, what’s the issue with self-defense training if BJJ is so effective in real life situations? Well, there are a few, to be honest. Let’s address them all one by one. 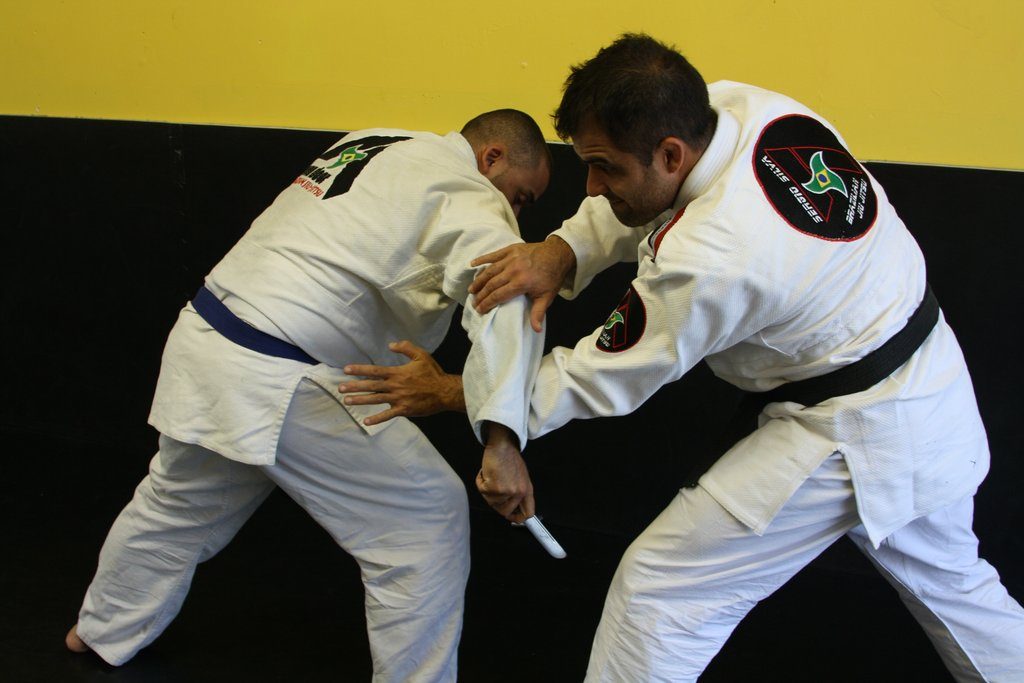 The most important thing, in my opinion, is the way people training. or better yet, teach self-defense. While you do not want to scare away people on their first day, teaching them to block a punch and stay there for a couple of minutes setting something up is just plain dumb. Self-defense requires training scenarios based on realistic events. Unfortunately, today’s self-defense curriculums seem to be based on Steven Seagal movies rather than reality. This is the number one issue the art faces.

Similarly, people think they are going to get out of a fight untouched. Once again, this is pure Hollywood fiction. There’s no self-defense scenario in which you do not receive some damage. Modern curriculums do not prepare people for the fact that they need to take some damage in order to inflict some more. Sounds easy? Go and get punched in the nose, then let me see you claim it’s easy.

Furthermore, it is the choice of techniques. Teaching people Capoeira-like kicks from the bottom when you have far more effective techniques is, once again, stupid to put it mildly. BJJ has a great arsenal of tools, some great for self-defense, other better fro sports environments. If your “coach” is teaching you to Berimbolo in a self-defense situation, leave the gym, or at least stop treating classes like a self-defense martial art. You’re training a sport that works under specific conditions. That’s it.

A Practical Approach To Training

So what can you do to successfully defend yourself by using Brazilian Jiu-Jitsu? Well, apart from training with someone from the old-school Gracie guys, you need to know what to look for. A street fight is a violent and entropic situation with an always uncertain outcome. Remember that avoiding one is the most important self-defense you could ever master.

However, if you really need to be ready, then you need to emulate the circumstances as close as possible. To do that, you need to know that under pressure, you’re going to forget all the fancy things you think you know. Once the adrenaline starts surging, you’ll just act instinctively, That means, you need to make Jiu-Jitsu self-defense techniques part of your instincts. You won’t do that by learning BJJ as a sport. AWhat you need are a few, very select techniques that you need to drill long, hard and on a daily basis if possible.

Next, the training environment needs to progress as you master the moves. At first, it is ok to go slow, this move fits this scenario and so on. But once you know what you’re doing, you need to put the pressure on. Create scenarios with shouting, pushing, unexpected attacks etc. See how you react when someone is trying to hurt you, even if it is simulated. This is like being in mount – the more time you spend there, the better you’ll be at escaping.

Finally, look to introduce strikes. BJJ changes significantly when strikes are factored in, as proven by Combat Jiu-Jitsu. IF you do not like MMA training, at least do grappling with strikes. Use gloves, go slow and take care but learn what to do, and more importantly, not do, in specific situations.

VIDEO: BJJ Black Belt Killed While Trying To Subdue a Guy With A Gun – Breakdown