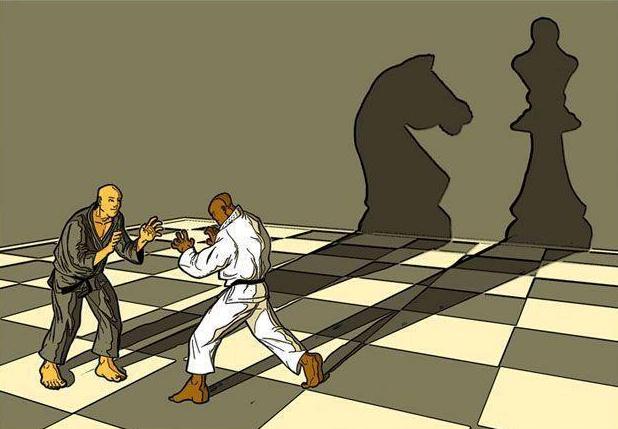 Are you getting stuck in certain BJJ positions over and over again? If so, you probably have a hole in your BJJ game. The solution is not easy and not simple. It is a two-step process that you have to go through. First, understand the position and how it works. Secondly, re-trace what you’ve been doing and identify where you’re going wrong. here are the best ways to accomplish this task.

The BJJ game people have is usually in tune with their goals. Competitors, for example, are more often than not, specialists. They have a strategy what and when to do and they have their favorite moves. They know this to perfection and there’s no dealing with it. But take them in deep water and they might drown. People that don’t compete have a game that is defined by other factors such as age, body type, belt level etc. What all of the above have are certain holes in their BJJ game. Although working specifically on the holes might not be a current goal, patching them up, at least, should be done immediately. Otherwise, you risk leaving cracks in your BJJ game even as you progress.

We’re going to use a specific position as our example so that we can go through all important steps of fixing a leaky BJJ game. The position is going to be the butterfly guard and the problem is going to be sweeping. The butterfly guard is a very powerful weapon used by some of the best in the game. From Marcelo Garcia to Eddie Cummings, the guard effectiveness is not in question. So, it must be something you’re doing wrong. But what? here are the crucial 5 steps to fixing your hidden weakness.

1. Figuring Out the Issue

The first step in our methodology for fixing up your BJJ game is figuring out what you’re having trouble with. This means clearly identifying the problem before you think about solving it. In our specific butterfly guard position, the trouble is sweeping. the butterfly guard offers lots of sweeping opportunities but also has a lot of details. While you might stay in it for a long time and not allow a guard pass, you might be unable to sweep 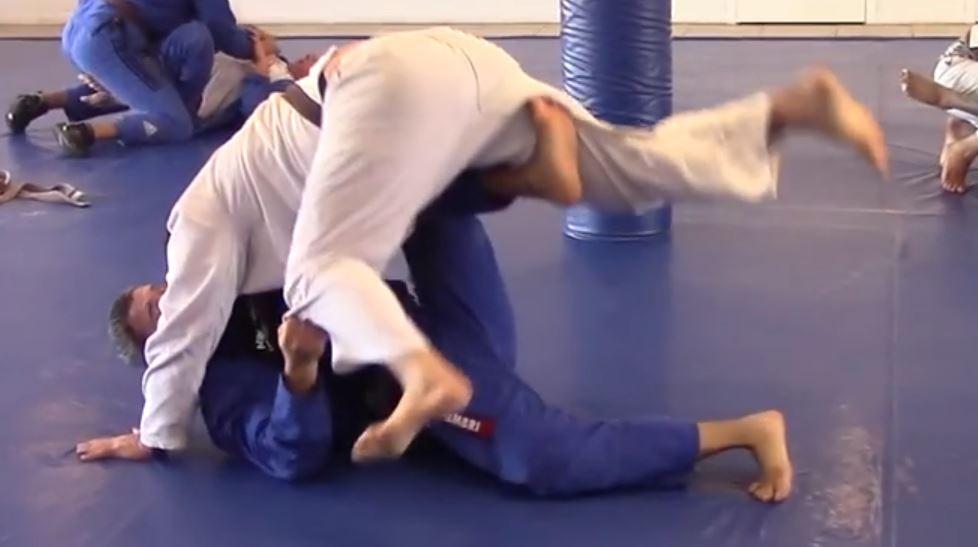 So let’s say you’re in the butterfly guard and have everything set up correctly. You go for a butterfly sweep but your opponent bases out on all fours. you restarted, and try to hit the sweep on the other side but the same thing happens. The problem is apparent. The opponent’s’ base is what is preventing you from sweeping, Now that we know this, let’s move on the next step.

2. Talk To Your Instructors

No matter what you do when training Jiu-jitsu, you always need to communicate with your instructors. They need to be your best friends and they need to know exactly what BJJ game you’re trying to play. so, now that you know what your problem is, the first thing to do is as for your instructor’s advice. If you can’t for some reason, any higher belt will do. When you look to explain what happens, do the exact same thing you’re doing wrong. In plenty of cases, this is enough for your instructor to offer you a solution. It is all about details in BJJ, and you’re instructors usually know them all.

WNow that you know the real issue and have solid advice on how to proceed, make sure you implement it correctly. Going back to roll straight away is only going to make you feel worse in your butterfly guard. to truly fix your game you need to understand the details of the solution. 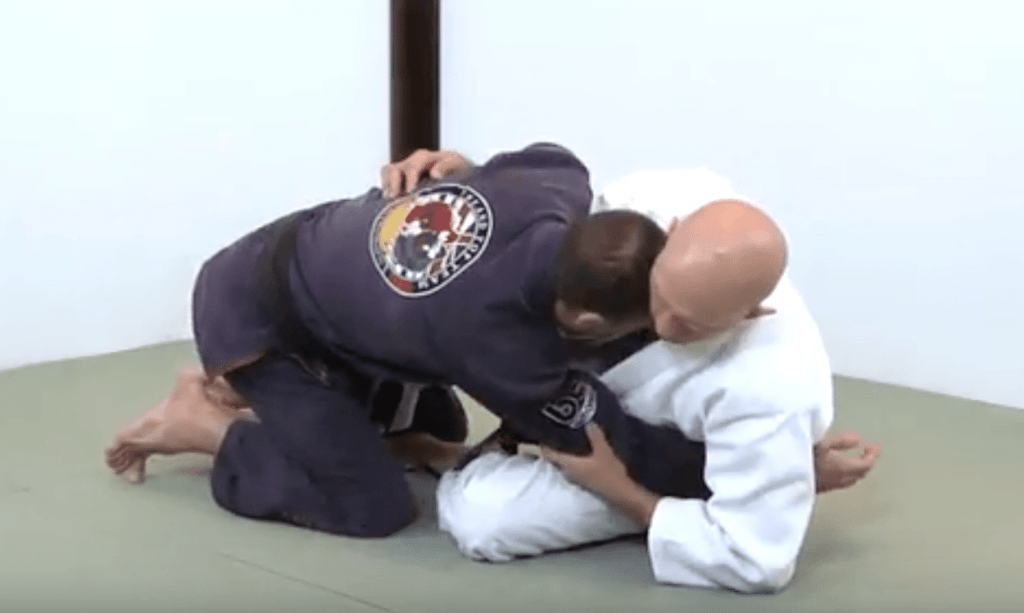 The issue that you identified as the opponent’s opportunity to base. Now, the technical solution to this is creating disbalance before looking to apply the sweep mechanics. That means making your opponent look for a base in places where they don’t have it. Form the butterfly guard, instead of going for the sweep they expect straight away, make them step out of balance first. Use your hooks and your grips to disrupt their balance before your attempt to sweep. Next, make sure you take away as much of their base as possible. The best way is to fold one of their arms towards their belly so that there’s no base on that side.

Once all that is clear, it’s time to drill, drill drill. Make sure you everything slowly and carefully,  with little resistance at first. Then, let your opponent resist more and more until you get all the little things right. Now you’re ready to test out your patched up BJJ game live.

When you next go for a roll, go about playing your BJJ game as usual. Once you end up in butterfly guard though, first make sure you can retain it. Then, attempt to sweep. This time, though, go for all the new little details you learned, one by none.

As you keep training, your success rate with the move is going to climb. First, it’ll work on lower belts. Next, you’ll manage to pull it off against your peers, and even the odd higher belt. This is the time when most people are going to start figuring it out. Now you need to make a decision you’re either going to expand on your new knowledge and broaden your BJJ game, or you’re going to perfect the on that that you learned to the highest degree possible. 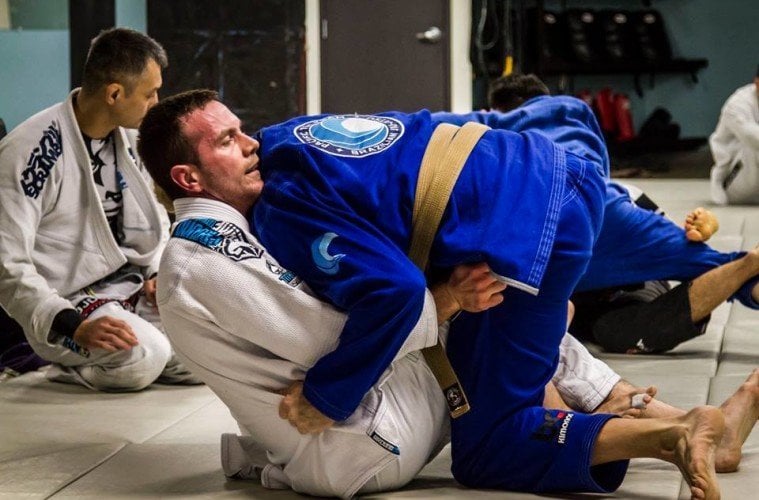 When you get proficient enough with you butterfly sweep, someone is going to come up with a way cancel out your efforts. Once that happens, you mustn’t stop. There’s no need to go back to the drawing board, you just need small adjustments. For example, even when you have everything set up correctly, your opponent shifts their weight so that their leg is enough to keep them in balance. Now, it doesn’t matter that you have their arm trapped, they do not require it for a base. What you have though, is an advantage. Simply switch your efforts to the opposite side and do a butterfly sweep there. Because of the weight shift, your opponent is going to be helpless.

This is not the end, though. Jiu-Jitsu is endless and so is will your BJJ game be. To that extent, make sure you keep experimenting. This is going to help you plug any holes you might have in your game. Sometimes, these solutions are going to open up new directions for the development of your BJJ game. In other cases, they’re going to be enough to allow you to do your game without getting stuck at the same spot again and again.