Why do you train in Brazilian Jiu-Jitsu? is it because of the workout? Maybe it’s the self-defense aspect of it. Or perhaps you’re a competitor hoping to become a pro one day. Some are even into it to give their mind a place to rest. Whatever the case, you’re hooked to the best combat sport on the Planet. But are you aware of the impact BJJ has on your body and mind? Because there are other benefits of Jiu-Jitsu despite your own personal reason for training. Let’s see how Jiu-Jitsu changes the lives of everyone involved in it for the better.

Grappling is definitely one of the hardest things people can do in their lives. It requires dedication and even a level of addiction to truly become superior to it. It also has huge mental and physical demands. you not only get to do a really difficult sport but also have to do it against always changing resistance. You’re up against an opponent that moves in an unpredictable manner. Moreover, you need to manipulate both yours and their body weight. And during all this, you need to keep a clear head and make lightning-quick decisions. But it’s not all demands. There are also plenty of benefits of Jiu-Jitsu that you might not be aware of.

Jiu-Jitsu is a really complex martial art. The main thing that makes it so elaborate is the constant evolution. nobody can master the art as it is always changing and growing. expanding into new areas. This requires both physical and mental attributes in order to keep track of and aim to master.  Luckily these are not pre-requisites as BJJ has the tools to develop them in everyone. When the Gentle Art takes over you, it molds you to become better at it. It is just one of the multiple benefits of Jiu-jitsu that people are mostly unaware of. Let’s look at some of the rest.

Bernardo Faria is a 5 times World champion that certainly understands BJJ. Use his “Foundations of Brazilian Jiu-Jitsu” DVD set to learn the essence of the Gentle Art correctly. Here’s what you can expect to find in this instructional.

The Benefits Of Jiu-Jitsu You Need To Know About

The benefits of Jiu-Jitsu go well beyond the physical. Despite what most people think, BJJ is much more than just a workout. It is also different to other grappling martial arts, that are based more on the physical side of things. Brazilian Jiu-Jitsu is all about leverage, mechanics, principles, and concepts. On top of all that you have a whole phone book of techniques and their names. This obviously requires some mental gymnastics as well, on top of all the physical work we put in. 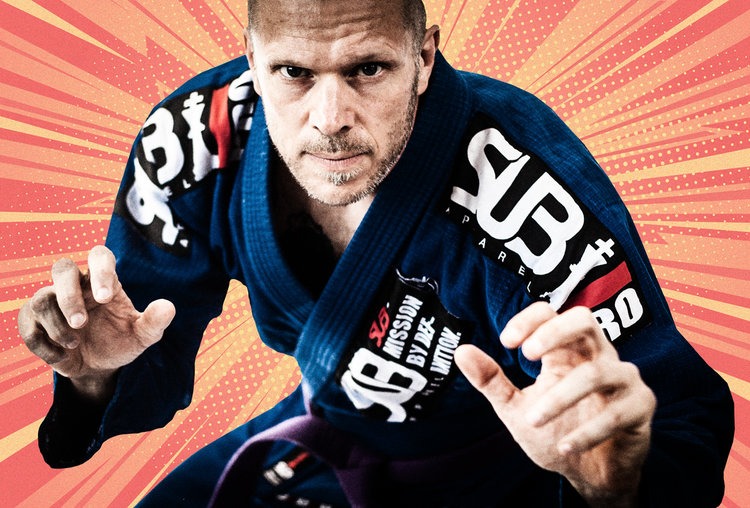 In terms of benefits, Jiu-Jitsu can guarantee a few things. First, you’ll get better overall health. This is due to to the physical aspect of it. But also there’s the lifestyle aspect, one which includes proper nutrition and often, supplemental conditioning or mobility training. Next, you’ll become better at life, as simple as that. Taking the BJJ principles and applying them to other life situations is going to provide you with answers to plenty of questions you thought were too hard to solve.

Mental toughness is a trait often associated with wrestlers. They do tend to have grueling physical workouts and matches, demanding them to be mentally powerful to push through. Jiu-Jitsu though boosts your mental toughness in a whole different way.

Training Jiu-Jitsu means that you won’t just gain the direct nitty gritty mental toughness of wrestlers. you also get a problem-solving component to, it, one that you can’t get anywhere else. Whenever you’re in a tight spot in BJJ, simply pushing through i not going to get you far. you’ll either end up worse or won’t affect the situation at all. Instead, what you learn is to be persistent enough until the time is right to apply the correct solution to a problem. This means being able to face a problem, position yourself so that you can withstand it, and find a crack to get through it without t any damage to yourself. This happens multiple times in a single BJJ class, so you make the math. As far as benefits of Jiu-jitsu go, mental toughness ranks right at the top.

This is a no-brainer really. If you want to become really physically tough and well conditioned, do grappling. While you might not get the grind that Judo players and wrestlers face daily, you’ll get more than enough to keep you sharp.

All those tough rolls and small injuries you pick up along the way are going to teach you that you’re tougher than you think. On top of that, they’re also actually going to make you tougher. Your body gets a workout like no other form of Jiu-Jitsu. It’s not just the muscles that of another athletic discipline can hit. TI’s the ways in which BJJ works them that’s unique to the Gentle Art. namely, you work strength, explosiveness, isometric strength, flexibility and everything in between during just one class.

If there’s one thing that is common among people sharing the BJJ lifestyle it’s nutrition. benefits of Jiu-Jitsu include changing your eating habits for the better. sometimes it’s just because you want to fit in. Other, you find the support group you need in your teammates who are already eating right. Or, you might just want a taste of that Brazilian cuisine. After all who doesn’t like tapioca pancakes and Acai?

Most of the Brazilian Jiu-Jitsu academies today have a self-defense portion in their classes. It might be a class on its own or just a part of the class. Whatever the situation, the outcome is the same -you’ll know how to handle yourself if the need arises. Are you going to be as “effective” as Steven Seagal? Of course not. But you’ll know what works and what doesn’t. you’ll also gain the confidence absolutely need in a confrontation. Confidence means you’ll end most confrontations with the other person backing down. And even if things get a bit out of hand, you know how to take care and control someone at will, don’t you? After all you’re doing it multiple times a week.

This is the big one that grapplers tend to take out of proportion. Let’s make ti clear – there’s no way to get read of your ego. its’ as much a part of us as our limbs. However, there’s a way t learn humility, which is how our egos are kept in line. 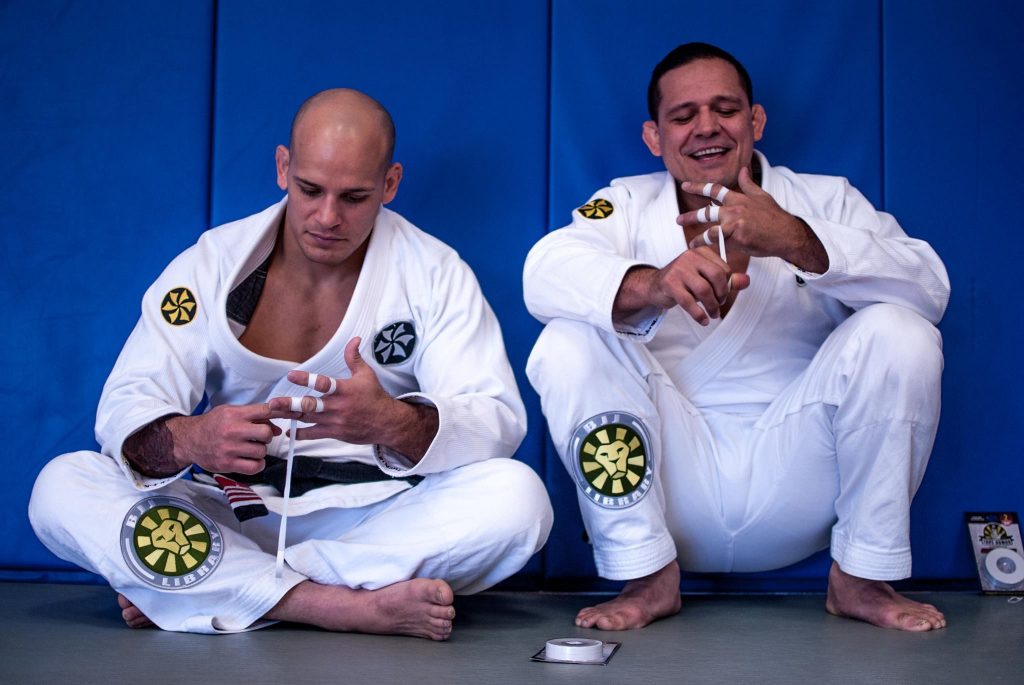 Benefits of Jiu-Jitsu include a hard lesson in humility. Why hard? Just look back to those first few months. you got through them, and you never want to go through it again. But what did they teach you? They taught you that no matter how strong you think you are, how good you think you are, there’s always someone better. They taught you that you sometimes need to tap in order to learn something and keep on fighting. These area ll lessons that today’s society is not fit to teach. That’s where BJJ steps in.

Once again in the domain of physical benefits of Jiu-Jitsu, we have to at least mention flexibility and mobility. after all, we all know someone who turned up to class as brittle as a rock. A couple of years in and they’re now doing cartwheel passes and full splits. There are some enormous physical benefits of rolling and training BJJ in general. Yes, injuries area part of the sport as well, but the benefits of mobility certainly outweigh the small knocks we pick up along the way.

When Are You Experienced Enough To Be A Jiu-Jitsu Instructor?