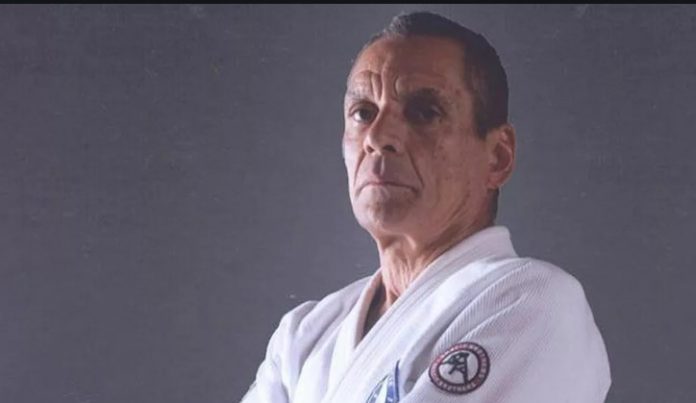 So, BJJ is never boring both on and off the mats. Like everything else, the Gentle Art has its fair share of controversy, sometimes not so gentle. Sometimes it’s irrelevant stuff like tournament scuffs. In other situations, like fake black belts or assaults within academies, things are more serious. Then, there’ the more violent side, like that time when Ralph Gracie beat up Flavio Almeida off the mats at a tournament. In fact, it is the Gracies that often supply us with much of the BJ Jcontrovers, keeping things interesting. This time around, Relson Gracie is the man in the focus, getting arrested on drug charges in his native Brazil. But what really happened? It is time for a full analysis of the incident and the aftermath.

Relson Gracie is a respected name in the world of Brazilian Jiu-Jitsu. He is, after all, a red belt, and there aren’t many of those around. That said, he has never been one to get mixed up in the sort of stuff that’ll get you headlines for all the wrong reasons. At least, that was my impression of him, having never met the man in person. Just a week ago, Relson was arrested in Pirai, Rio De Janeiro on charges of drug trafficking. This took the BJJ world aback. As usual, every story has (at least) two sides. So we’ll try and paint the real picture here now that he has finally been released. An aftermath is sure to follow, though, and we’ll keep a close eye on it.

According to information out of Brazil, Relson Gracie was arrested last Friday on charges of drug trafficking. It was later understood that Relson charges concerned marijuana. In Brazil, marijuana laws are extremely strict and breaking them usually carries significant sorts of punishment. In fact, according to some reports, Relson was facing up to 15 years in prison. This is mostly because the officers thought the drugs originated in the USA.

The 9th-degree black belt and son of Helio Gracie was arrested on a bus from Sao Paolo which was stopped for a routine inspection. A K-9 unit was brought on board, and the dogs identified there was something in Relson Gracie’s bags. After a search, officers said they discovered marijuana and marijuana-related paraphernalia. In fact, there were several forms of marijuana in the bag, cited as skunk, cram, oil and dried marijuana. The search and subsequent arrest were carried out by the Federal Highway Police (PRF). The incident happened in Pirai, located in the south of Rio.

Relson Gracie, aged 66 is the second oldest son of Helio Gracie. He is also a huge figure in the world of Jiu-Jitsu. Relson is the coach of legendary black blets like Steve Maxwell and the MIgliareas brothers. He is also a former fighter himself, with over 140 Vale Tudo fights to his name. He is also, and one of the biggest ambassadors of BJJ in Hawaii, especially during the early spread of the art. Relson has numerous affiliate academies across the US and the world.

The side of the story above is one that newspapers in Brazil reported after the incident. A couple of days ago, Relson Gracie was released, after a judge accepted his defense. The defense in question, supported by lawyer Joao Francisco Neto is that the marijuana nad assorted paraphernalia is for medicinal and personal use only. Part of the issue was that a ticket from L.A. to Sao Paolo was found in Gracie’s backpack. That prompted officers to suspect that he brought the marijuana in from the US.

According to a statement Neto issued to MMA Fighting “The athlete and professor Relson Gracie was a victim of a big misunderstanding,” the statement read. “He lives in the U.S. and brought cannabidiol-based medication for therapeutic purposes, all industrialized and obtained with a prescription in that country. His arrest during a routine inspection by police officers was promptly revoked by the Judiciary.

Such medication can already be imported with a mere prescription, according to a recent ANVISA resolution, which deflates any possibility of a crime being committed.”

ANVISA (The Brazilian Health Regulatory Agency) actually allows patients with a prescription to purchase CBD/THC products in Brazil since December of 2019. The same holds true for importing such medications, which clears Relson Gracie of any wrongdoing.

THAT Weed And BJJ Thing Again

The Gracie family has a strict image to uphold, especially among the senior members. According to Helio Gracie’s own rules, BJJ black belts should represent the sport in the form of clean-cut athletes, free of vices. Among those, drugs, including marijuana, were strictly prohibited by Helio. Of course, that was in a different time than today, and in Brazil rather than the US. Nowadays, you rarely see Kron Gracie without a splif, given his association with the Diaz brothers among other things.

In fact, Jiu-Jitsu and weed go so well together, that there’s even a special tournament. It is called High Rollerz that pays the victorious grappler in weed! Jokes aside, marijuana, in particular, has medicinal properties that are huge fro JIu-Jitsu athletes. From improved recovery time to handling anxiety and managing pain, marijuana products have become a mainstay among grapplers and fighters. Not to mention the possibilities that weed opens up during rolling, which BJJ people seem to particularly enjoy.

I can’t help to think though, that in the light of this Relson Gracie incident, which is more of a misunderstanding, actually, Eddie Bravo is having a great big laugh. After all, some members of the Gracie family used to discredit his Jiu-Jitsu and him mostly in regard to his association with smoking marijuana. I guess the tables have turned now.

Relson Gracie di nothing wrong. He acted as any modern-day person would, picking up legal medication for whatever ailments he might be carrying at the age of 66. It is strange that the incident happened in the first place given Brazi’s attitude towards medical marijuana. Still, the incident went viral, prompting a lot of debate. What is our point of view? Let the mane enjoy his weed. He has deserved it.