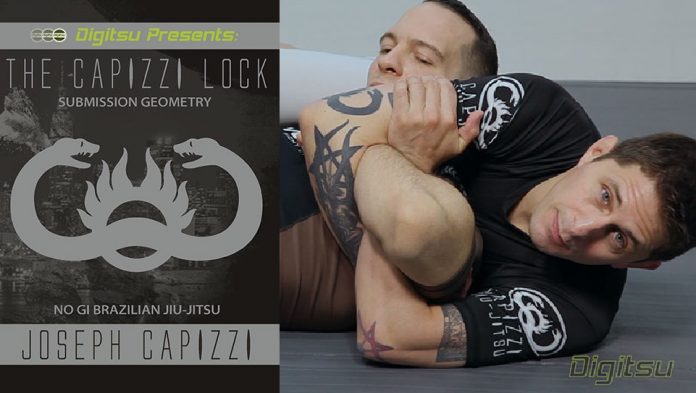 It is always fun when you can use an unexpected submission to catch people of guard. How about a sneaky submission that catches everyone even when they know it is a threat? Yeah, such a thing exists, and it is extremely easy to get. In fact, it works off one of the top submissions in BJJ. And the best part about it is that it is completely legal for all levels. The man we have to thank for it is Joseph Capizzi, a standout grappler who is often the main innovator behind some extremely brutal submissions. This time, we’ll be talking about the Capizzi Lock and the Joseph Capizzi DVD that explains it in detail.

In essence, sneaky one-off submissions are more of a characteristic of catch wrestling rather than BJJ. However, every now and again, a submission emerges that defies this principle. The Capizzi Lock is a great example of a simple sneaky submission that can cause havoc on opponents of all levels. The only catch is that you need to get into position first. Luckily, this Joseph Capizzi DVD has the complete formula. It contains not only submission details and setups but also follow-ups and transitions. In other words, it is a complete mini system that’ll really make a difference in your submission rate.

The Kimura Trap Base

The Kimura is one of the signature submissions of Brazilian JIu-Jitsu. To be honest, it is a move that older grappling arts also contain. Namely, both Judo and wrestling have their own versions of it, and even some ancient statues depict this efficient arm lock. However, in modern times, the innovation based on the Kimura offered by BJJ is unrivaled. In fact, the Kimura trap system, which is a position based multi submission system is one of the most often used attacks in Jiu-Jitsu.

However, the more you use something in BJJ, the more people understand it. That means that people can avoid, or at least prolong the submission long enough to look for a way out. The Kimura trap is particularly effective because it offers a direct arm lock and plenty of great positional transition. Still, Joseph Capizzi, a Renzo Gracie black belt found it necessary to actually throw in another submission to the mix – the Capizzi Lock. It works directly off the Kimura, particularly the Kimura trap and will make a difference to anyone’s game.

Capizzi is a renowned black belt, and one of the best lighter weight grapplers around. He is the head of the Renzo Gracie Staten Island Academy in NYC  and yet another of Renoz’s black belts who are making fundamental contributions to the sport of Brazilian Jiu-Jitsu. He also has some huge notches on his belt, like for example submitting Felipe Costa. That said, “the Capizzi Lock” Joseph Capizzi DVD is definitely one of his best accomplishments so far. Let’s hope he has more digital content coming our way soon! 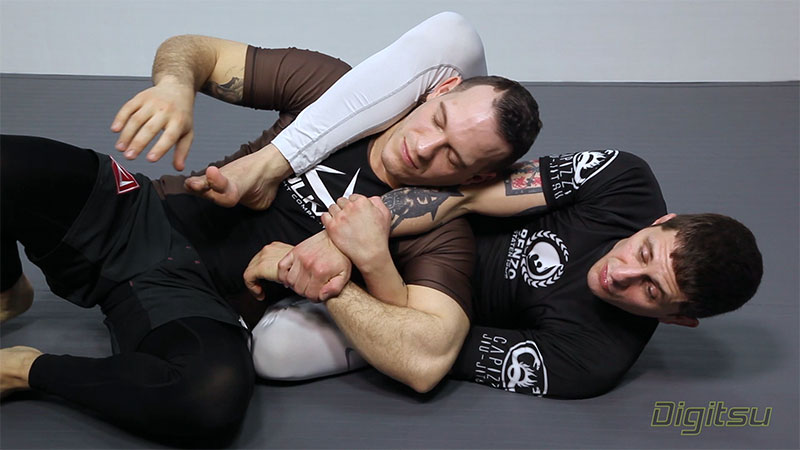 Okay, so all this talk about the Capizzi lock and I haven’t mentioned once what it actually is. Well, the whole point of getting the Capizzi Lock DVD is to learn all there is about it. However, I’ll do my best to give an overview of the submissions, followed by an in-depth Joseph Capizzi DVD review. The Capizzi lock is basically a forearm lock, that is extremely easy to set up from a Kimura. To be more precise, the north-south Kimura is the main spot for it, although you can hit it from multiple other positions. The idea is that you use leverage, a specific position of your arms and your bodyweight to finish. After all, Capizzi is small guy himself but pulls this one off on grapplers of all sizes.

The DVD (also available for digital download) contains 21 chapters. All of the information is divided into different portions. Each portion contains information on a similar subject and they all tie in perfectly together. In fact, what I really love about this one is that Joseph begins with the lock itself. Unlike most instructionals that start with positions and entires, Capizzi coves the mechanism of his signature lock before telling you how to get there. Moreover, he covers different positions that offer access to the Capizzi Lock, like the crucifix, He even goes own to explore the world of rolling Kimuras, adding his own magical touch to it.

Going forward, Joseph explains different arm and leg configurations that will allow you to get to the best position for the lock. The crucifix position makes the first appearance here, along with the Kimura trap. A really great thing is that Capizz covers common counter attempts and how to prevent them very early. Options include both coming back to the Capizzi lock, as well as transitioning effortlessly to the back or into Guillotines and leg locks.

The crucifix position is one of the most difficult BJJ positions in existence. When you first try it you think that you’ll get everyone with eas. However, once you hit it in rolling you’ll discover that both control and particularly submissions from there are not that easy. Capizzi’s take on it is slightly different, and most of it is down to the threat of the Capizzi Lock. This opens up a great variety of additional crucifix attacks, like triangles, Omoplata,s wristlocks, etc. Furthermore,e he covers how you can use pressure to really accentuate your submission game from the top. Actually, in one of his chapters, he explains the A-B-C system of top pressure control better than anyone else I’ve seen.

Finally, a bit of rolling attacks to conclude this Joseph Capizzi DVD. Not that it lacks in the spectacular so far. Here the idea is not only to cover the rolling Kimura but ways of connecting it with the Capizzi lock as well. Joseph goes over different rolling Kimura variations, Like the “Rafa Roll” and the MilaMura, tributes to other high-level grapplers. However, Capizzi adds in his own stuff, making all the Kimura variations, and others, extremely more effective. The yin-Yang drill, for example, is a great way of training Kimura recovery, so that nobody escapes your trap. Once there, you already know what lock to turn to if the Kimura doesn’t work.

Finally, a position on getting to the back while an opponent attempts to escape is the cherry on the top.

The Capizzi Lock Joseph Capizzi DVD makes for easy watching which is refreshing. It is direct, organized perfectly and delivers exactly what it promises. After watching this instructional you’ll gain a submission perspective you never had before. Moreover, core positions like the crucifix and Kimura trap are going to become much better as a result of you hunting for the Capizzi lock. A win-win situation for you!