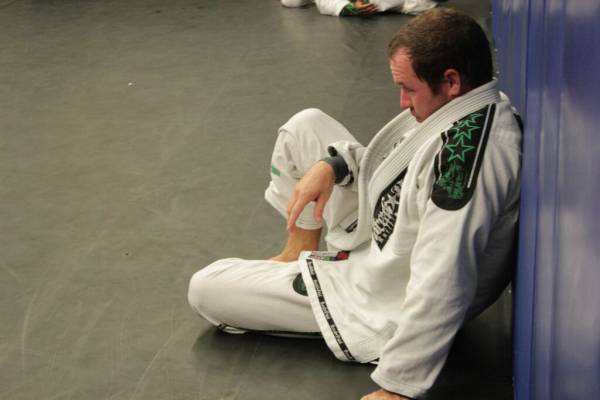 Fighting is a very tricky and scary prospect even under the best of circumstances. Having to fight at a martial arts competition is downright terrifying. I’ve been doing it for most of my life, and it never gets easier, particularly before that all-important first fight. Feeling nerves is actually something everyone goes through. If you think the opponent, or anyone in the venue for that matter, isn’t feeling them, you’re wrong. The real trick is in dealing with nerves before your BJJ match, not in avoiding them hoping they’ll go away.

Different people have different ways of coping with stress. To be honest, most people try and avoid causing themselves added stress, which is exactly what all grapplers do when they compete. It is not just the physical and mental stress of the BJ Jmatch itself. Emotional stress is also a huge factor, even to the point of determining how well you perform regardless fo your preparation. So how do all these girls and guys pull it off over and over again at a world-class level? There are plenty of strategies of dealing with nerves, and we’ll share a BJJ World HCampion’s recipe here today.

Before we proceed, let’s talk about competition nerves a little bit. What exactly are competition nerves? You know, the butterflies in the stomach, feeling dizzy and sick, tingling sensation and every other form people exhibit? Although the manifestations might vary from individual to individual, the underlying reasons are pretty much the same. And it all comes to that pesky fight or flight system. Or, as Joe Rogan likes to say, Fight, flight or freeze system. 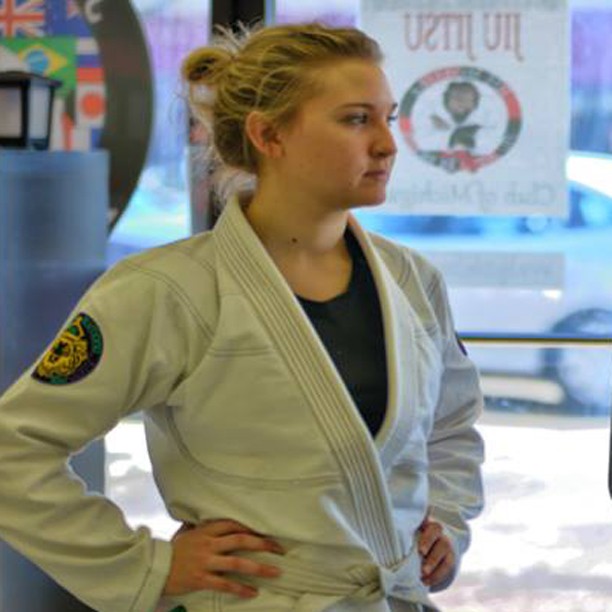 There’s actually a lot going on b fore the fight or flight mechanism. Ti usually kicks in as a response to sudden stress, which Jiu-JItsu tournaments usually aren’t. In fact, you get amped up long before you step in the venue. For some people, nerves and anxiety start even a couple of days before, robbing them of much-needed sleep. What you should know about competition nerves is that there are two main aspects to it – a somatic and a cognitive one.

In layman’s terms, the somatic part of a nervous response is all about the physical limitations that occur due to anxiety. The cognitive portion is what’s at the real core of it, though. All those worrying thoughts, trying to figure out possibilities, looking for control, etc. That is where the real reason for pre BJJ match nerves is. It is important to know that pre-competition jitters are actually a very complex state that can completely change the outcome of a BJJ match. To that extent, dealing with nerves should be just a big part of your training camp as physical and tactical training is. If not more. 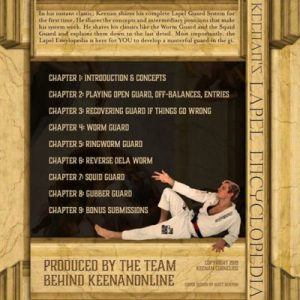 Do not leave anything to chance and prepare completely for any BJJ competition with “The Lapel Encyclopedia” 9 DVD set by Keenan Cornelius! Never before seen secrets of all his lapel guard systems inside!

The universal rule when it comes to any type of sports competition is that everyone feels nerves. Even football players and others involved in team sports are anxious before a game. When it comes to individual sports, anxiety is usually much bigger. And the cherry on the top are combat sports, where you actually need to fight in order to win. As much as some people enjoy fighting, they’re all lying if they say they feel at ease about it.

While listening to a podcast just a few days ago, I heard 3 x World Champion Claudia Do Val speak about nerves. Her latest World title came in 2019 and she is among the grapplers that compete the most often. In fact, she might have had the largest number of IBJJF tournaments last season. And, still, according to her, every time she walks in at a tournament she likes to run back home. Regardless of vast experience an doing it almost every weekend, even a multiple times world champion has anxiety before a BJJ match. And ti’s perfectly normal, which is the first step do dealing with it.

There’s not a soul alive that down’s aks themselves all the same questions you do. We’ve all been there at some point. Wondering whether you’re as prepared as possible, thinking about how good the opponents might be, being cautious of injuries, etc. These are all common questions and the real answer is that you won’t find a good answer to them. Ever. Instead, you need to find a way to accept your nerves and be aware that you’ll have unanswered questions as you slap and bump at any BJJ tournament.

A World Champion’s Tips To Relax Before A BJJ Match

There are countless books, audiobooks, video guides, etc out there that allegedly help competitors deal with anxiety. I’m saying allegedly because some of that material is done by people that have never competed, particularly in grappling. While the methodology might be universally helpful, it is doubtful that it’ll completely resolve the issue. The first-hand experience, though, is a great way to learn about the different ways you can cope with competition nerves. 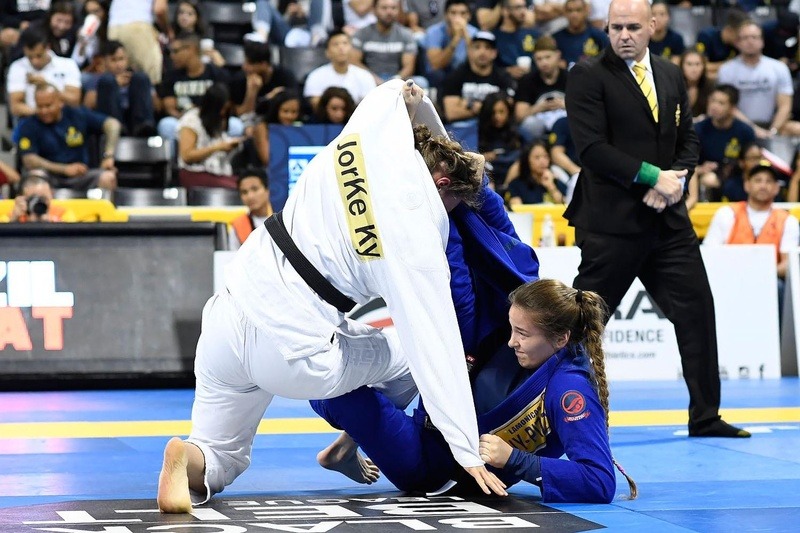 Dominyka Obelenyte is a Marcelo Garcia black belt with 6 World titles to her name, two of which at black belt. If someone has competition experience at the highest levels, it is her. What is her recipe for dealing with competition nerves? Stop overthinking, yeah, that’s right. Keep in mind, though, this is way harder than it sounds. All those usually negative thoughts and questions we talked about need to be kept at bay. And the trick is, to stop thinking about them altogether as tournament time comes nearer. What Domiyka recommends, is finding activities outside of BJJ that will occupy your mind, allowing you to detox from nervous thoughts and questions.

When you arrive at the tournament though, it’s a whole different ball game. According to Obelenyte, watching other competitors is not the best idea to calm your nerves. Oh, and do avoid talking to people you’re about to fight. All the friendly chatter can take place after your BJJ match. Instead, make sure you’re in the best mood possible. Go get a spot of your own, or your “base” if you like. Pop some headphones on, warm-up and break a sweat. At all times, focus on the music, or any other aspect of what you’re doing apart from the thoughts danging through your mind.

Ther’es no easy way to deal with competition nerves. The more you go at tournaments, the more you’ll be able to recognize how you personally express anxiety. However, experience alone is not going to help you solve it. You can search for a solution on your own, or take tips from people that have been through the wringer. Whatever you decide, it’ll take time to find a way, but you will. Once you do, nerves won’t go away though – they’ll just become bearable and allow you to enter your first BJJ match with a calmer(er) head.

BJJ Competition Training: How To Prepare Like The Best

BJJ Side Control Essentials For Beginners