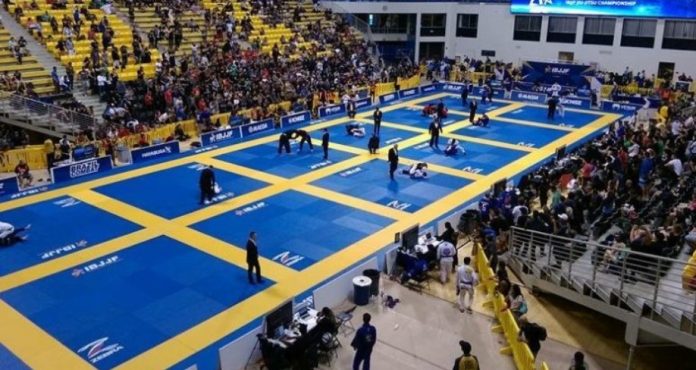 Do you know what the difference is between your competition prep and that of Gordon Ryan? Okay, he has unlimited access to Danaher, Renzo Gracie, and world-class facilities. But that’s not the point. The point is in the manner in which he prepares for every competition. There’s no one way of preparing for all competition. You need to understand that BJJ competition training si highly specific a very precise structure. Now, you might not have the same access as Ryan, but you can most certainly organize your training you in the best shape of your life. All you need is to follow a few simple steps.

You do not have to be a professional athlete to train like one. Of course, unless you put in the same amount of time as they do, you’ll never reach their level. However, at your own level, which is usually amateur for BJJ folks, you can be a real force to be reckoned with. You just need to adopt the mindset of a champion, and more importantly, the BJJ competition training system of one. All lt takes is a  few tweaks to your usual training routine and you’ll suddenly turn into a monster on the mats.

If you have ever competed in a grappling tournament in your life, you know that you most likely underestimated your first ever one. The main error most people do is to keep underestimating the difficulty and demands of BJJ tournaments. Yeah, the old “I’m here to learn” quote is always there as an excuse. However, the truth is that nobody likes to go to a tournament and lose, whether it is the first match or the final. So, if you really want to compete, why not take things seriously from the get-go?

If there’s one quote that actually reflects BJJ tournaments it is the one stating “The hardest part of a competition is training”. Unfortunately, most grapplers try and do completely opposite to this.  A regular BJJ class I just that – a class. It is just like in school – there’s only so much new things you can pick up in class. Unless you put a specific time in to understand things, you’ll have mediocre results at best. That’s why BJJ competition training is not called class, but training. It is much different than class and focuses on only one thing – getting you ready to fight. That said, this needs to be the most difficult time of your life if you’re to have an easy one when you step on those mats.

So, hoe do all these world-class grapplers organize their BJJ competition training? To be honest, there is a whole host of ways you can do it. However, three are some underlying principles and organization schemes that everyone uses. Well at least everyone who takes things seriously. Remember that getting ready for a BJJ tournament is very hard. The point of it is to get you ready for any eventuality out there, and have you deal with things with a calm head.

As far as organizing your BJJ competition training, remember that you won’t need any special facilities or additional time in the academy. Moreover, you’ll need to let the oyur instructor know that you’re interested in getting yourself ready the right way. Most instructors out there understand BJJ competition training and are integral in helping you prepare the right way. The same holds true for like-minded training partners.

The one key difference between everyday training and BJJ competition training is organization. If you’re serious about competing, then you’ll need to create a training camp a specific competition or an entire season of them.

A training camp starts with you identifying the tournament(s) you’d like to compete in. The first step is organizing your trip and stay, as well as registering for the tournament(s). The rally important moment here is to understand weight classes and pick the right one for you, as you’ll most likely need to cut some weight.

Only after you’ve signed up for the tournament, can you start working on technical preparation? First and foremost, you’ll need to pick your training partners. The first condition is that they’re in the same mindset as you and are willing to really push. The second, the more your training partners can torture you on a daily basis, the better. So pick the best ones if you want to be the best. Once that is in line, make sure you’re willing to drill more than you’ve ever done before. While people are doing techniques in class, you’ll be doing drills. You’ll also be doing them after class as well. In fact, drills and specific sparring should be the majority of your technical work during a camp.

This is something that somehow most people miss. Having a training camp means nothing if you have no game plan. If you have no idea what you’re going to do from every possible position, and what your strongest moves are, then there’s no point in getting ready for a tournament. Instead, focus on discovering what your best game is. That said if you’re already aware of what you like to do, then sit down with your instructor and organize you’re “A” game plan.

Right after you do that, it is time for the most important part of this step – developing your “B” or contingency game plan. Ass you know, things in grappling do not always go as planned. In fact, they most often take unpredictable turns. You’ll need to develop a contingency plan, or a couple of them, to help you cope with every new situation that arises. This will keep you calm and remove panic as a factor giving you an actual edge over opponents.

This here is one of those things the best of the best do as part of BJJ competition training. Analyzing tape is a real classic when it comes to contact martial arts. However, it is not just about analyzing your opponents. To be honest, if you’re a blue belt competing at a local tournament, you’ll be hard-pressed to find much tape or info on potential opponents. The more advanced you are, and the bigger the tournament is, the more information you’ll have on potential opponents. Once again, get your instructor to help you analyze tape and figure out how to adjust your game plan if needs.

Another aspect of analyzing tape is watching at the matches of high-level grapplers. To that extent, you need to watch those grapplers you’re trying to emulate or have a  similar build/game plan to yours. The other aspect here is to watch what people tend to do in tournaments. Knowing what is the latest “craze” is the perfect way of being ready for anyone you meet.

My professor once told us that training BJJ is what we do in the gym. Every other aspect of training, like strength and conditioning, mobility and recovery and nutrition is your homework. I have lived by this concept since the moment I heard it. That means that while you’re in the academy, focus on grappling. Drill, roll, spar, talk about your gameplan, watch the tape, etc. When it comes to training strength and conditioning, or even stretching for that matter, do it at home or a gym. Also, remember that the technical part of training is much more important than strength and explosiveness. That said, you have to be in great shape to get through a bunch of matches at a tournament. There’s no BJJ competition training camp without a good strength and conditioning program

Nutrition is also a huge factor here. Remember that you do not only need to eat right to be able to train right, but you’ll also need to cut weight. That means that you’ll have to plan your nutrition in advance so that you are at the right weight on time. Otherwise, you’ll risk losing energy and focus if you deplete yourself too much during the last few days.

The fact that I need to emphasize this as a specific point of a BJJ competition training camp is a testament to how much we underestimate takedowns in BJJ. The more you can start rolls from the feet, the better. Moreover, make sure you also spend a good amount of time drilling takedowns and doing specific sparring. You’ll need to develop both great offense and impeccable defense if you want to be able to become a high-level champion. Don’t forget that competition preparation means you’re training for a specific ruleset. To that extent, make sure you finish every takedown drill ina strong and stable position and hold it until you get points. This is a habit you have to develop, particularly if you’re competing in a points system.

This aspect of BJJ competition training is actually something you need to consider at eh very beginning. Whenever you compete you want to have someone in your corner that’s going to guide you through every match. Whether it is one person or a few, you can’t do it without a corner. When picking a corner, make sure you pick people that understand your game plan, know your weaknesses and have competition experience. The corner can point out things that you simply can’t see from your perspective, and which may change the course of a fight. Without a good corner, every other aspect of a BJJ camp is pretty much useless.

As you can see BJJ competition training is not easy. IF you remember, this is exactly the way we like it to be. The point of training in such a manner as to get all the hard stuff out of the way before you even pack for a tournament. Training camps are the best way of organizing your training in a way that’ll benefit you the most. If you manage to organize your training in the way we outlined above, or a similar one, you’re setting yourself up to succeed.

Once again, remember that training in such a manner is not something you should do year-round. A training camp is a perfect time to polish your best techniques and train them to perfection. However, you can’t actually learn or try anything new during this time. Going into unknown territory is going to take away from your focus and from drilling your gameplan. That said, at one point or another you’ll also have to do classes if you want to keep evolving as a grappler. That means that the concept of an in-season and off-season that most sports use is also a great one for BJJ. Since tournaments are around all year long, you have the option to figure out when is the best time to go compete, and when you should fall back into student mode. Now give ‘em hell!

The Strength and Conditioning For BJJ Competitors