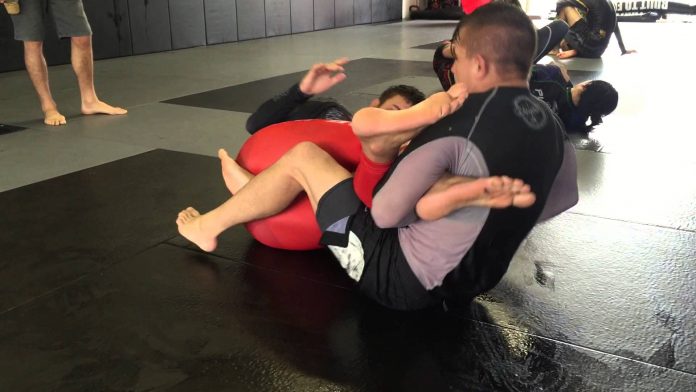 Here is a very cool BJJ Leg Lock hack – a way to finish with a legal submission that is right up there with the most painful of submissions. Not only are we going to show the Texas cloverleaf BJJ leg lock, but a setup from the honey hole as well. Read on for utter legal BJJ leg lock dominance!

Yup, it is another of those BJJ leg lock articles. There are too many of them, you might think, but just wait until John Danaher’s instructional comes out. However, John Danaher is a heel hook guy and doesn’t really care much for other leg locks. And, while all IBJJF competitors admit his system is rock solid, they just won’t use it because of rules. Understandably, they need a leg locking option that is both legal and as effective as the hell hook. This is where the Texas cloverleaf comes into play. It is a legal BJJ leg lock that can be just as devastating as an inverted heel hook, if not more.

The Texas cloverleaf is not a new BJJ leg lock. Originally, I saw it on Ryan Hall’s 50/50 DVD. Back then, it wasn’t much of a move, seeing as I never liked the 50/50 guard. Why allow someone the same chances as me while we’re grappling? That said, along came Dean Lister, Mr. BJJ Leg Lock himself, and brought about the concept of pretty girl/ugly girl. Needless to say, that blew my mind. Add to that the constant experimentation with Danaher’s Inside Sankaku (AKA Honey Hole) position and an old move turned into a brand new powerful weapon. let me show you how.

As far as the Texas cloverleaf goes, it is essentially an Achilles lock. However, it is an Achilles lock like no other in terms of effectiveness. Furthermore, it can easily turn into a kneebar or a toehold, from the right position. Since this is originally a 50/50 move, let’s start by covering its mechanics from this position. Later on, we’re going to expand on it by incorporating Lister’s and Danaher’s principles to make it painfully effective.

1. Mechanical Theory. The Texas cloverleaf leg lock works by putting immense pressure on the Achilles tendon. While most Achilles locks work by applying pressure on the tendon with your arms, this one is different. Mechanically, you still use your hands for leverage, but not for direct pressure. instead, the opponent’s own leg is the point of pressure. More precisely, the shinbone of the opposite leg of your opponent. 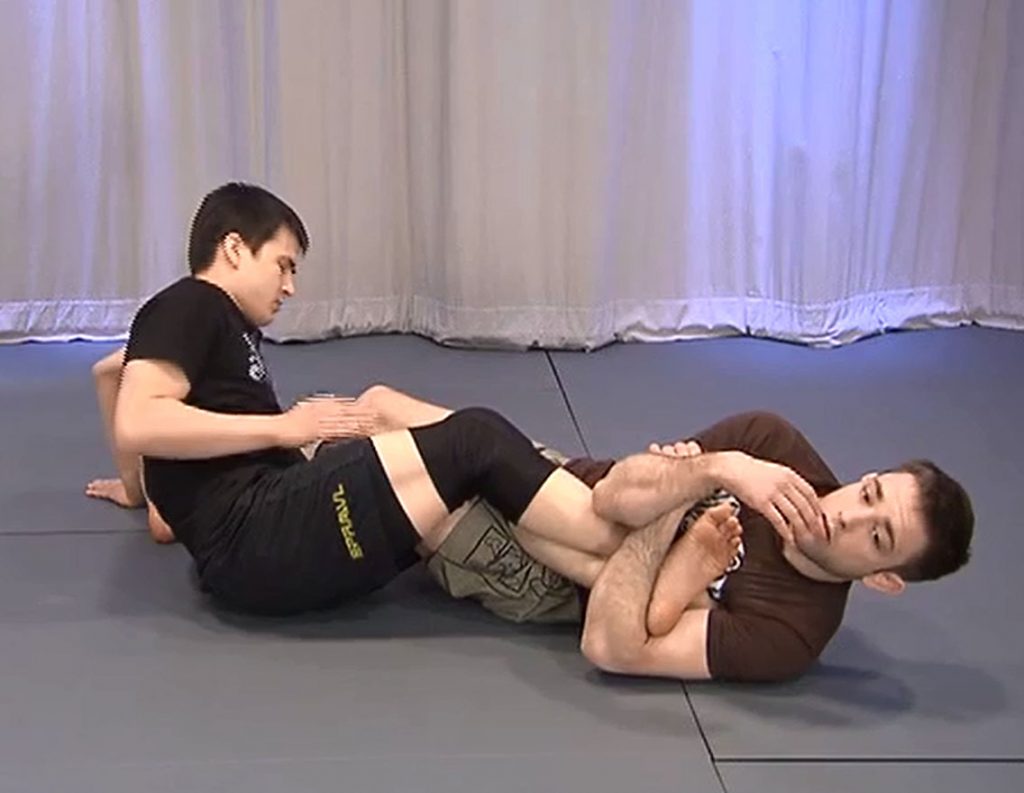 The positioning of the hands is the first major step in finishing the  Texas cloverleaf BJJ leg lock. The arms, in particular forearms, provide the first part of the leverage that forces the break. The arm that has the opponent’s leg trapped under the armpit, goes under the other leg. Since both legs are crossed fairly low (near the ankles) this means you place the forearm as low as possible on their leg as well. A gable grip is a great place to start for a solid ankle-breaking grip.

4. Final Pressure. In order to finalize the move, the arms need to squeeze and force the far leg towards your chest. At the same time, the hips need to extend, while keeping your legs triangled in the 50/50. The combination of the squeeze and pull with the arms and the hip extension result in the shinbone of one leg digging into the Achilles tendon of the other. It is even more painful than it sounds, trust me.

Now that we covered the original texas cloverleaf, let’s go into the variation that really works. Personally, I am a big proponent of concepts in Jiu-Jitsu. To that extent, one of the crucial leg locking concepts I employ comes from Dean Lister. it is the “pretty girl/ugly girl” concept. Let me elaborate.

Dean’s take on it is when you go out and you look for a girl for the night, you do not always end up with your first choice lady. While taking the most beautiful girl of the night home is the preferred course of action, this is no easy feat! So, in several cases, you end up with your second, third, or further down the list choice. Ultimately, you’ll end up with the ugly girl from time to time, despite you preferring the pretty one. It’s either that or no action.

The analogy in leg lock terms is a bit simpler. There are only two legs, so one acts as the pretty girl while the other is the ugly girl. When you attack, you always want to go for the pretty girl. This is the near side leg that offers more and better attacking options, like the inverted heel hook. However, in a real-life scenario, this is not easy to accomplish. There are situations where you have to settle for the ugly girl, or go bust. The Texas cloverleaf BJJ leg lock is the pretty girl disguised as an ugly one. Once you take her home, you’ll discover her true value. For more detailed information about Dean’s leg locking concepts, check out in his DVD sets.

Finally, we arrive at the final piece of the puzzle. Danaher’s innovative leg locking concepts resulted in the resurgence of an old Sambo position. The Inside Sankaku Ashi Garami though is not the same as the original Sambo Saddle position. Danaher polished the controlling aspect of it and focused on the highest percentage move available – the inverted heel hook. However, this implies that you have the pretty girl all ready to go. And we know that this is not always the case when grappling.

Form the Inside Sankaku, the mechanics of the Texas cloverleaf change to your advantage. Unlike the 50/50 you have immense control over the hip of the leg you’re attacking. Furthermore, the double trouble principle which requires you to control both legs brings you a step closer to the position. From double trouble inside Sankaku, all you need is to adjust your grip. When heel hooks are illegal, but you have a fully locked Inside Sankaku, go for the cloverleaf.

To get the submission, first, you must set your grip up. The same as with the 50/50 one arm goes under and around the trapped leg (the pretty girl). Once there, a good hint is to figure four your hands instead of going for a Gable grip. This is going to get you a tap right then and there in lots of cases. The real finishing trick though is in upper body movement. Instead of a hip extension, think about crunching to the side where the legs are. This is going to force the shin into the Achilles with all your body behind it, leaving no option but a tap. For even more leverage, consider opening the triangle and placing your outside leg on the opponent’s hip. BOOM! Legal and devastating.

To Upgrade Your Knowledge with BJJ DVD Instructionals: