Being a Brazilian Jiu-Jitsu White belt is one of the hardest things you’ll do in life! BJJ is very unforgiving when it comes to taming our egos. So much so, in fact, that our egos, still refusing to bet aimed at white belt, try to find ways to rear their head again. As such, the loose and friendly atmosphere of your garden variety Jiu-Jitsu class allows for multiple ways in which white belts look to bring back at least a bit of control. One thing that we very often witness in BJJ Academies across the globe is the “Jiu-Jitsu white belt coach syndrome”. Believe me, you do not want to either be that guy/girl nor be the focus of such a “coach’s” attention.

Ah, BJJ life is truly never boring, is it? Apart from the fun of rolling and all the crazy information we process during class, I mean. BJJ has so many asynchronies that it’s hard to even keep track of them all. Some are fun and pretty much harmless, while others tend to disrupt class and the learning process. I don’t mind trolling the brand new Jiu-Jitsu white belt for throwing “Shaka” signs left and right and saying “Oss” three times in a minute, but I do mind them trying to coach other people in the gym. And yes, I’ve even seen white belts attempting to “coach” and “teach” even people that are blue belts. The white belt coach syndrome is one of those things that we really do not need in BJJ.

The Life Of A Jiu-Jitsu White Belt

The life of a Jiu-Jitsu white belt is anything but easy, believe me, I know. And I sympathize. I have not only gone through it all but can compare it to being a white belt in other martial arts as well. The fact of the matter is, being a BJJ white belt is harder than most thing you’ll do in life. 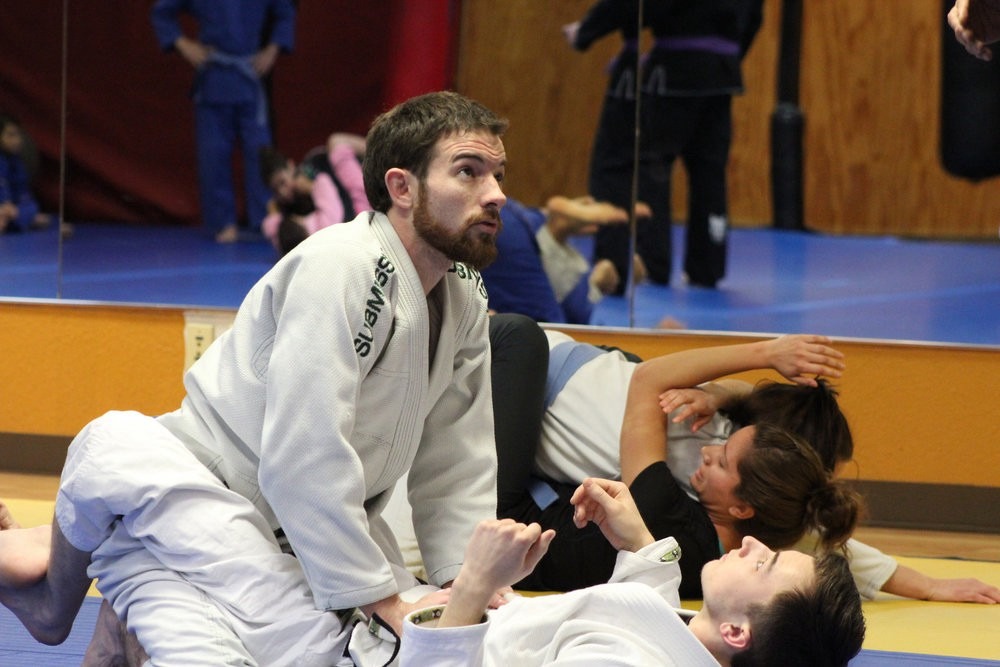 As a beginner in BJJ, you’ll never be able to really find your feet until you gain some much-needed experience. The timeline for this is different for everyone, but the first few months (usually 4-6) tend to be nightmarish. During that time you’ll be crushed, smothered, tapped countless times and in many cases, have absolutely no idea what’s going on in class. And time and time again you’ll hear that it is normal, although it won’t make any sense. The truth is that there’s a sound method behind this madness, and you need to trust the process. Jiu-jitsu is pretty much like therapy in that sense, just go with it and it’ll start making sense.

The problem is that white belts are still human, and as such, are subject to certain behavior. People do not like to be at the bottom of the line in anything. This is precisely why people love getting the blue belt much more than they do any other. The drive to be anything but a beginner is huge in everyone. It is an important part of BJJ progress as well, but at the same time, it prompts the occurrence of a nasty side effect – white belt “experts”.

So what exactly is the Jiu-Jitsu white belt coach syndrome? In essence, it is the need to explain things related to a certain BJJ move to other white, or even higher belts. With just one exception, this is completely unacceptable. The ranking hierarchy in Jiu-Jitsu and martial arts, in general, is there for a reason. There has to be a clear distinction between who demonstrate moves and leads the class, and who is there as a student.

The teaching hierarchy is actually really simple. The highest rank person in the gym is the instructor. And that’s hardly ever the white belt who is the most eager to “teach”. It is clear why white belts try to emulate their instructors. But what does it mean for the student themselves, the training partner they’re trying to coach and the dynamics of the class?

First up the student themselves. Trying to teach people something that you do not understand is a great way of learning things incorrectly yourself. Remember that as a white belt you’re still getting crushed and destroys in every roll and you’re struggling to figure out what’s going on with techniques. Instead, make sure you ask the instructor to further explain something if your partner or you have questions. Furthermore, try to practice in silence and focus on executing every step.

As far as your partners are concerned, they get a worse outcome of a white belt’s “coaching” than the “coach” themselves. First, they get a disruption in the learning process and second, they get a lot of incorrect information they didn’t ask for in the first place. Not to mention disrupting the flow of the class and annoying your instructor (even if they do not show it, this really pisses grappling instructors off).

Let’s finish by tackling the one situation where this does not apply. As previously mentioned, there’s an exception that allows Jiu-Jitsu white belt student to coach a class. There are a few conditions involved, though. 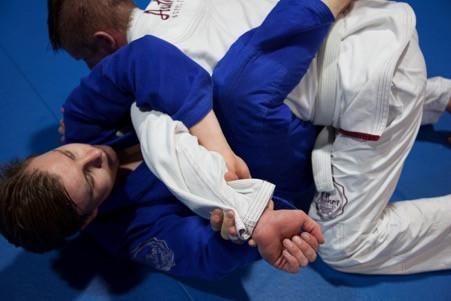 Given that BJJ is spread across the globe now it is hard to find a city that doesn’t have an academy. At most of these, though, the head instructor is usually a purple or brown belt, particularly in smaller places. I, personally, started under a blue belt coach myself. In certain cases, a black belt or other belt head instructor might allow a white belt to lead a group or class under such circumstances. However, it is never going to be a beginner white belt. Unless they have at least three stripes and about a year’s experience, letting them coach would be counterproductive. There are examples, though of such white belts leading classes with great success. So let’s not write them off yet. 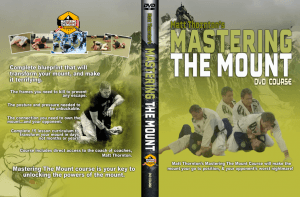 As a white belt, make sure you really master the basics. Do not try to teach, just learn. One of the most important positions to learn is the mount. And SBG’s Matt Thronton is the man to teach you. All you need to do is acquire his  ‘Mastering The Mount” DVD instructional. It is the most complete guide to what’s often referred to as the “king” of BJJ positions.

All in all, you need to do whatever it takes to resist the urge to be a Jiu-Jitsu white belt coach. Yes, the urge is strong and it will come but you have to fight it. It’ll help you reach the next level much quicker, and won’t drag back training partners as well. Imagine if every white belt would just shut up and train, and leave the coaching to the instructors! Then, we wouldn’t have the “white belt coach” syndrome, and well probably have a lot less white belts, as they’d learn and progress much faster!