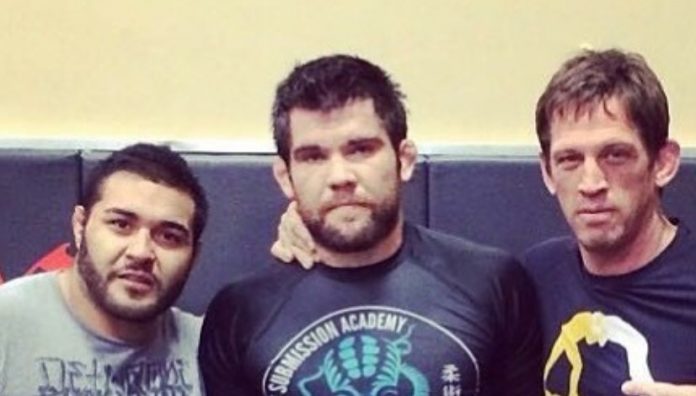 Robert Drysdale and Robert Follis were colleagues at the Xtreme Couture Mixed Martial Arts Training Center and Drysdale was affected by Follis’ suicide and he decided to say his thoughts about Robert, coaching, and students.

“I hope this doesn’t sound too harsh. But this is how I feel about it. I had my disagreements with follis, professionally and technically. But beyond that, I always respected him. It was clear that he was a passionate coach that put his heart and soul into improving on his students. Coaching was his life and identity. That’s who he was and he was good and caring coach. Lamenting his death is pointless.

We should have all been more present for him when he was amongst us. A better attitude is to ask ourselves, those who knew him and could have done something to prevent this tragedy, what we could have done differently (myself included). Coaching is a shit job. Students are often ungrateful, entitled and believe they are doing you a favor by asking you to corner or coach them or by showing up at your gym to train. They fail to see that we often put our own lives and families in the back-burner to help advance the career of people who seldom feel like paying a coach is necessary or to show a minimal level of appreciation for dedicating our lives for their betterment. Coaches understand his frustration. It was his way of saying “I’m tired, I’m done, I’m out”.

For the same reason I ceased from coaching MMA and for the same reason i have often thought about quitting jj altogether. I have lost count of how many times students have left my gym and later, after they begin teaching, come back to me and apologize for being so ungrateful and unappreciative since now they know what it is like to run a school and have students.

This job is emotionally exhausting. Ironically, the people who you sacrifice the most for are the ones who demand even more “special treatment and privileges.” Coaches dont owe their students anything. We do it for the joy of watching people we watch grow on the mats (technically and personally) accomplish their dreams. No coach does it for the money. There are better and easier ways of making money in this world. Instead of lamenting what cant be changed, perhaps the martial arts community should pay a little more attention to those who sacrifice their time and energy for the betterment of their students. The people who teach you deserve better.”

i hope this doesnt sound too harsh. But this is how i feel about it. I had my disagreements with follis, professionally…