Without the dedicated practitioners who spend countless hours perfecting their sport, martial arts would cease to evolve.  It is this constant evolution that attracts new blood and keeps existing practitioners engaged.  This philosophy should also extend to competitions.

However, according to Gracie Jiu-Jitsu traditionalists like European (Rickson Gracie) Black Belt Patrick Bittan, the evolution of the tournaments is taking away from the true meaning of why this martial art was developed in the first place.  Bittan describes the founding principles of Gracie Jiu-Jitsu as, “Real self defense with a focus on submission.”  In fact, Helio Gracie’s grandson Kron Gracie is one of the sports top-ranked fighters who seems to share the same sentiment as Bittan.  “I was very confused for a long time with IBJJF and my results and doubting myself and doubting my abilities because I was losing over advantages,” proclaimed Kron Gracie.

His father Rickson Gracie feels the same way and has gone on record to say that he has very little interest in watching International Brazilian Jiu-Jitsu Federation (IBJJF) style “sport” matches.   He even questions the motivation of the “medal chasers” in Jiu-Jitsu, indicating that 90% of those competitors and their instructors are sacrificing “real life self defense” in return for podium publicity and fame.  Rickson states that, “The rules today go against what I believe, so in my view it’s a must that we change the rules and stop the stalling. If we stop the stalling in the competition there will be a huge change because people are used to it being more dynamic and looking for either escape or control, so it’s a different approach. I really promote competition, but the rules are really crooked right now.” 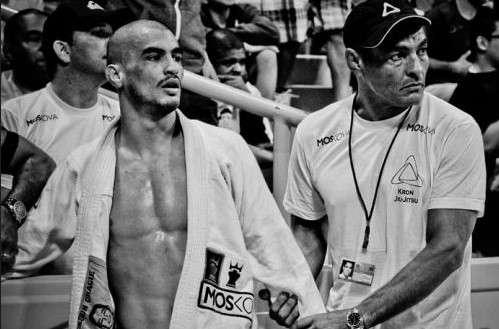 And Rickson is not the only fighter who feels this way.  According to professional light-heavyweight MMA fighter Robert Smith, “There’s a growing number of frustrated people out there.  You could end up paying a steep registration fee to get one or possibly zero other competitors in your divisions, and the stalling in these tournaments is not realistic to the fight game.”  Smith believes that the organizers of the smaller independent tournaments have the answer. These are BJJ4Change micro-tournaments, Check-Mate tournaments , and the Siam Sub-Series in Thailand  whose organizer Alex Schild believes, “it’s just the beginning” for these submission only style of events that are picking up steam.

But, people are still attending the IBJJF tournaments and often refer to them as the gold standard when it comes to jiu-jitsu rule sets. According to this article by TP Grant: 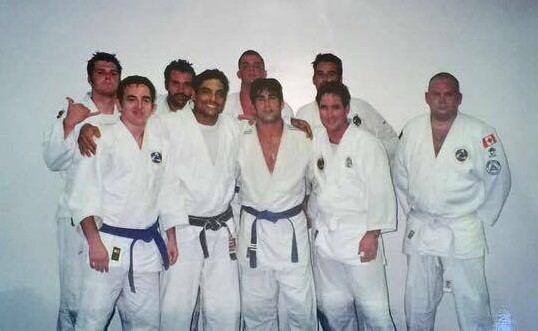 “There was a time that jiu-jitsu competitions were a mess of improvised regulations. The IBJJF helped create a template rule-set that was universally recognized. The problem now is that the grappling scene has continued to grow and the rules have not grown to reflect that.   Especially those limiting submissions such as leg locks that are becoming a bigger and bigger part of the modern submission game.”  This may be another reason why the rules may need adjusting.  The collaboration between Nova Gyms and Illinois Brown Belt Dan Hart of Wanderlust Grappling stepped outside the box by promoting a submission-only blue belt micro-tournament which embraced a faster style of fighting with “limited rules” as well as leg attacks to Blue Belts only in July with great success.   BJJ4Change, a subsidiary of the film company Never Ending Light Productions, was on hand to record every fight.

When allowing the type of leg attacks usually barred from standard BJJ competitions, the added risks are self-evident, especially in the Blue Belt category. Organized correctly and with expert referees, competitors say, “The who dare wins,” rule applies.  “The risks in a sub only tourney are high,” says Chris Wojcik.  “But the rewards are even higher.”’ Chris of Serafin BJJ of Illinois won the 170 lbs and under GI & NOGI brackets and came away with a cash sum of $1000 for his efforts from that event.

Still, experienced BJJ tournament regulars like Chris Maciejewski of Carlson Gracie’s team still aren’t sold on these micro-events.  Maciejewski, does however, believe that IBJJF events still provide a more prestigious platform and looks better on a fighter’s resume.  This may be the same thought process of 90% of competitive tournament-goers today which explains why promotions like Metamoris, Five Grappling, and other venues have had trouble getting off the ground financially.  Patrick Bittan however, is reaching out to the global BJJ community to promote modifications to the current rules of the sport and the effectiveness of it.  He is trying to align schools and coaches worldwide to train fighters in a way that promotes engagement in the fight, constant pressures, pushing the pace, and progress to better positions in the fights while at the same time focusing on submission only.   Bittan’s ideas make sense and even Kron Gracie might agree to participate in Patrick Bittan’s and BJJ4Change’s tournament format,“ You know I’m doing what I really believe to do (fight for the sub) and no matter what the point system is or what the rules are I believe in the submission.  I believe in going in for the kill but that’s not always something that I have been able to do because of the times, the rules, and because of the way people fight me.” 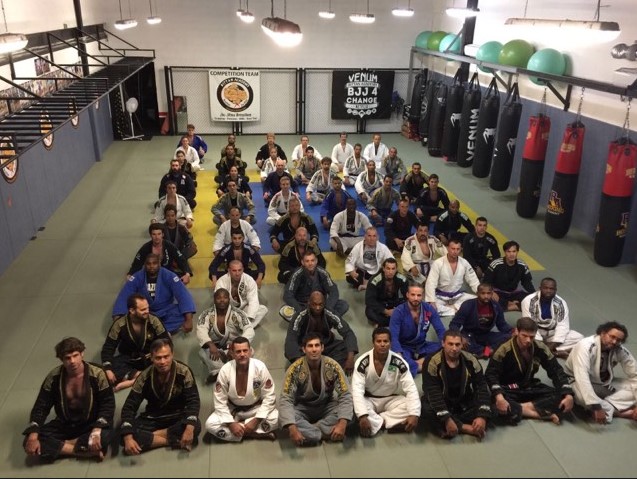 Patrick Bittan recently hosted a jiu-jitsu mastermind conference in Paris with some of the BJJ4Change European board of trustees in order to promote this approach.

After the trip Patrick announced the 2018 agenda which will kick off with a BJJ tournament, seminar, and mastermind conference in Hawaii in which Patrick has partnered with Luis Heredia (Rickson Gracie Black Belt) and BJJ4Change  to showcase an action packed tournament that will be filmed and documented by BJJ4Change.  Until then, BJJ4Change will continue to host a number of micro-tournaments throughout the midwest over the next 6 months as pre-qualifiers for larger “invite only” submission only events that will also be featured in their Netflix film on BJJ.  At the end of the day, “We are ALL Jiu Jitsu” says Patrick Bittan.  Still, we need to focus on the sport as a whole and hope that coaches will reach out to BJJ4Change and join the conferences in order to bring the sport together rather than cause more divisiveness.

Obscure IBJJF Rules That Can Influence A Match