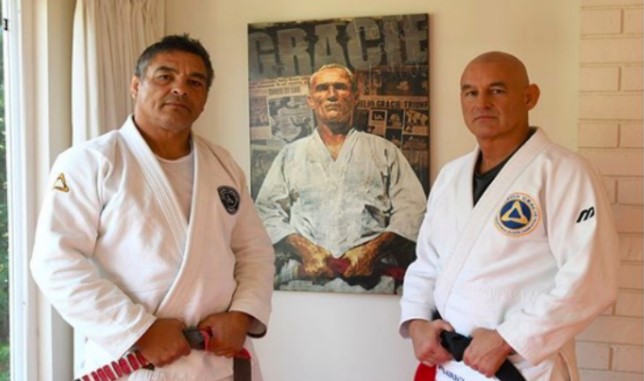 David W. Arnebeck is Rickson Black Belt in Jiu Jitsu and a member of Rickson’s JJGF (Jiu jitsu Global Federation). He owns three martial arts centers in the Twin Cities area. On 10th of February, 2015, after 19 years on martial arts training, he was promoted to a 2nd Degree Jiu Jitsu Black Belt by Rickson Gracie. 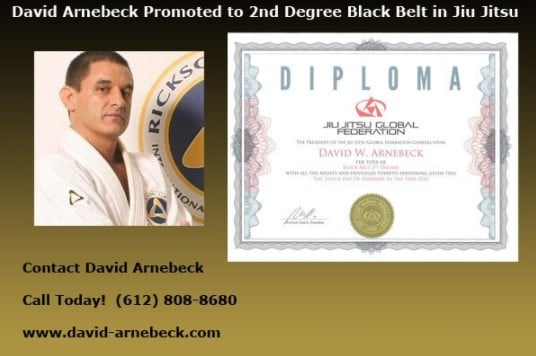 In 1996, according to court records, David Arnebeck was first convicted of a prostitution-related misdemeanor in Minneapolis.

Back in 2013, on October 24, according to Startribune he was sentenced to workhouse for fondling a 15 year old girl as she slept in his house:

“According to the criminal complaint, a 15-year-old girl was asleep last December during one of her frequent overnights at Arnebeck’s house when he started touching her sexually over her clothing. She awoke, pushed Arnebeck’s arm away and went into the bedroom of a juvenile who lives at the home.”

Arnebeck’s attorney, Robert Sicoli, said that his client was way too drunk to remember what happened that night as he entered a “Norgaard plea”. The plea means that David Arnebeck doesn’t admit to the act but aknowledged there was enough evidence to convict.

David W. Arnebeck pleaded guilty to fifth-degree criminal sexual conduct, a gross misdemeanor. According to county attorney’s office, the sentence includes two years of probation and 305 days in the workhouse. His time in the workhouse can be served on work release. The sentence also requires Arnebeck to take a course on sexual boundaries, abstain from alchohol and drugs.

David Arnebeck’s martial arts school, The Warrior’s Cove in St. Louis Park, Burnsville and Little Canada contains of people of all ages, including children. So, the biggest problem in this situation is that After his sentencing Arnebeck continued instructing martial arts to minors.

Last Weekend David Arnebeck was doing a private lessons with Rickson Gracie. You can check it on Rickson Gracie’s instagram Profile.

Brandon Hetzler, also Rickson Gracie Black Belt didn’t have any nice words for David Arnebeck as he wrote on his Facebook Profile today:

“Sexual misconduct with a minor” in martial arts and in life.

I think everyone agrees that we shouldn’t have people who have had “Sexual misconduct with a minor” running around teaching martial arts.

This is something I have mentioned before and let the proper people know. I will continue to call these type of people out when I get the chance. I must say that it bothers me that these types of individuals are still supported in the martial arts community.”

“I have 6 daughters, touch one and you will be a mess and Rickson Gracie would do the same…passing this to him. So sorry for the girl and her family who got involved in this situation.”

Henry Akins Thank you Pedro, Rickson has 2 extremely intelligent and beautiful daughters himself, I was shocked to see this because I assumed everyone in our circle knew about this.

I believe we’ll all agree that people convicted for sexual harassment of kids have nothing to look for in Martial arts and especially they shouldn’t be teaching kids. Yet, we are left to see what Rickson will say about all of this because this is something that does not go in his favor.

Is it all just about the money?

Female BJJ Practitioner: My Professor is Being Inappropriate With Me