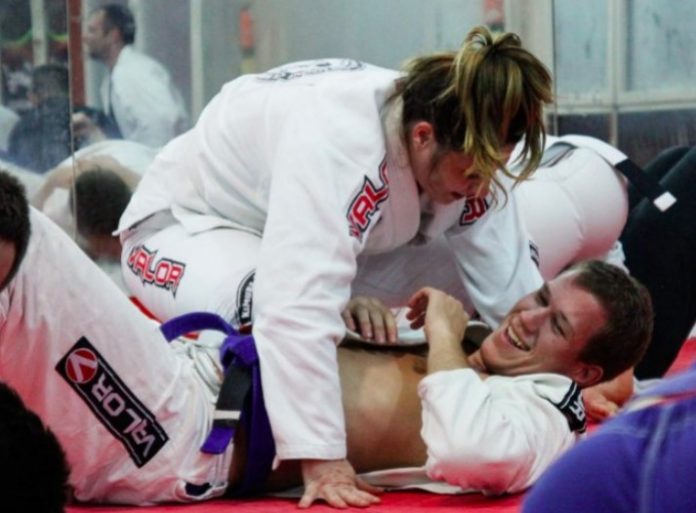 No matter what you think Sexism is a widespread problem in BJJ. Sexual harassment during training, discrimination of female practitioners as competitors, and unwelcoming training environments for women are only some of the problems women in BJJ face every day.

In this case, we have a guy being accused of sexism and brushed by his instructor. This is what happened. A guy named to_hoxxybuns made a post on Reddit about his problems with some Girl, her boyfriend, and the instructor at the gym where he’s training BJJ. He wrote:

Helio Gracie: Sex is an Unnecessary Expenditure of Energy

“I’ve been training at my gym for just under 3 months. This Tuesday during a live roll (think that’s what they’re called) we were switching partners every few minutes. Everyone was gassed, I stumbled beside my friend who I’ve been switching back and forth for the past couple of rolls.
Standing in front of him was a girl who asked us “Are you two partnering?”
I replied, “Yeah but we can do 3!”
She walked away.

2 days later I get called into the head instructor’s office and he basically runs down that she approached him saying how I said I didn’t want to roll with her because she was a girl. I’m not sure what else she said but he looked serious about it, said how no disrespect will be tolerated here, stuff like that. He doesn’t want to get caught up in any drama so any defense I had just kind of got brushed off.

I saw her and her boyfriend as soon as I entered the dojo talking to my other instructor, I approached and asked to speak to her. She kind of froze up, looked back at my instructor, and said: “I don’t want to talk to him.”.

I go to my friend who was the 3rd in that triad-to-never-be and told him what’s happening. He remembered exactly what I said and offered to vouch. I went back to the instructor, said I have a witness to what was said. I guess he just doesn’t want to get further involved in any white-belt drama so he brushed it off.

After my class I saw her doing no-gi, I went up to her again and asked if I may speak to her after class. Without looking at me she agreed. I didn’t have any intentions of prolonged conversation, if she was so disturbed that she didn’t want to speak to me I just wanted to apologize for any strife this misunderstanding may have caused.

I waited ~40 minutes until class was over right next to the mat. When it was over and she came out of the change room, avoided eye contact with me, and walked right by me with a smile.

I just like keeping quiet and getting my classes in, BJJ is one of my only escapes at the moment and now I’m getting cut-eye from people I don’t know and my instructors think I’m a misogynist, so this is probably getting to me more than it should.

Sorry if this seems pointless or childish, just that nobody there wants to talk about it so I don’t know where to get advice.”

As we can see here, there are two sentences that can be misread. “Are you two partnering?” and “Yeah but we can do 3!”. We don’t really know what that girl said to their instructor or what was on her mind and what exactly happened, so we can’t judge anyone. As always medal has two sides so is in this case. But the question is, what would you do in this situation? Are women sometimes overreacting?