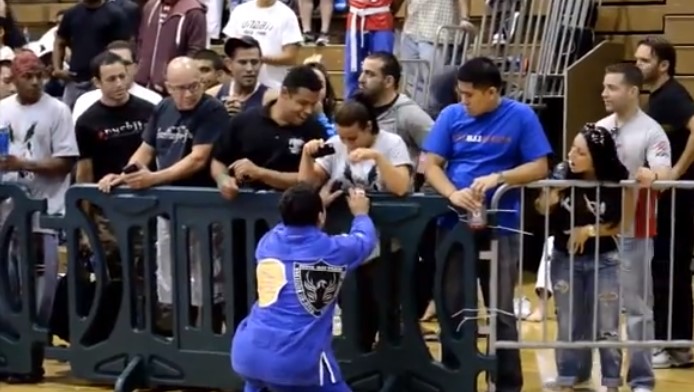 Flirting might be a bad thing for your gym and can cause you some problems but there are some things strogner than us so there’s nothing wrong there 🙂 And also if you’re training BJJ women will love you anyway and HERE is why. 🙂

On February 6th 2012 Joshua Smith asks Heidi McCreery to marry him at the beginning of their Brazilian Jiu Jitsu class.

On May 22, 2016 a lifelong martial martial artist, Chan Williams gets promoted to black belt in Brazilian Jiu Jitsu. Then he shares this day and proposes to his girlfriend (Christine Custer) shocking everyone!

On August 21, 2012 Greg proposes marriage to his girlfriend, Lisa, under the guise of a Brazilian Jiu Jitsu belt advancement