There are plenty of candidates for the GOAT of Jiu-Jitsu. Actually, we covered all of them in-depth in a previous article here on BJJ World. However, one person will still remain the most decorated BJJ World Champion until someone manages to achieve more. Marcus Almeida, more commonly known in the Jiu-Jitsu scene as “Buchecha” has not only achieved amazing results in the sport, engraining his name in BJJ history, but he is also still young and has a lot more to accomplish in the future! But how did this young Brazilian come to be the greatest Jiu-Jitsu athlete of modern times? The story of Buchecha is certainly as full of surprises as it is entertaining.

I first realized that this Marcus Buchecha Almeida guy is not your ordinary heavyweight BJJ competitor in his match against Roger Gracie in 2012. With Roger dubbed the GOAT at the time, the match was branded as “new school vs. old school Jiu-Jitsu”. Although the ruleset of Metamoris meant the match ended in a draw, since nobody got a submission, Buchecha clearly dominated the multiple times WBJJ World Champion and gave him a run for his money. Roger did manage to settle the dust in a rematch in 2017 when he submitted Buchecha, but in the meantime, Almeida grew into a grappling machine that just won’t stop.

Growing Up As Marcus “Buchecha” Almeida

Marcus Almeida was born in Brazil in 1990. The 30-year old’s full name is Marcos Vinicius Oliveira de Almeida. He grew up in Sao Vicente, a small town not far from Santos in Sao Paolo. Similarly to most kids in Brazil, especially in the ’90s, Marcus had aspirations to be a professional soccer player. However, that didn’t really work for him. Instead, he discovered another great Brazilian sport – surfing and dedicated to it in his young years. 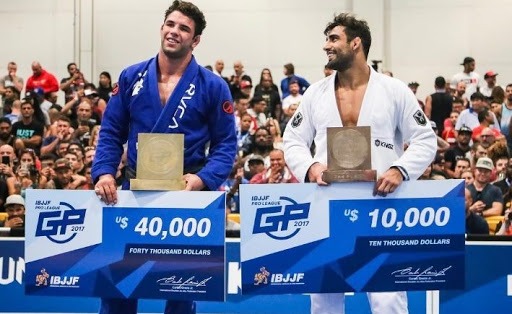 Standing at 6’3” now, Buchecha was always a large fellow, with great physical strength. Brazilian jiu-jitsu came into Almeida’s life through his family. His father singed his sister up for classes in order for her to learn to defend herself. While taking her to class, he also started practicing and introduced Marcus to the sport. Marcus started training with Rodrigo Cavaca, and stuck with him throughout the years and all belt levels. Under the tutelage of Cavaca, Buchecha won the Brasiliero, the Pans, Mundials, and a bunch of other tournaments while working up the ranks. In 2010 he got his black belt and the story of the most successful BJJ World Champion began.

As a black belt, Buchecha moved to the USA, winning double gold in the 2010 No-Gi Worlds. At the time, he was a part of “the Avengers” team along with his master Cavaca and Roberto Cyborg Abreu. TH team didn’t stay together long, though, as Buchecha and Cavaca went back to Brazil. However, After a short while, Almeida did move to the US for good, beginning his meteoric rise in the sport of Brazilian Jiu-Jitsu.

From that point on, things get interesting. Marcus Buchecha Almeida has a total of 13 Gi World titles, with just one of them (in 2018) not being a double championship in both the heavyweight division and the absolute. In addition, as a black belt, Buchecha has 2 ADCC titles (2013 and 2017) as well as 4 No-Gi worlds championships (doubles in both the 2010 and 2011 IBJJF No-Gi Mundials). In terms of Pans, Buchecha “only” has two titles, both coming in 2012. One title in the IBJJF Pro League Grand Prix and a further 6 world championships under the banner of the UAEJJF Abu Dhabi Pro make Almeida the most decorated BJJ World Champion ever.

In fact, the total number of world titles he has (to this day) amounts up to a staggering 28 world titles under all the largest banners. And he achieved it all before he was even 30 years old. 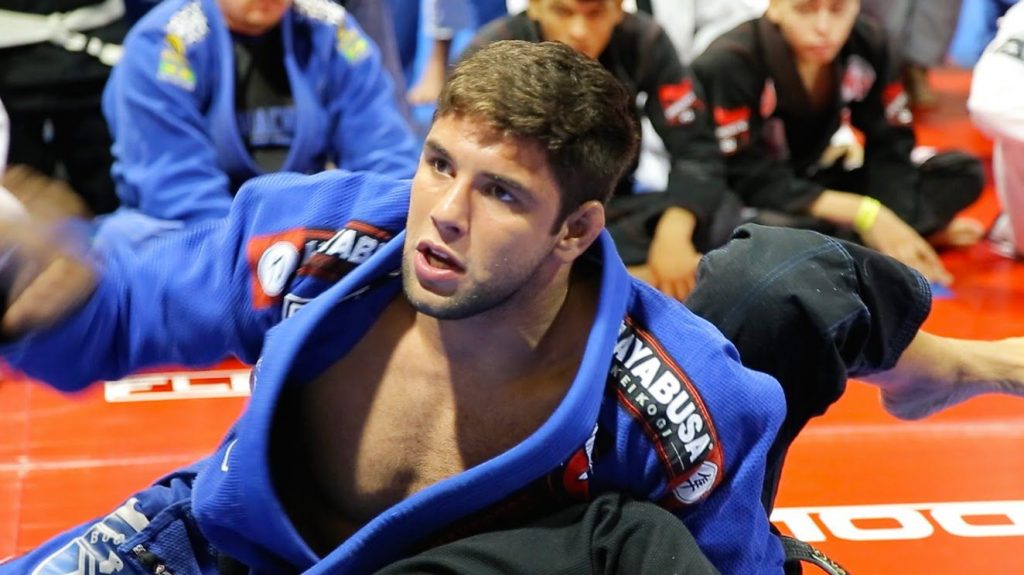 An interesting fact about Buchecha’s career is that he might not have been the most decorated BJJ World champion ever if it wasn’t for – a knee injury. In the 2015 Worlds, he suffered a tear to all his knee ligaments in the quarterfinal match against Ricardo Evangelista. The injury delayed his plans to transition into MMA right after the 2015 Mundials. In fact, it derailed him for almost a year, but he came back quick and won double gold at the following year’s Mundials. It was the injury that made Almeida reconsidered his future in MMA, and dedicate completely to Brazilian Jiu-Jitsu. It was all worth it, as he quickly went on to achieve legendary status in the grappling world.

In fact, Buchecha won more titles after his knee injury, than he did before. In the process, he still kept developing his game, incorporating fearless wrestling and a signature half guard and toe-hold game, as if his knee was never hurt.

The Sky Is The Limit

The question remains, though, what is left for Buchecha to conquer in Jiu-Jitsu? Apart from superfights, or submission-only tournament appearances, Buchecha really doesn’t have anything else to p[rove in jiu-jitsu. I doubt anyone will get near to the number of BJJ World Champion titles he has anytime soon, if ever. Of course, we’d all like to see him battle Gordon Ryan again and a handful of other big grappling names of today, but then what? Well, as it turns out, Buchecha’s MMA dream is still not over.

In fact, with most of the big-name grapplers of Buchecha’s generation like Rodolfo, Kron, and Mackenzie Dern all having made a successful transition into MMA, the time seems to be ripe for Almeida to do the same. As it seems, he has been dabbling with MMA training during the lockdown, when BJJ training isn’t really a viable option anyway.

In any case, Buncehcah is far from done, and the BJJ World Champion legend is bound to have lots of success n MMA as well. Until we get to see him in the cage or octagon, though, we do have some quality Buchecha DVD instructionals to look at, in the form of his Half Guard and Folding Pass DVDs.

The greatest ever BJJ World Champion and most certainly one of the GOAT grapplers, Marcus “Buchecha” Almeida is still quite young and has a lot more to showcase in combat sports. Of course, I’d love to see him keep grappling while he is doing MMA, but I can’t say that I’m not curious how he’d do against some of the heavyweight MMA prospects and champs out there.