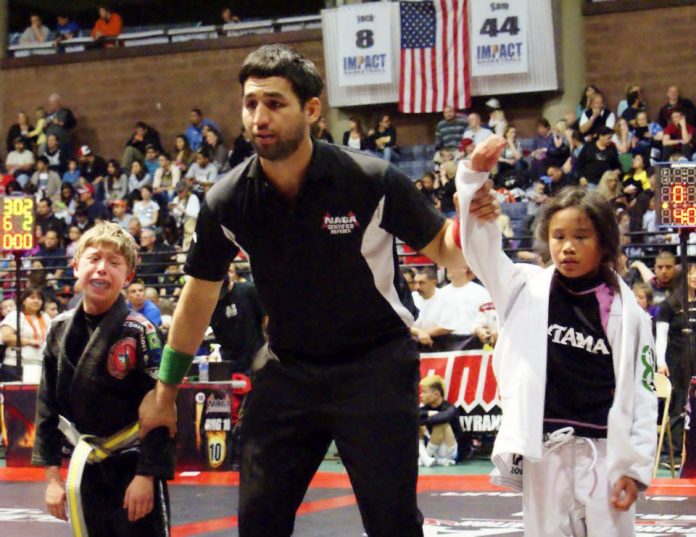 Defeats hurt in any walk of life, regardless if it is sports or some other aspect. To that extent, every competitor has to deal with defeat at a certain point. However, defeat in martial arts is a particularly heavy burden to bear.  It is not just that you lost, but you lost a fight, which makes defeat taste twice more bitter than in regular sports. Still, in grappling, we pride ourselves at saying that in every defeat, there’s a BJJ lesson to be learned. This is true, but are you really learning from your defeats, or just use the phrase as an excuse?

There’s n getting around the fact that if you compete, you’re going to lose. There are several things though, that can make defeats feel much heavier than they actually are. In fact, any defeat, whether in BJJ poor in life is nothing serious when you come to think about it. IN terms of grappling, you’re going to have to face defeat at all times. The only question is, whether you’re on the giving or the receiving end of it. And, in case of the latter, can you get a BJJ lesson out of the experience or is it all for nothing?

“You Either Win Or You Learn”

Do you know who the man behind the “You Either Win Or You Learn” quote is? It is Nelson Mandela, Depending on how you look at it, he was either extremely wise and ego-free or came up with the most utilized excuse for athletes that’s ever existed. Granted, Mandela’s battle was a much bigger one than a BJJ match, but for competitors, a match is just as important as a revolution when they’re on the mats.

When it comes to actually learn a BJJ lesson from a loss at a tournament, this quote makes sense. The hardest thing, though, is actually taking something positive out of a defeat. IF you can do that, especially after losing a fight, then you’re a state of mind is perfect for grappling. In fact, everyone’s goals should be to really embrace this quote. However, let’s be realistic. Not many people actually learn from loses. Instead, they use the quote as a crutch to lean on when things don’t go their way. 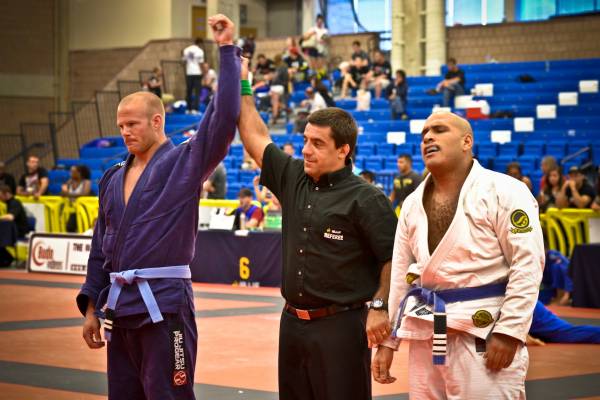 How many times have you heard someone state “You Either Win Or You Learn” after a match? It has to be in the thousands, depending on how frequently you visit  BJJ tournaments. Now, tell me, how many times has winner uttered those words, or wrote them on social media? Yeah, that’s right. I doubt this is the way Mandela intended to come across. However, there’s still a lot of value in this sentence. If you can leave your ego aside for just a few minutes, and analyze your performance you’ll find not just one BJJ lesson there, but whole years worth. And yeah, when you get to learn a key lesson, suddenly the defeat is nothing to be ashamed of. In fact, it stops feeling like a loss altogether.

What Exactly Is The BJJ Lesson In Defeat?

The tap in Jiu-Jitsu is the ultimate way of surrendering. Many times, people use the analogy that a tap means you’re giving up faced with certain death. In some cases, this is true., Knowing that someone could actually take your life is humbling. However, trying to get to a position where you’re going to do the same to a person in a perfectly safe manner is what makes us love Jiu-Jitsu.

Still, the facto f the matter is one person will be on the losing side. This is really important in competition, but also in training. And don’t let anyone fool you., everyone has an ego. Yeah, even those black belts that seem like they’re alien, they have egos too, and they too don’t like tapping. The first BJJ lesson you can get out of a defeat (and perhaps the most important one) is dealing with your ego. It’s not about leaving your ego at the door, because you can’t. However, finding a way to deal with it and not let it disturb you afterward is one of the greatest lessons you’ll ever learn in life!

Apart from this BJJ lesson which we all universally have to learn, there are also others. Most of the other lessons you can learn from defeat are actually highly individual. They pertain to your technical game, tactical preparation, and even your conditioning. A cardio tap is a clear lesson that you need to focus more on conditioning and switch your tactics. One of the greatest BJJ lessons I ever learned was in a match I led 6-0 and lost the match. Before I lost it, though, I lost the mount position, fell behind on points and ultimately gave up a choke. It is one of the best mount lessons of my entire life! 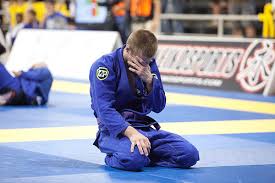 Do not even think about competing if you are not ready to lose. In fact, if you have a similar state of mind, you won’t even find training to be fun. Sport competitions are inherently set up so that someone has to lose. That is exactly what’s fun about them. The goal is to prove that you can better someone who is also experienced in your field. When it comes to BJJ, a loss for one out of two people is a certainty. Now, if it happens to be you on the losing end, you can make excuses and sulk, or take something away from it.

The thing with winning too much in BJJ is that you forget how to lose and, when you inevitably do lose, the defeat feels crushing. In fact, there’s a lesson somewhere in there too. Getting used to beating everyone is a great way of ending up confused after a defeat comes your way. The people that can actually learn from such a moment, turn into the best grapplers in the world. Those that think they can get away with it and make excuses are likely to actually go on a losing streak and spiral. 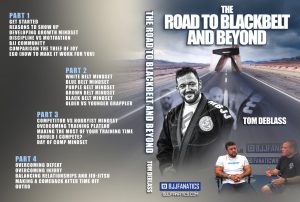 Check out the latest Tom DeBalss instructional that will really help you with your mindset. This unique bundle has two DVDs and an E-book to help you on “The Road To Black Belt And Beyond“. Pick it up and learn how to approach both training and competition!

Every Jiu-Jitsu match, every roll you do in training has a BJJ lesson to teach you. What that lesson is going to be is entirely up to you. Moreover, you have the choice of accepting or ignoring the lessons defeats teach you. If you chose to ignore them, and opt for an excuse, you’ll have much slower progress in BJJ. If, on the other hand, you really learn your lessons, very soon you’ll start running out of defeats. That is when you start teaching lessons of your own!

BJJ Competition Training: How To Prepare Like The Best

How To Get Over Grappling Competition Anxiety