The biggest problem with learning BJJ nowadays is that there are too many people teaching it. Having so much knowledge being spread is not a bad thing, do not get me wrong. However, it makes it tough to actually develop a style of your own. Instead, most people try and copy techniques or learn concepts form certain instructors. While this is going to bring you success it is not a long term solution. Enter Travis Stevens and his “Fundamentals And Concepts” instructional. By the end of this Travis Stevens DVD review, you’ll discover what I did – there’s a different approach to BJJ. And it works!

The best part about doing a Travis Stevens DVD review is that I get to learn something really unique every time I do one. Travis is a one-of-a-kind hybrid grappler that likes to keep his teaching extremely versatile. When he teaches Judo, he incorporates BJJ principles to make it more effective. Conversely, when he is demonstrating BJJ moves, he uses all his grappling knowledge to make them extremely effective. Plus, he always seems to be able to pinpoint the perfect subject fro his instructionals. Today’s is the much needed one of “Fundamentals And Concepts”.

Travis Stevens is an American grappler that is both a black belt in Brazilian Jiu-Jitsu and Judo. He is also an Olympic silver medalist in Judo. Travis is also in a great position to be teaching a highly effective blend of grappling given his mentors. In terms of Judo, he got his 5th-degree black belt from the legendary Pedro Sauer. Moreover, his BJJ black belt comes via the even more infamous John Danaher of the Renzo Gracie Academy. Oh, and he also has 27 years of experience in grappling martial arts. Virtually a lifetime. 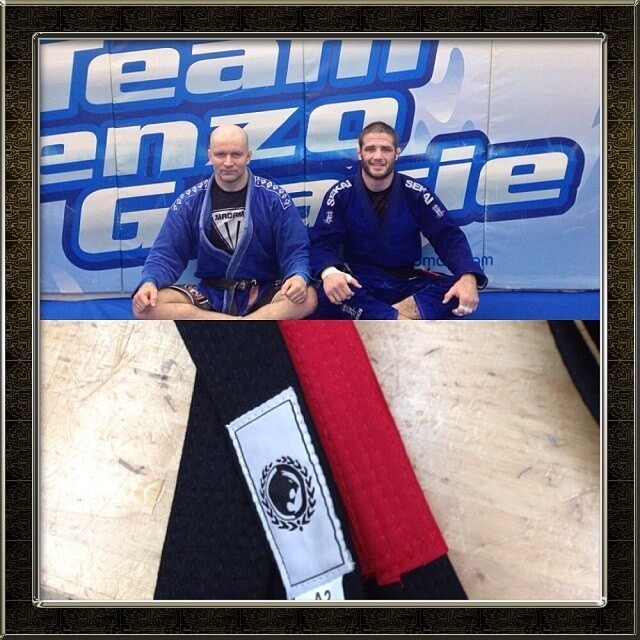 So far, we’ve seen quite the Travis Stevens DVD collection. He has a bunch of titles out, some highly specific to the standing aspect and others addressing specifically BJJ. Out of the bunch, I particularly enjoyed his grip fighting instructional as well as the one on guard passing. However, I have to admit, after doing this Travis Stevens DVD review, I have a brand new favorite – “Fundamentals And COncepts”

The reason I find this to be Travis’ best work so far is the subject. Don’t be fooled by the title, this is a DVD for all belt levels. What makes it stand out from the crowd is the fact that Travis will actually teach you how to learn BJJ. Yeah, it may sound strange, but bear with me. By the time this Travis Stevens DVD review is done, you’ll understand exactly what I mean.

This instructional is intended to help people understand how the most common BJJ positions work. The best part about is that you’re not getting a purely conceptual instructional, nor are you getting a bunch of techniques. It is a unique kind of a blend of both, which is due to Travis’ background. IN the “Fundamentals And Concepts” instructional, Travis goes over every aspect of Jiu-Jitsu, covering both offense and defense. during the time he’ll use and teach techniques in order to explain core concepts of JIu-Jitsu. That means you get both a concept and a fundamental technique that goes with it. Form there on, you can use that knowledge to actually build a game of your own, rather than try and copy Stevens’.

The DVD has four volumes, each covering different subjects. The organization is really easy, with DVD #1 starting with the closed guard. As I said previously, you get both offensive and defensive options. Volume two covers most of the top positions we use in BJJ from the half guard all the way to the mount. The third one focuses on the back and the turtle position and is one that contains lots of new information. The final volume goes over a few core submissions and how you can get the most out of them. Just for good measure, you also get to learn a few takedown concepts as well. AN in-depth chapter-by-chapter Travis Stevens DVD review follows below.

Kicking things off is the staple position of Brazilian Jiu-Jitsu – the closed guard. While most like to start from the bottom, Travis looks to open and pass the guard at first. To do that he covers some great concepts that will allow you to break open any closed guard. When it comes to the passing part, Travis opts for the Sao Paolo system as an example of highly efficient passing. 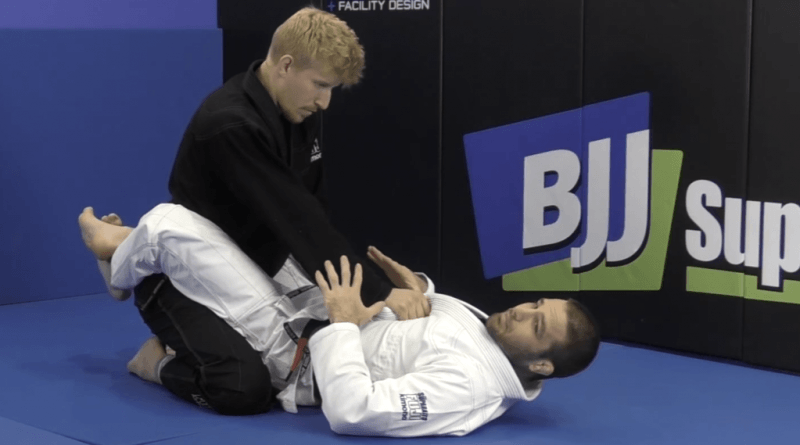 The attacking portion was going to have you working from the closed guard. Once again an overview of positional concepts serves as an introduction. When it comes to attacking, Travis uses two staple submissions to further explain his concepts. IN this volume, the triangle and cross collar choke is the techniques that’ll really force you to see the closed guard differently.

A couple of passing options against the half guard concludes this volume. These include a weave pass and knee cut along with some fundamental concepts. IN fact, they serve as an introduction to the next volume.

The second portion of the ‘Fundamentals and Concepts” Travis Stevens DVD covers the different ways in which you can control an opponent. Conversely, he goes over different positions in order to explain how grappling control works. Picking up where he left off, the bottom position of the half guard. The underhook is the example here, but it’ll open so many options form the half guard you won’t know where to start.

Side control concepts follow suite and are particularly useful. Travis’ Judo background is immense here as he manages to explain pressure and weight distribution better than anyone I’ve ever heard before.  A Kimura submission works as a practical example here. Al lI can see is that all this stuff makes a lot of sense. Oh, and escaping side control and recovering guard is also included in this portion.

The final part of this DVD is all about the mount. Suffice to say it follows the same pattern. You saw in this Travis Stevens DVD review. It ll starts with concepts of the position, followed by a cross collar choke is a fundamental example. The same holds true for escaping the mount, with the focus on actually staying out once you escape.

Learning how to attack them back, and particularly the turtle from a Judoka is just about the best thing you can do. The only thing better would be learning how to defend both those positions as Judokas do. And we all know how impenetrable their defenses can be.

The back control position starts with a collar choke, that serves as the foundation for explaining core concepts. Once again, this strategy proves extremely fruitful. It also serves as a base for exploring ways in which you can defend back attacks when you’re stuck in the position. Travis demonstrates a really cool step over escape that’ll revolutionize your back escapes.

The second portion of the third volume covers the turtle position. Apart from being highly utilized in BJJ, this is also one of the best defensive positions in Judo. Following the same pattern, Travis begins with attacking concepts first, teaching you how to open up turtled opponents and even finish with a choke. The defense part, though, is what makes this DVD more than worth its price. The concepts Travis provides go much further from the usual “squeeze everything and stand still” Judo tactic. IN fact, Travis offers actual escapes and reversals, to get out quickly and cleanly.

As our Travis Stevens DVD review comes to a close, it’s time to look at the fourth and final volume. IN ti, Travis offers his take on how best to submit people. As expected he sticks to fundamental moves but goes deeper than anyone else. What you get here is uber simple – armbars and chokes. However, the knowledge you learn applies to every chokehold and just about every arm lock variation in existence.

Finally a few moves from the standing round this incredible instructional off. However, instead of covering throws and takedowns, he actually goes over guard pulls. This portion offers ways of getting to both the closed and half guard when starting from the feet. With that, the ‘Fundamentals And Concepts” instructional draws to an end.

Picking up any and all Travis Stevens instructional is a safe bet that you’ll get better at grappling. However, if you really want to understand BJJ, ‘Fundamentals And Concepts” is the absolute best option for you. Whether you want to gain a better overall perspective, or you like to clear up a position or two, this is instructional to get. Time to give all fo this new information a go to the gym! 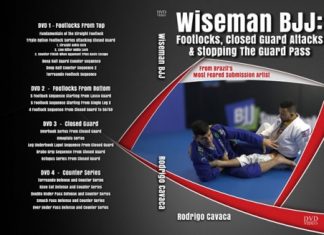 0
There is no one universally best strategy to use in Brazilian Jiu-Jitsu. There are, however, certain tactics that can ensure you get the most...