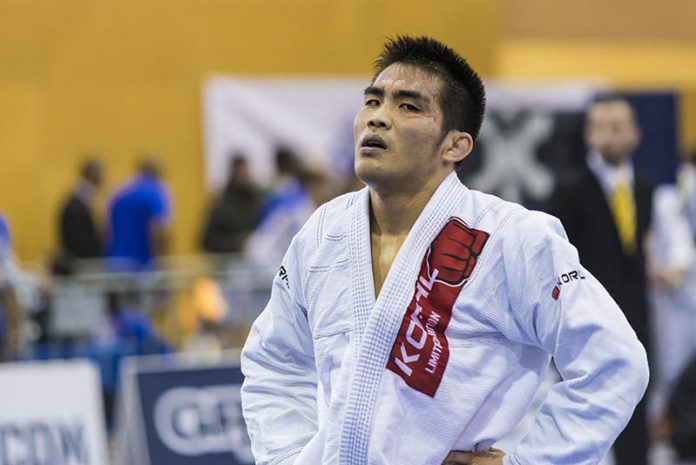 How often have you been frustrated in BJJ? I’d say something that makes you angry, or discontent happens at least once a week. These frustrations are part of the sport, I guess, and they will be present throughout our journey in it. Something you can bet is that you won’t have the same BJJ frustrations all the time – the change along with BJJ belt levels. However, you can bet that something will bug you at every belt, and that includes the black belt. Still, without these frustrating spells, progress would surely be much slower. Let me elaborate.

I don’t often get frustrated by BJJ, and I’m doing it daily. However, it does happen more often than I’d want it to, and sometimes, it just drives me crazy. It is not easy to fight people under the best of circumstances, let alone when you get frustrated along the way. It’s a very important part of the puzzle of Jiu-Jitsu though, as I’ve come to see along the years and across all the BJJ belt levels. It is still neither fun or something I look forward to, but at least I know it will make me better if I channel it correctly.

What are some common BJJ frustrations? I guess there are as many different ones as there are people training in the gentle art. I see people get frustrated for literally any reason imaginable while on the mats. And, despite me telling them how to cope, or trying to guide them pas the frustrations. I know that I get frustrated too, and in the initial moments of feeling that frustration, I do not heed my own advice at all. But I guess that’s how things work in this crazy sport of ours. 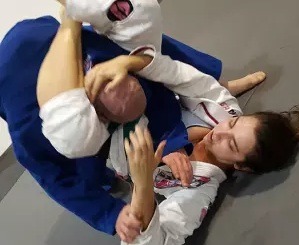 I already mentioned that all BJJ belt levels are marred by frustrations. I’ll go into each and every belt separately, trying to map out the most common sources of frustration in Jiu-Jitsu. Speaking of belt levels, one that is common for all, and everyone, regardless of what they say feels at a certain point, is the frustration of going to the next belt. We’ve all been there, hoping to get that next belt and getting slightly (or completely) frustrated when it turns out it is not our time. If you haven’t felt this yet, you will. It will pass, and it won’t happen at every belt, but let’s be completely honest, we’re all impatient to get to the next level, and would accept a promotion at any point.

Another BJJ frustration that comes at every belt level regardless of experiences is getting annoyed with techniques. It may be that they work on you, or they won’t work for you, but you will be annoyed. The answer here is obvious, stick with them, modify them, experiment a lot, ask a lot. Just being frustrated at someone getting your back and choking you all the time won’t’ really solve the source of your frustrations.

At different BJJ belt levels, you’ll get different BJJ frustrations. While training is usually fun and rolling, win or lose, leave people feeling good, at a certain point in time, everyone gets frustrated in training. The thing with frustrations like this is that they sometimes lead people to give up on BJJ, especially if they appear at crucial junctures in their Jiu-Jitsu journeys. Coaches need to be careful about how they navigate people through them, in order to allow students to deal with their frustrations. These frustrations don’t last, but they might be just the thing that pushes people away from a sport they will later thrive at. I’ve seen plenty of examples of people that have fought through and became amazing grapplers and ambassadors of the sport.

At white belt, surprisingly enough, there’s the least amount of BJJ frustrations. You’d think it would be the other way around, but no. White belts are usually aware that they know nothing, or very little and are driven by that fact (as they should be). At a certain point, especially as they near the blue belt, they’ll get annoyed at some things that they think they know don’t work as they expect them to. However, what is common for all of them is actually something really fundamental – nomenclature. I’ve rarely seen a white belt not get frustrated at all the names they hear. You have Japanese terms, English terms, Portuguese terms, plus any local language around the world. Along with the sheer number of techniques and concepts that is too much for any beginner to cope with and understandably, causes frustration at times. 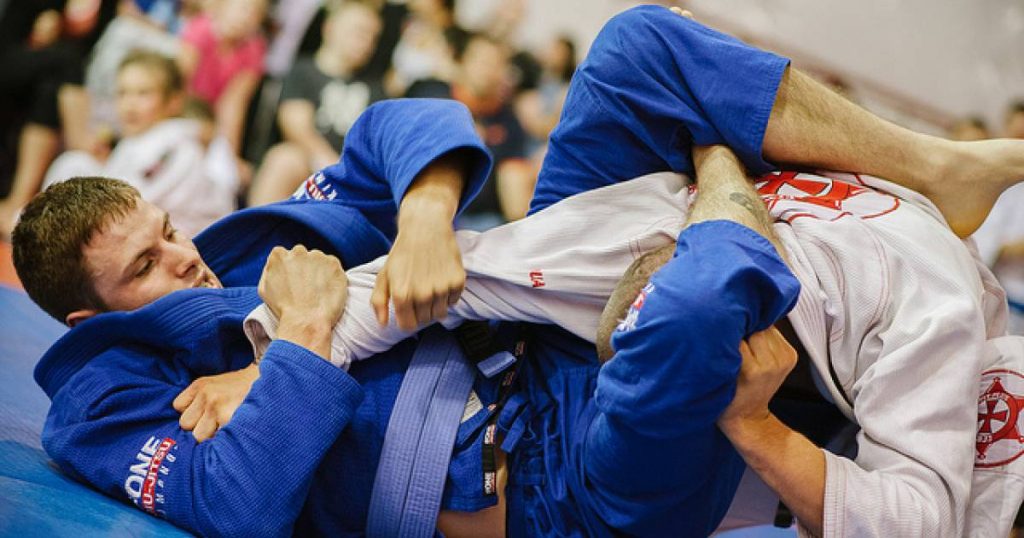 Blue belts are the folks that are strong contenders for the most frustrating category among all BJJ Belt levels. They do get a real run for their money by purple belts, though. Blue belts are where people’s Jiu-Jitsu game really starts to get forged. It is a belt of many frustrations, given that blue belts feel they’re not beginners and as such, should not be so easily submitted, passed, swept, or anything else that happens in BJJ on a regular basis. The truth is, they still have a lot to learn and that’s exactly what frustrates them.

At this point in time it is all about being better than fellow blue, and most definitely white belts. But that’s not always the case. The biggest frustration of blue belts is conceding anything, primarily to those close to their level. Also, this is the level where I’ve seen people fuss over stripes on their belts more e than any other. No wonder the dropout rate is so high among blue belts.

This is an easy one. EGO! Yeah, I know, you’re a purple belt, that means you’re ego has been quashed a long time ago. Only it hasn’t. And I am as guilty of that as the rest. I did not realize it at the time though. Ego is what frustrates purple belts the most. By ego, I don’t just mean tapping out to folks. Ego is when you get stubborn and focus on doing a move that will obviously not work due to a myriad of reasons. It is also about the fact that you’re not as good at BJJ as you think you are and that is a really frustrating thing.

Moreover, purple belts get really frustrated because they don’t want to admit to themselves that there’s a lot more to learn. It is the natural progress of things, I guess, and a part of this is skipping warm-ups and often times slacking during technical training, only waiting to try out the latest fad while rolling. Out of all the BJJ frustrations, this can be the worst one, as that ego might get transferred to brown belt and above, which can really halt your progress. Embrace the ego, learn how to deal with it, and don’t let it get on your nerves.

At brown belt, you’d’ think there aren’t too many things that can frustrate you. Guess again. Despite being around for quite some time, and being near to the coveted black belt, there are still BJJ frustrations to battle. As a brown belt, it is the understanding of Jiu-Jitsu that will cause most of your frustration-based headaches. Most brown belts are done with the fancy stuff and look back to fundamentals, trying to figure out why things work the way they do in BJJ. This is extremely hard, and it will bring about frustrations of a very different nature to the ones you knew before. Every new aspect of BJJ you’re’ trying to decipher will feel like starting off at white belt. The frustrations are the main driving force behind the success of brown belt shave, though, in every field: competition, rolling, teaching, personal progress, etc. 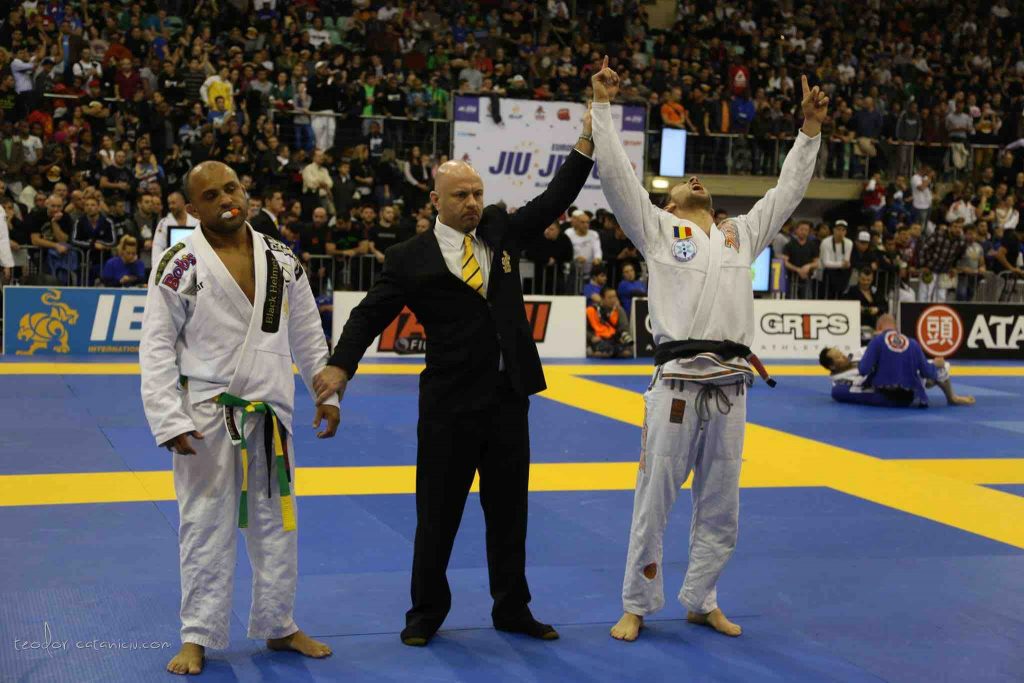 Just when you think that you’ve reached the top of the BJJ belt levels, and BJJ frustrations will play no more role in your grappling adventures, you’ll figure out that you’re probably more annoyed than ever before. What annoys black belts. All other belts, to begin with. They’re not really a source of frustration technically but are in terms of running/managing an academy. Most black belts out there, have a teaching role of some sort. Believe me, dealing with purple belts or trying to explain to blue belts that the position sparring is not the finals of the Mundials can be a challenging task… to say the least. BJJ wise, there’s not much that can really frustrate a black belt, apart from academy related-things that take up their time and interfere with being on the mats as long as possible. That, and purple belts, of course.

BJJ frustrations will appear at all BJJ belt levels, and everyone will have to deal with them. Usually, they come and go. However, they might really interfere with your progress, or how you perceive BJJ at times. As important as they are to your progress, they also shouldn’t be stumbling blocks. Plateaus and frustrations can drive people out of the sport, and neither of them is a good enough reason to quit.