There’s absolutely no way that a grappler can execute every submission with the same rate of success. It just doesn’t work like that in Brazilian Jiu-Jitsu. Despite the fact that everyone can learn every move, not everything works equally as well for each person. This holds true for every category of the move, from sweeps to submissions.

However, in the case of submissions, understanding what works for you may be of crucial importance. finding out which the best BJJ submissions are for you, means you can focus on what works. Spending time working on the best options for you is going to make you extremely proficient in executing them. And, if you’re a smaller built guy or girl, this takes on a whole new level of importance. Now, you not only need to know your top options, but you also need to know the best BJJ submissions to beat the bigger grapplers.

When you are a smaller grappler, looking to become successful in BJJ, you need to start off cautiously. Surviving the first few months are going to be more difficult for you than for others. Simply carrying the weight of larger opponents is exhausting. Factor in the fact they’re also attacking you with specific techniques, and it becomes near impossible. There is a specific way to build your jiu-Jitsu game in order to mitigate the size difference. Today’s focus, however, is going to be on only one aspect of it – the most important one. What are the best BJJ submissions small grapplers can successfully use?

For all us small people out there (I’m a featherweight) grappling can be a difficult task. The best way to get an edge is to use smart tactics when we’re rolling or competing. Going for an opportunity that presents itself against a bigger grappler is a great way to lose everything and end up on the defensive. Patience is key here, as well as meticulous work towards the ultimate goal – getting a giant to tap. to that extent, certain submissions do work universally both for all small people and against all the large people.

The Struggles Of Smaller Grapplers

In a sport where putting pressure on everyone, attempting to make yourself feel heavier than you small people have a really difficult task. They need to find a way to negate the natural weight advantage of their opponents. They also need to make sure larger grapplers can’t look to maximize weight distribution, making them even heavier. Smaller framed grapplers are also required to mount an offensive game of their own, one that’ll work without your opponent’s bench pressing you off them. 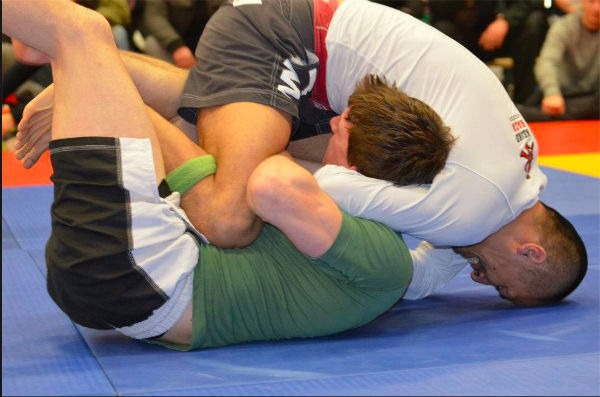 These are all valid issues that small grapplers need to overcome in order to become proficient grapplers. First and foremost, techniques should be the only thing you care for. make sure you have a solid gas tank and do not rely on strength in order to finish moves. A smart technical approach means you’ll easily deal with the fact your opponents are heavier. The strategic use of frames, for example, takes care of natural weight as well as weight distribution.

Next up, you can’t go for anything but the absolute best BJJ submissions that work against bigger opponents. The list here is not big, nor does it contain crazy flying moves. It is all about the moves which can put down giants with ease. But not only them. You need submissions that will work against opponents of all shapes and sizes. Once you identify these subs, you can build a truly effective submission game around them.

There are a few rules of thumb you need to look at when trying to be a small and nasty submission machine. The first thing to remember is to leave pressure alone. If there’s more than a 30 lbs weight difference between you and your partner, forget to be heavy from the top position. Actually, give up on them completely, apart from transitioning. And never ever try to hit a submission which only works if you’re heavy from the top. You’ll just end up flying.

Speaking of transitions, make sure you use them to their maximum. The best BJJ submissions work from solid positions. getting to those positions is hard when you’re obvious about it. So, whenever you’re transitioning, make sure you start setting your submissions up before you reach the final position. For example, start looking for a Rear Naked Choke while you’re in the middle of a back take. There’s no way an opponent is going to defend you sneaking your arm around their neck while they’re focused on defending the back take.

In terms of what are the best BJJ submissions that small people can rely on, there’s just one rule. use the stuff that works against everyone with the highest rate of success. On top of that, a good piece of advice is to figure out a sneaky submission or two. Still, make sure they fit the principles we already discussed above.

First of all, let’s look at what you shouldn’t look for against big opponents. Any choke that requires you to be in the mount, top half guard, or even topside control is probably not a good idea. Unless you’re in front, or behind your opponent, stay away from chokes. Furthermore, chokes like the D’arce or anaconda, which require a certain arm length are also not a good fit. And leave most elaborate and complicated lapel chokes to tall and lanky people.

The chokes that are going to work start with a very familiar one. The Rear Naked Choke is a great fit for a multitude of reasons. It has you behind the opponent’s back, it doesn’t require strength and it works against everyone. Plus it is one of the all-time highest percentage submissions in the history of BJJ.

A surprise one might be the guillotine choke. many people see it as a strength move but it is actually a really technical one. A guillotine works because it puts you in front of your opponent while having extreme control over your head. Moreover, it has your arms in a wide circle, which means you can get it even against the biggest of people. It works both in gi and No-Gi and has a few variations you can use. One really reliable one is the Marcelotine.

There’s no way we can discuss the best BJJ submissions for small people without mentioning the loop choke. It is a Gi version of the guillotine and is really reliable, Plus you can get it from the bottom half guard as well as against a turtled-up opponent.

Once again, we’re starting with what you shouldn’t do. Positionally speaking, unless you’re training with John Danaher, do not go for the outside Ashi Garami. It opens up too many options for your opponent to crush you. Also, forget about inverting in order to hunt for positions. From a submission standpoint, toe holds are the only ones that might fail you, due to how easy an opponent can straighten their leg. 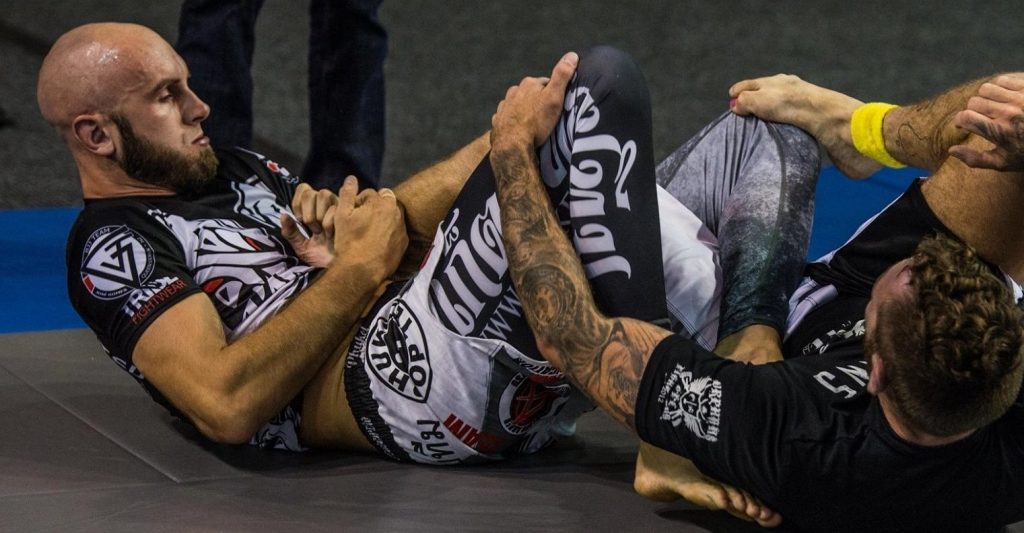 It is really easy actually. If you want the best BJJ submissions to beat big guys, go for heel hooks. Outside or inside, if you can do them, go for them! Just remember to skip the outside Ashi. Also really effective are ankle locks, although some people might be able to power through them. Your best bet is to use ankle locks to set up better positions and more effective subs, like kneebars and heel hooks.

Positionally speaking, the 4/11 position is the absolute best one to use for heel hooks. You can actually transition in and out of kneebars from there as well. If you can’t use it, go for the straight Aashi Grami and focus on ankle locks.

As far s submission s to skip when battling bigger opponents, give bent arm subs a pass. Kimuras and/or Americana submissions are not going to work really well against anyone who is stronger than you. People are going to be able to pick you up and shake you off with ease. The same holds true for the Omoplata.

The absolute best arm-based submission? Wristlocks.No matter how big and strong someone is, their wrists are probably the weakest part of their body. Learn how to wristlock people, especially from the closed guard. They’re arguably the best BJJ submissions, period!

If you want to go for a different kind of submission, use the straight arm lock. From the bottom of half guard, there’s hardly a better and easier submission than this. Pair it up with a loop choke and you have a deadly combo right there. The straight armbar is also good, but only if you catch it tight while transitioning.