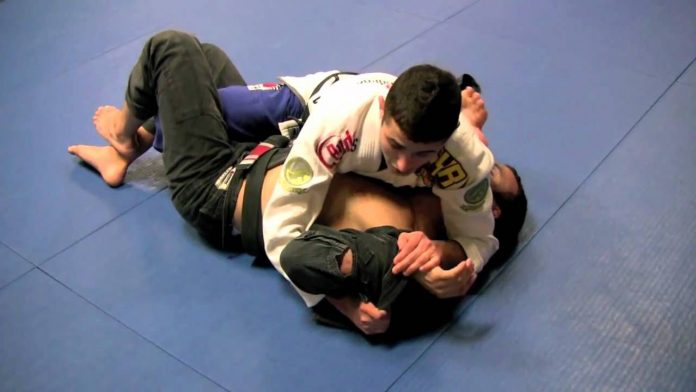 The most exhausting debate the BJJ world faces is not one about rules or illegal techniques. It’s also not about which school is the best or what’s the best P4P grappler out there. The greatest debate of the grappling world for years has been Gi vs No-Gi. Today, we’re going to provide all those Gi proponents with some additional points in this everlasting debate. The Gi might have a host of drawbacks, but for, now, we’ll look at the advantages. Moreover, we’re going to check out the best ways in which you can submit someone with it. After all, taking someone’s BJJ Gi and finishing them with it is the ultimate victory you can get.

The BJJ Gi is an essential part of Brazilian Jiu-Jitsu. However you put things, there’s no Jiu-Jitsu without the Gi. It’s very easy to say just train in both Gi and No-Gi and be done with it. However, in practice, things are rarely that simple. Both these disciplines require dedication and time. While you definitely can learn useful things that apply to both, you’ll eventually have to choose a favorite. At least if you want to be effective at the highest levels. If the BJJ Gi is your choice then this article is for you. If you like to roll in a rashguard and spats, then this article can make the few sessions you have with the Gi a real pleasure.

Choking people with the Gi is nothing new. In the spirit of uniting Gi and No-Gi, here’s an example. You’re rolling with the Gi and go for a rear naked choke. As much as you’re fighting, there’s just no way to finish. However, if you just look around you’ll see that you’re already more than deep enough for a tight lapel choke. This is just one example and the simplest one at that. Today’s topic is not about lapel chokes from the back. We’re going to explore some more unorthodox ways in which you can use an opponent’s own Gi to finish them with ease.

Attacking With The BJJ Gi

The BJJ Gi is a true remnant of the past. In most other arts, the Gi is considered to be mandatory. In striking arts like Karate, people wear it without even touching it. Judo guys depend heavily upon it but always in the same patterns. In Brazilian Jiu-Jitsu the Gi has much more of a crucial role. For one, grip fighting usually sets the tone of a match. IN order to successfully grip fight, you need to be able to control a Gi. As BJJ evolves, so do gripping sequences and the opportunities to attack by using the Gi.

However, simply gripping for control is not the only way to attack someone with the BJJ Gi. There are plenty of ways to use the Gi to your advantage. There are countless submission opportunities available. From chokes to armbars and neck cranks, you can pull off brutal submissions using the opponent’s Gi. However, in order to have success with it, you’ll need to know which parts of the Gi are best used to attack.

For one, you have the collar. The collar choke from the back is the most usual option. However, there are plenty of other ways to finish with the collar. The collar is the part of the BJJ Gi that extends from the chest, around the neck and back. The continuation of the collar lower than the belt is usually referred to as the lapels.  You can use the lapels while they’re tucked in under the belt, or release them to gain more material. You might find people calling tucked lapels “the skirt”. The belt is self-explanatory, although you do not have many opportunities once it comes undone. When it’s tied, you can either control the wrapped portion or the hanging ends of the belt.

Choking with the Gi is probably the most common BJJ move. Since we’re focusing on less conventional moves today, we’re going to use lapels and sleeves to finish, instead of the collars. This is a great way to surprise an opponent with an inescapable strangle.

One very cool choke to have in your arsenal is the lapel Ezekiel choke. Whenever your opponent is tucked in while you’re inside control, this is a great option. Use your positioning to extract the opponent’s far side lapel from their belt. Once you have it, grasp the end and use it to trap their far side arm. To do this, simply add the label to the hand you have under their head. Now, use your far side arm to insert it in the loop you created with the lapel. Thread it as far as possible and finish like you usually finish an Ezekiel choke.

Our next options come from side control as well. All things are the same up to the point of threading an arm in for the Ezekiel. Some opponents are going to be so tucked in that you won’t be able to use to loop. If that’s the case, pop up to knee-on-belly and simply thread a hand in, palm to the ceiling. You’re now all set for a lapel baseball choke. You just need to get to North-South and you’re done.

Speaking of lapel chokes, loop chokes can surprise even the most experienced opponent. Especially when you add an unexpected twist to them, on that Alexandre Vieira knows all about. Learn everything there is about loop chokes from the best in the business from the “Crucifix And Loop Chokes” DVD set.

If there’s one thing most opponents won’t expect, it’s an armbar from closed guard with the help of a lapel. From the bottom, you’ll have to get the opponent’s lapel-free on one side. Next, you need to thread it over their upper arm, much like an overhook. The aim is to control the free part with your opposite side arm, as tight as possible. From there on you finish just like with a regular armbar. Open your legs, change the angle and pop the hips up.

Another very sneaky arm locking option is a lapel wrist lock. Remember the position we did for the side control Ezekiel and baseball choke? Well, its; the same setup all over again, only a different finish. If your opponent is particularly stubborn, simply switch the lapel control back to your far sidearm. Once there, make sure you keep their arm pinned to their body. Then, proceed to grab the wrist of the trapped arm with your other arm. Push their wrist downs towards their body and shift your weight forward for a very nasty wrist lock.

Since leg locks are the submission of choice nowadays, here’s a very cool toe hold variation to catch everyone by surprise. Granted, you need to use your own lapel instead of the opponent.s but it’s a great way to finish a toehold in a blitz.

Once in 50/50 thread your own lapel around the opponent’s leg, under the calf, and towards the inside. This will provide you with ankle control. To finish, you’ll need to keep wrapping with the lapel. Since it’s a toehold we’re talking about, you need to wrap the lapel over the opponent’s instep. Keep control of the lapel with your opposite side arm. to finish, simple thread in your free arm for a figure-four-like configuration.