In a case, you don’t know who Irina Shayk is, what is pretty hard to imagine, we’ll tell you. Irina, with a real name Irina Valeryevna Shaykhlislamova, is a Russian world known model, actress, mom (she has a child with Bradley Cooper) and she’s also a Jiu-Jitsu practitioner. 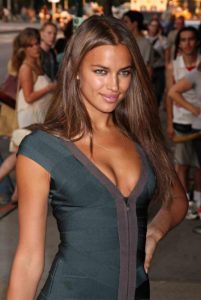 Irina is coming from a small town in Russia where she began her modeling career. But if you look at her it’s not hard to find out why is she the most popular model today. Maybe, her 5 years relationship with Cristiano Ronaldo did help a bit in her career but we can say that she did it all alone and she deserves all the fame she has.

What’s more interesting to us is the fact that she’s a passionate Jiu-Jitsu practitioner as she said in an interview. She’s training 4 times a week when she’s at home in New York.

“I work out a lot. I do boxing, I do a little jiu-jitsu which I am obsessed with,”

When she was asked why she trains Jiu-Jitsu she said:

“Because there are so many possible move combinations, it’s brilliant for constantly challenging my body and pushing it to exhaustion every time.”

She hates something that most of us training BJJ do and it’s running. I mean who likes to run when you can roll right?

“I hate traditional cardio. Running is my worst nightmare,” 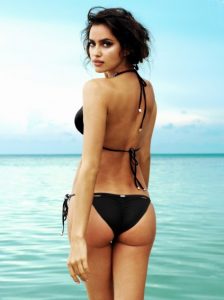 In her interview in Russian Evening Urgent show, Irina was asked provocative about her husband Bradley Cooper and Cristiano Ronaldo but she refused to talk about her former lover Cristiano.

What she wanted to talk about is her training of Jiu-Jitsu. And not only that, she was willing to choke out the presenter with a rear naked choke as you can see in a video below.

Irina is not the only celebrity that practices Jiu-Jitsu. There’s much more of them and we bring you the list of 58 celebrities that trains jiu-jitsu or they were training it before.

Mel Gibson is training Jiu-jitsu with Carlos Machado. What can we say? Mel Gibson is a pioneer in including Jiu-Jitsu in movies and he was doing it pretty well.

Even Justin Beiber is training Jiu-Jitsu and he’s not afraid to show his skills everywhere. Watch him sparring in a park.

Demi Lovato is one of the most passionate BJJ practitioners of all celebrities at this moment. She’s training with a World Champion and she’s a blue belt now. She takes pictures in Gi’s, Rashes and she’s not afraid to show her Jiu-Jitsu moves in every possible situation. She’s the great ambassador of Jiu-Jitsu and we hope that she’ll continue to chase her dream of becoming a BJJ Black belt