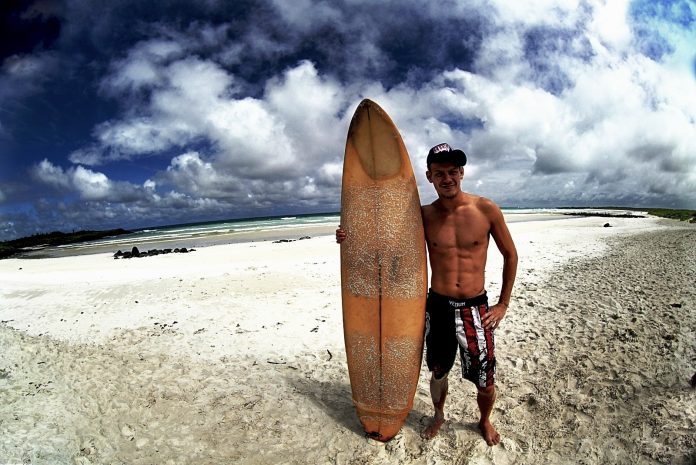 The moment you enter a Brazilian Jiu-JItsu academy you’re going to realize how out of shape you are. I don’t care if you can run Spartan races in record time or swim for miles. Once you attempt grappling you’ll be in a whole new world of movement. As such, only grappling is going to get you in fighting shape for grappling. However, if you’ve never trained grappling before, there are certain athletic disciplines that can help you improve your conditioning. Keep in mind, though that Jiu-Jitsu legend Marcelo Garcia had it right all along. the only way to get in top Jiu-Jitsu fighting shape is to do Jiu-Jitsu.

One thing that is always helpful is cross training in other grappling martial arts. Different arts require different body parts and energy systems that are helpful to Jiu-Jitsu training. Also, it is not just about having the cardio to endure rolling. For Brazilian Jiu-Jitsu you need flexibility, strength, mobility, agility, power… The list just goes on. All of these athletic capabilities can be developed, but it takes time to devote attention to each one separately. Luckily, in order to obtain top fighting shape for grappling, there are some disciplines that provide the best bang for your buck.

Cross-training in other grappling martial arts, such as Judo, Wrestling, Sambo, Luta Livre or Catch-Wrestling to name just a few, will directly impact and improve your Jiu-Jitsu. Even the greatest grapplers often choose to cross train for added benefits. For example, Roger Gracie trained Judo at London’s mythical Judo dojo “The Budokwai”. He also trains wrestling on a weekly basis. Some of the Gracies (Rolls, Rickson, Igor, Rolles, and Gregor) have quite a long love affair with Olympic wrestling. The Ribeiro brothers, on the other hand, have long been training with Judo star Flavio Canto.  In turn, they’ve helped Canto perfect his ground fighting skills.

The main emphasis in Brazilian Jiu-Jitsu is the ground game. That’s why some gyms, especially those competition oriented ones, don’t put enough emphasis on the stand-up portion. Some judo or wrestling training will open your eyes to a different aspect of grappling. And not only in a technical manner. Yes, you’ll learn how to throw somebody and instantly apply an armbar in Judo. But, you’ll also get a real forearm battering due to the grips and looser design of the Gi. Judokas are also notorious for their strength, which is a direct byproduct of training modalities. Do Judo. Become better at Jiu-Jitsu. Easy, right?

Sambo, on the other hand, is great for including a nasty leg lock or two in your game. Catch wrestling and Luta-livre offer a variety of cranks and heel hooks that you may never learn in Jiu-Jitsu because they are illegal. What you can take away from wrestling in a conditioning sense is drilling. Wrestlers are in amazing fighting shape, with matches every weekend during the season. Their philosophy of constant drilling is the backbone of their shape.

Getting In Fighting Shape For Jiu-Jitsu

Apart from other grappling martial arts, which bring the added benefit of increased technical prowess, some athletic disciplines are just tailor-made to complement Jiu-Jitsu training. If you’re short on time you can always go for the Marcel oaapproachWhen you go for a roll, find a willing partner and go 10 0%. That’s a 100 % effort, not mindless cranking on arms or legs. The idea is that 5 minutes can look and feel very differently in Jiu-Jitsu. You can take things slow and steady, or put in some cardio work along with the technical stuff.

For those that like doing athletic “homework” to get in fighting shape, here are your top options:

If you train Jiu-Jitsu, then you have most probably heard of or have seen some videos of your favorite fighters training natural movement. But how can you define this type of workout? Connor McGreggor’s movement coach, Ido Portal calls this natural movement. In a more Brazilian Jiu-Jitsu friendly context, there’s Ginastica Natural.

Ginastica Natural is a complete bodyweight training method that develops physical qualities like strength, power, endurance, mobility, durability, balance, flexibility, coordination. Some of the benefits include increased muscle tone, weight-loss, and core stability. Ginastica Natural is also heavy on breathing techniques, providing the practitioner with great progress in both mental and motor control.

Ginastica Natural was developed in the heart of Brazil, 25 years ago by fitness trainer and black belt Alvaro Romano. Romano adapted ancient techniques, modern and natural in a completely unique manner. Master Romano has been around the Gracie family for years and his training techniques have been used widely by the Jiu-Jitsu community. Some famous practitioners of Ginastica Natural include Rickson Gracie, Saulo, and Xande Ribeiro, Vitor Belfort, Georges St Pierre, Anderson Silva, Minotauro, Roger Gracie etc…

The movements of Ginastica very closely resemble those of Jiu-Jitsu, and as such create familiar motor patterns. You won’t really get used to technical standups while running. However, integrating them into a free-flowing routine along with bodyweight moves, you get a great workout while getting in specific fighting shape.

Limber Up With Yoga

Yoga is a great complement to Jiu-Jitsu since it stretches your muscle fibers giving you much more flexibility. This will automatically translate into fewer injuries. The benefits are so many that it leaves no doubts why many top athletes choose to use it as a tool in their arsenal.

Apart from preventing injuries, which is already a great plus, it will also help you strengthen your joints. It also helps you concentrate more on your breathing patterns. This really helps to keep you calm during a fight a. Yoga also helps in avoiding losing positions often, since some kinds of Yoga will work on your isometric strength a lot. Once more, we can mention the name of Rickson Gracie, who used Yoga and breathing exercises to complement his training routine.

Some of the major benefits of doing Yoga for Jiu-Jitsu include fewer injuries, better breathing, and increased flexibility. You also get a stronger core, smoother movements, energy conservation and improved balance. Perfect for grapplers.

It’s already well known that many Jiu-Jitsu practitioners also surf. Grappling legends from Rickson Gracie to Marcus “Buchecha” have been known to enjoy the waves. Even major apparel brands like RVCA and Red Nose are connected to both sports. The reason isn’t only because Jiu-Jitsu actually started and got greatly developed in Rio. It is also because surfing demands a lot from both the body and mind. You need to have very good physical attributes and balance. You also need that special instinct that tells you where to go and what to do while surfing a massive and dangerous wave. It is exactly the same as during a tough Jiu-Jitsu fight.

Surf and Jiu-Jitsu have a lot in common as both are a lifestyle. Many surfers train Jiu-Jitsu. Some of the most famous ones are Joel Tudor (a Jiu-Jitsu black belt) and the Michael Jordan of Surfing: Kelly Slater.

This is a no-brainer and most of us probably already do some kind of strength and conditioning training. This is actually a very broad term because different forms of weight training can vary drastically. Some might go for a powerlifting style of training, focusing more on pure strength. Others might choose a cross-training approach more connected to conditioning and explosive strength, making the options almost infinite. Weight training can also help with rehab prior to returning to training after an injury.

To get into top fighting shape, you can also include running into your conditioning plan. However, for most grappling-related benefits ditch the slow and long duration work. Instead, go for sprints or HIIT intervals. That way, you’ll both be done faster and increase your gas tank fast!