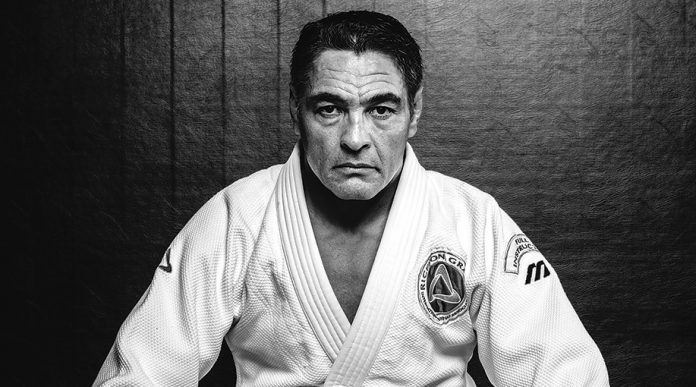 We were writing about Rickson’s support of a Convicted Child Molester David W. Arnebeck. David is an owner of 3 martial arts schools and he was sentenced for child molesting of a 15 year old girl back in 2013. It wasn’t his only misdemeanor as, according to court records, David Arnebeck was first convicted of a prostitution-related misdemeanor in Minneapolis in 1996.

Today, Rickson Gracie decided to break a silence so you can read what he wrote on the JJGF Facebook profile

“This statement is in regards to my association with David Arnebeck. I take full responsibility for allowing Mr. Arnebeck to continue his membership in the JJGF. Considering the final court ruling that he was permitted full unrestricted normal contact with minors, which declares that Mr. Arnebeck was not to be considered as a danger to minors or to society and that I know him, his wife, his daughter and his work as a Jiu Jitsu instructor for fifteen years, I decided not to impose further penalties on Mr. Arnebeck other than those already given by the court. In doing so, I took the personal position that people who demonstrate the will to change and to pay for past mistakes should not be ostracised and excluded from society.”

“However, as of today, the JJGF is adopting a zero tolerance policy towards sexual misconduct. We believe it is necessary to unequivocally condemn any case of sexual misconduct, and Mr. Arnebeck has been expelled from the JJGF. We encourage any member from the Global Jiu Jitsu community to help us to enforce this policy and communicate any wrongdoing they are aware of.”

“I condemn in the strongest words predatory behavior that takes advantage of others. This type of behavior is intolerable and contrary to my life mission and the mission of the JJGF. I am passionate to empower protectors and self-defense through Jiu Jitsu.”

“Gracie Jiu Jitsu, in its purest form, is a system designed to give the weak tools to protect themselves from the strong. Decades after the art’s birth, the Jiu Jitsu Global Federation still believes in this mission.”

“We believe that Jiu Jitsu should be used to empower individuals, and we do not condone any person, group, or organization who would prey upon the vulnerable. We expect our members and supporters to be the best representatives of Jiu Jitsu, and that means upholding standards of morality, standards of character, and standards of ethics.”

“Individuals who would use Jiu Jitsu to do harm or who would put members of our community at risk are not welcome and will not be tolerated.”

“For those of you who work tirelessly to do good for your students and to represent the best ideals of our art, thank you. We need your work continue.”

This statement is in regards to my association with David Arnebeck. I take full responsibility for allowing Mr. Arnebeck…

As we can see Rickson Gracie Expelled David Arnebeck from JJGF (Jiu Jitsu Global Federation), but the main question in this case still remains active. Is this a bit too late and should Rickson strip David’s rank, black list him and make an example out of him? Should Rickson do this much before as he obviously knew everything about David’s conviction and his sexual misdemeanors? And do people like David Arnebeck deserve another chance?